Siler City, N.C. — It seems like the mystery of the Devil's Tramping Ground has always been part of North Carolina's mythology. However, all stories must have a beginning, and many would be surprised to discover written accounts of the tramping ground dating back into the 1800s – and oral accounts dating back to before the founding of the United States itself.

In short, it seems likely the legend of the Devil's Tramping Ground predates the American Revolution.

For centuries, locals have wondered over the mystery of the unchanging, dead soil surrounding the Devil's Tramping Ground. However, it seems the spot may have even more mysteries, such as: When did the legend first begin? When was the tramping ground discovered? And how did it gain such national fame?

Exploring the myths and origins of the Devil's Tramping Ground in North Carolina raises some eerie and spooky stories dating back centuries.

Tracing the written history back to the 1800s 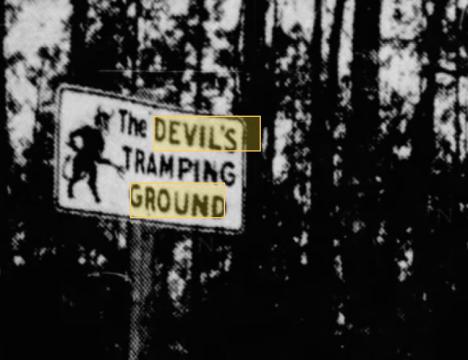 In 1956 the Charlotte Observer ran an article about the State Highway Department marking a route to make finding the Devil's Tramping Ground easier for travelers.

According to the article, for years the hallowed ground was only visited by locals, but a North Carolina writer named John Harden wrote a book about the tramping ground, drawing a wider level of fame to the spooky space.

"That brought a flood of sight-seers to rural Chatham County in search of the place," said the article.

In 1955 the State Highway Department, seeing the popularity and tourism potential, put up directional signs, marking the route and labeling the tramping grounds. However, many of those signs appear to be gone today. 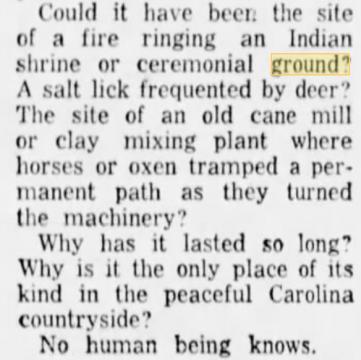 W. A. Bridges Laboratory in Wilson ran tests, then, still flummoxed, sent samples along to Dr. I. E. Miles, Director of the Soil Testing Division of the NC Department of Agriculture.

Tests determined that the soil was sterile, and newspapers called the mystery 'halfway solved.'

But, they acknowledged, even those tests did not determine why this strange circle of sterile soil exists, nor why it has persisted for centuries.

"Knowledge of this place of mystery dates back the years of recorded history. Back to the days when [Indigenous tribes] roamed the land. Before Columbus set foot upon the New World."

"The Devil's Tramping ground, it seems, was sacred to the [Indigenous tribes]. They used the spot for ceremonial rights," the article continued.

Though it's not clear where the newspaper sourced its information relating the mysterious circle to indigenous tribes, that theme continued throughout written history.

Some legends even said treasure was buried beneath the subsoil, and its presence may be what's causing the soil to be sterile.

"The spot is still shrouded in mystery," concluded the article. 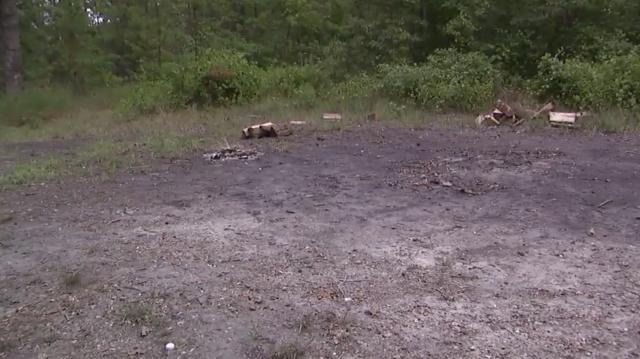 Even in the 1930s, newspapers were publishing stories about this generational legend. The Chatham Record wrote, "For more than a hundred years, and how much longer no one apparently knows, this spot has not materially changed appearance."

In the 1930s, however, a new wrinkle appeared in the story – a great black beast that chases hunters and their dogs away. The legend of this beast has seemingly not survived in more modern iterations of the tale.

"There is a story current of how coon and possum hunters and their dogs have been on more than one occasion chased from the vicinity of the Devil's Tramping Ground by a ferocious beast said to resemble a black bear." 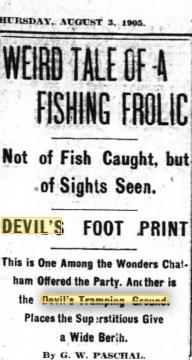 In 1905, a story was released in The Carolinian newspaper entitled, "Weird Tale of a Fishing Frolic: Not of Fish Caught, but of Sights Seen."

The tale was written by G. W. Paschal.

"We visited a much greater wonder which presents some phenomenon which is also ascribed to His Satanic Majesty, and known as the Devil's Tramping Ground."

"There is a legend that an Indian Chief is buried here," wrote Paschal. And the Chief's tribe brought earth in blankets from beyond Deep river and planted it in wire grass.

"This is probably a true story, for with my knife I dug up some of the earth in the circle," he wrote. He describes roughly two inches of soil being "bluish, clayey, looking earth that is markedly different" from the soil outside the circle. "So it is evident that the earth was brought here."

Paschal also described another nearby place known as The Devil's Track: An enormous stone, which he describes as hundreds of thousands of years old and obviously placed under immense layers of pressures. "Yet here in it is a track such as a barefoot child would make in soft mud." 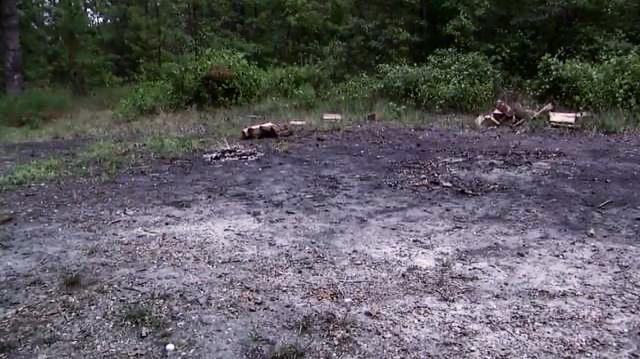 Even farther back, an article from 1882 refers more overtly to the indigenous tribes, which likely still lived in the area. He wrote that they "Have all a superstitious dread of the place, and it was with difficulty that I succeeded in getting one of them to visit the place with me for the purpose of digging into it. After getting about three feet and finding nothing, he was so impressed with the supernatural origin that he refused to go any further."

The author compares the place to fabled fairy walks in Ireland, and says, "The Old North State is not without its curiosities."

In 1882, another article referenced people nearly 100 years old who remembered seeing the tramping ground and hearing stories of it when they were children, possibly as far back as the 1780s. That would mean even settlers prior to the founding of America could have been aware of this legend – and it's possible it goes back even further. 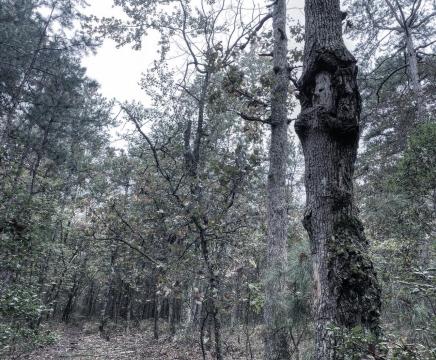 Paranormal investigator Kevin the Custodian Ghost Hunter captured a mysterious fog moving through the woods while out doing an investigation. A still from his video shows the fog hovering behind a person standing in the foreground. 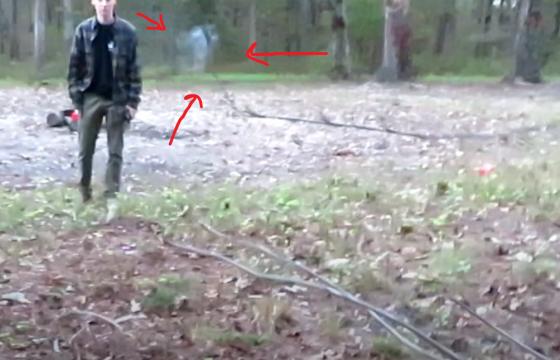 The full video of the strange occurrence can be found here.

Today, the Devil's Tramping Ground is on private property. Unfortunately, many people report the owners struggling with litter and trash being left all over the ground by trespassers.

Although Google lists the Devil's Tramping Ground as being "open" as a camp ground, the land is on private property and, likely due to struggles with trespassing and litter, no one is permitted to visit without permission.

If you have a piece of history – or, during October, a spooky legend – you'd like to see explored, email hleah@wral.com with your ideas!!