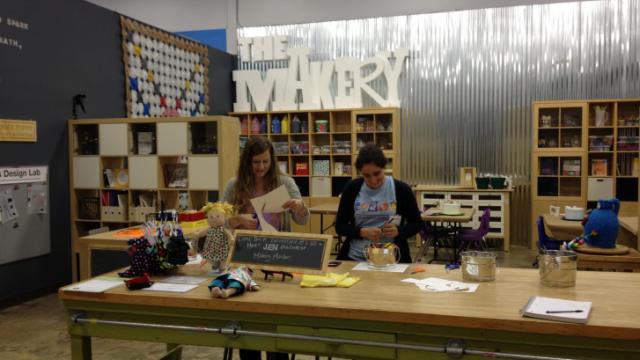 Kidzu has been in a series of temporary spaces as it prepares to build a permanent home off Franklin Street. It closed its Launch Pad at the mall to make way for the new Silverspot Cinema, which is expected to open in 2015. Kidzu leaders hope to open in a new spot in the mall in mid-November.

For now, however, Kidzu has a home in a storefront next to Mitchell's Salon near Southern Season. Starting Tuesday, the space will be open from 10 a.m. to noon and 3 p.m. to 5 p.m., Tuesday through Friday, and 11 a.m. to 2 p.m., Saturday. It will be closed from noon to 3 p.m. on weekdays.

Each day, staff will feature drop-in programs and hands-on activities, according to an email from Kidzu. Possible activities might include storytimes, crafts, dance parties and cultural enrichment. They'll be different in the mornings and afternoons.

Kidzu staff also is showing up at programs around the Chapel Hill and Carrboro communities.