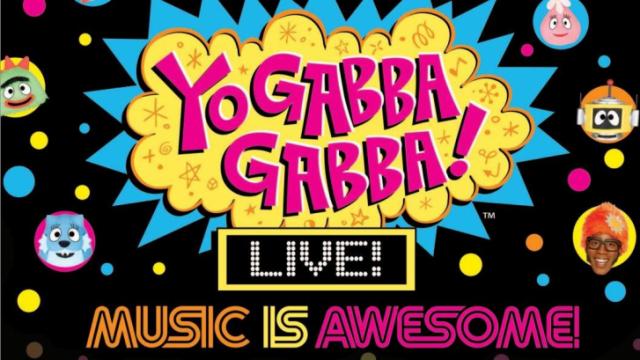 There's a party in my tummy!

I'm sorry ... can't resist that Yo Gabba Gabba line, which I used more than once during meals when my younger one was little.

Yo Gabba Gabba Live hits the Duke Energy Center for Performing Arts in Raleigh with shows at 2 p.m. and 5 p.m., Nov. 8. The rock concert for kids and their adults features characters from the popular Nick Jr. show, including DJ Lance Rock. The live show is celebrating its fifth anniversary on the road.

This season's show is called "Music is Awesome!" Tickets start at $21.75 per person. Kids ages 12 months and up must have a ticket.