Will second half of Cooper's term be more productive than first? 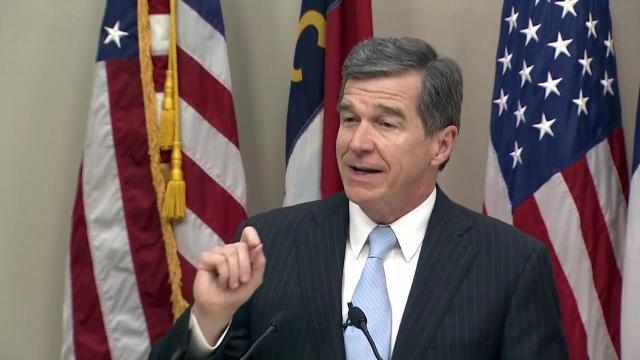 Raleigh, N.C. — A flip of the calendar could bring a change of fortunes to Gov. Roy Cooper's administration.

The first half of Cooper's four-year term has been marked by frustration and litigation. When the Democrat wasn't fighting Republican legislative leaders in court over various measures they passed, his proposals were either being ignored or steamrolled by the GOP's veto-proof majority in the General Assembly.

Cooper vetoed 28 bills over the past two years – equal to the number former Govs. Mike Easley, Bev Perdue and Pat McCrory issued in the previous eight years – and Republicans have used their overwhelming majorities in the House and the Senate to override 23 of them.

The governor's annual budget proposals have fallen on deaf ears, with lawmakers setting their own spending priorities, and his occasional chiding of the General Assembly for policy differences only exacerbated the ill will between the two sides that has existed since before Cooper took office.

Cooper has had more success getting his way in the courts, which have overturned some GOP-backed laws, such as changes to the state elections board, and forced lawmakers to rewrite other measures, such as two proposed constitutional amendments that were later defeated.

But the GOP super-majority, which lasted for six years, is no more. Democrats picked up enough seats in both the House and the Senate in the midterm elections to give themselves and Cooper more leverage in negotiating the budget and policy proposals, as Republicans don't have enough votes to push through bills on their own if Cooper opposes them.

"Now, we have the kind of balance where consensus can be forced and people have to sit down at the table and talk about how we approach these things," Cooper said in the days following the November election.

That balance might help Cooper fulfill more of his campaign promises before his term ends in January 2021. So far, he's achieved only four of the more than 30 promises WRAL is tracking.

Two of those victories came in 2017, with the repeal of the anti-transgender rights House Bill 2 and the restoration of the Teaching Fellows program. Last year's wins were both on the transportation front:

On the flip side, Cooper has broken three of his promises so far, by WRAL's accounting, including two last year:

Most of the promises remain works in progress – and they likely will remain as such until his term wraps up and a final call can be made. But Cooper's administration has shown progress on several fronts, from middle-income wage growth to raising teacher salaries to expanding broadband access in rural areas.

With a little help from the General Assembly, he likely will get to chalk up some more wins in the next two years, especially in economic and education-related areas.

EDITOR'S NOTE: An earlier version of this story had the I-77 toll road promise in the broken category. But the DOT later supplied information showing that the administration did indeed investigate the contract and has developed a strategy to eventually take control of the highway from the contractor that built it. So, we have flipped it from broken to achieved.