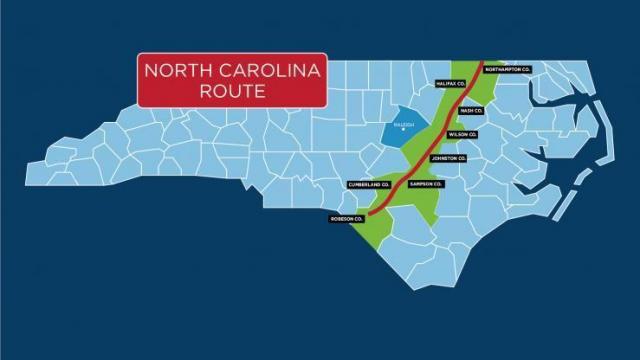 The General Assembly has held hearings on the fund and recently hired a private investigator to delve into whether there was any quid-pro-quo between the fund and the administration's decision to permit the pipeline, both of which were announced on the same day.

Cooper has denied any wrongdoing and said the Republican-led legislature's attacks are political. A similar fund was negotiated in Virginia, where the pipeline is also expected to run, but that agreement is more detailed than North Carolina's.

The agreement the Cooper administration negotiated expressly allowed the governor to move the money through a bank of his choosing, instead of the state treasury. He would have laid out the rules for economic development, environmental mitigation and renewable energy grants through an executive order that was to be drafted later.

Cooper has said the plan was to appoint a board to decide economic development and other grants along the pipeline route, but that was not laid out in writing. The legislature has since voted to reroute the money, which Dominion Energy, Duke Energy and other pipeline partners have not yet paid, to school districts in counties the pipeline will cross.

The pipeline project itself has been held up for a number of reasons, and construction has been halted.

The administration released more than 5,700 documents Thursday after 5 p.m. The document dump is a response not only to the General Assembly's repeated requests for information, but to media requests, including one filed by WRAL News in February and only partially filled at the time.

It will take time to dig through the documents. Most of those reviewed by WRAL News Thursday night were simply emailed news articles mentioning the pipeline, press releases the state put out about the pipeline and various news alerts mentioning the project. There is also a transcript of a WRAL News interview with Cooper's deputy chief of staff and members of Cooper's press office.

WRAL News has uploaded the documents to a searchable database of more than 19,000 pages.

Readers can share what they find on Twitter using the hashtag #pipelinedocs, which WRAL News will monitor.