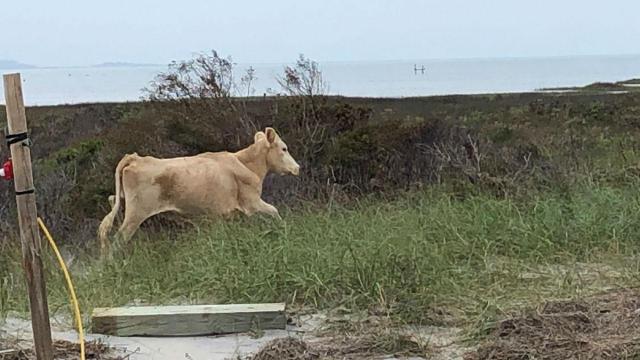 Officials said park staff, in partnership with Ranch Solutions, LLC., and Morris Marina Ferry Service, worked to round up the cattle in what turned out to be about a two-day operation beginning Thursday and lasting until Friday morning. The wild cows were corralled into a cattle trailer that was loaded aboard a vehicle ferry.

From there, the cattle and their wranglers were transported safely across the almost four miles of Core Sound to the mainland. Upon arrival at the ferry landing in Atlantic, NC, the cows were taken a short drive up NC Hwy. 12 to where the other cows were located.

“It took a lot of folks coming together to make this happen, and we are happy the cows made it home to Cedar Island,” said Cape Lookout National Seashore Superintendent, Jeff West in a press release. “I am pretty sure they are too!”

For more information, including photos and a video of their transport, go to https://go.nps.gov/wildcows.