Why a break from booze benefits women's health 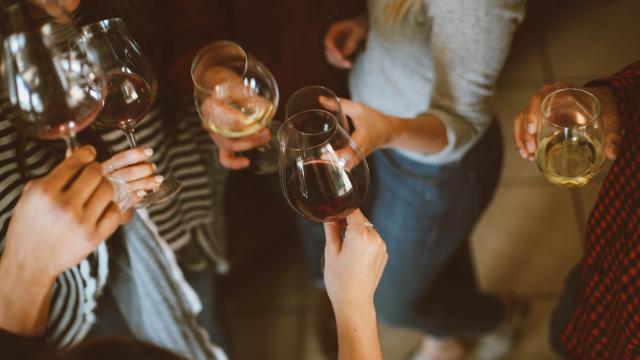 First things first: Drinking too much isn’t good for men or women. Alcohol causes and worsens a variety of health problems; it can damage our hearts and livers and raise our risk of cancer.

Women’s bodies, however, face special risks. Informal campaigns such as “dry January,” in which people choose not to drink for a month, might be especially beneficial for women.

Dr. James Garbutt, a professor of psychiatry at UNC’s Bowles Center for Alcohol Studies, shares how alcohol works in the female body and how to know if a break may be right for you.

First, women generally have more body fat than men, and alcohol isn’t absorbed into fat. Therefore, if a man and woman both have two drinks, a woman’s blood alcohol content will be higher.

Furthermore, alcohol is dispersed in the water available in a person’s body. Pound for pound, women tend to have less water in their bodies. This means their organs and brains are exposed to more alcohol and more of the harmful toxins that occur when the body breaks down the alcohol.

“There is also evidence that suggests women have less efficient metabolisms,” Dr. Garbutt says. “The enzymes in a woman’s liver, kidney and stomach usually don’t break down the alcohol as efficiently as in a man’s body.”

Dry January: Should you skip alcohol for a month? 3 things to consider

Drinking alcohol has been shown to increase a woman’s risk of developing breast cancer. Women who consume three alcoholic drinks per week have a 15 percent higher chance of getting breast cancer compared with women who don’t drink. The risk goes up by 10 percent with every drink after that.

And when it comes to addiction, alcoholism is deadlier in women.

Cirrhosis occurs when healthy cells in the liver are damaged and replaced by scar tissue. Over time, this can cause liver failure, which can be deadly.

“In fact, there are studies indicating that women with high blood pressure who change their drinking behavior can stop taking blood pressure medicine,” Dr. Garbutt says.

“Any more than seven drinks per week for women is considered an unhealthy level of alcohol consumption,” Dr. Garbutt says.

Any binge drinking is considered unhealthy and even dangerous. For women, this is typically considered four drinks in about two hours. In addition to the physical damage it can cause, binge drinking increases the risk of car crashes and of being the victim of assault. (Of course, alcohol plays a major role in many sexual and physical assaults; that’s a good reason for men to curb their drinking, too.)

Taking a Hiatus from Alcohol

In the short term, taking a break from alcohol can improve sleep because alcohol prevents your body from reaching REM sleep, considered the most restorative stage. REM sleep is responsible for helping your brain process and consolidate information from the day before and helps you wake up feeling refreshed and focused in the morning.

Taking a break from alcohol can also improve your mood, give you more energy and help you lose weight.

However, Dr. Garbutt says, the major benefit of a break is the opportunity to assess your attitudes and behaviors surrounding alcohol. It can be a great time to ask yourself, “Why do I drink? Is my drinking unhealthy? Am I able to stop drinking?”

“Statistics indicate that 70 percent of our population consumes alcohol, even if they’ve only had it a few times,” Dr. Garbutt says. “While it’s considered a part of day-to-day socialization and celebration, it’s also a common drug that becomes easy to abuse. Many people see it as a way to cope with unhappy situations or deal with stress.”

In addition, our culture considers three to four drinks at a time “normal.” However, Dr. Garbutt says this “normal” activity quickly approaches levels that are dangerous and harmful in the long run, especially for women.

“A monthlong break from alcohol can help you realize you can relax, socialize or handle stress without alcohol,” he says.

If Taking a Break Is Too Hard

If you find it difficult to take a break from alcohol, especially in social settings, try a “mocktail”—a cocktail without the alcohol. For example, having a soda water with cranberry juice in your hand during social situations can help fight the cravings. Exercise can be helpful, as well.

“Exercise helps you feel happier and more relaxed, so you won’t feel as much need to consume alcohol to achieve those feelings,” Dr. Garbutt says.

If you notice physical withdrawal symptoms—nausea, headaches, chills—seek immediate medical attention. And if you are a heavy drinker, don’t quit alcohol cold turkey. Alcohol withdrawal for those with a history of heavy drinking can cause seizures and be fatal if not properly managed by medical staff.

If you're worried about your drinking or the drinking of a loved one, the UNC Alcohol and Substance Abuse Program can help.