When Cary had reindeer: Memories from Cary's first mall 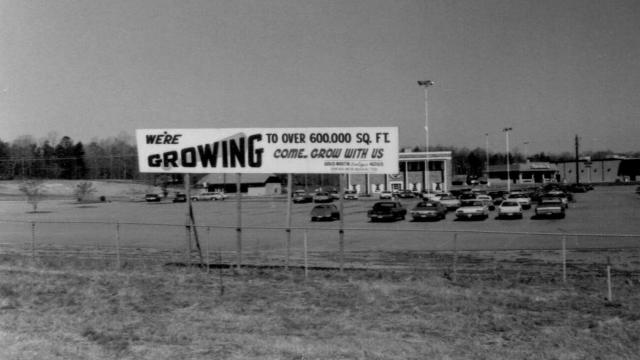 While standing in line for the DMV on Buck Jones Road, it may be hard to imagine a magical time when Santa's reindeer and intricate model train sets drew wide-eyed children to South Hills Mall.

It was a time when movie theaters and soda fountains gave teens their first jobs.

It was Cary's first mall.

The bricks themselves are historic remnants of older buildings

Back in the 1960's--when Maynard and Kildaire were farms, not roads--little Cary was just hitting its first growth spurt as a result of influx from Research Triangle Park. A manager from a big department store in downtown Raleigh reached out to a developer named David Martin and asked him to consider building a mall near the growing town.

"Back then, you know, when I got to Cary there were about 1,200 people there. And now it’s over 140,000 people there," said Martin in an oral history interview with Cary's Oral Historian Peggy Van Scoyoc.

Martin had built a reputation for developing quality apartment complexes and housing developments in and around Raleigh.

Many people remember Martin as a kind, visionary man. Martin used recycled bricks in many portions of South Hills Mall. Bricks from the original Cary High School dormitory were used to build the service plaza at South Hills Mall.

Some of these bricks, he said, were handmade by prisoners 140 or more years ago. When central prison was torn down, he hauled away the bricks they threw away.

"They were built out of handmade brick," he said. "They were knocking all that Dix Hill, on the hillside, close to Western Blvd. I went over there, took a
couple men with me. I was picking out brick, and throwing them up there and they were putting them on the truck." 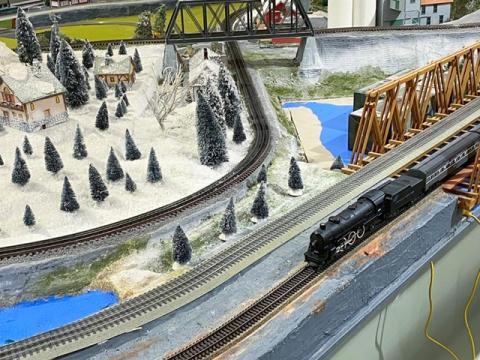 "My kids grew up visiting the reindeer. Would always look up to the mall office and wave to Mr. Martin. He was one of a kind!" said Cindy Parker Schaefer, who made an annual tradition of visiting the mall for Christmas.

Bob Dascombe, the Martin's son-in-law, remembers the first year the reindeer came to South Hills--in 1989, the year the Triangle had a fluke winter storm mix. The adverse weather could have ruined the event, but people flocked to South Hills mall to see the live reindeer.

The reindeer traveled all the way from Oregon, providing a unique display that was exclusive to South Hills--and became the backbone of many annual Christmas traditions for local families. 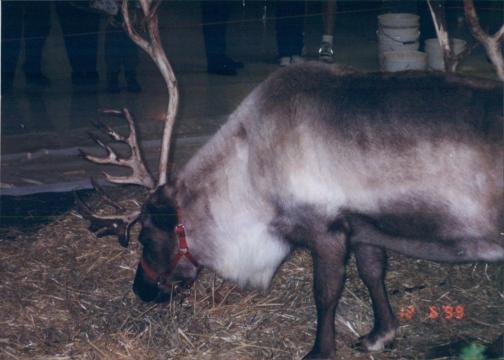 "It was a five deer exhibit, and they had antlers," said Dascombe. "It became kind of our trademark. It’s the reason we ended up getting a seven to eight foot tall mascot Rodney the Reindeer. We kind of even used a reindeer in our logo for many years."

Then one year, they got a call from the vendor saying 'Cranberry Valley Mall' was trying to also rent the exhibit--thereby undoing the exclusivity of this South Hills tradition.

Another local, Rita Bardon, also remembered the simpler pleasures of another era at South Hills Mall. She said, "I would go as a young kid to see the reindeer! My brothers’ Cub Scout pack would do their Pinewood Derby there." She said they bought Pinewood Derby kits at the mall and always loved watching the little train town, which so many loved.

"I loved looking at the miniature trains in Tom’s Train Station, which was also open in the ‘90s before it closed in 2014," said Jessica Patrick, a WRAL journalist who also grew up in Cary.

Many locals, like Wanda Stell, said taking their children to see the reindeer was a Christmas tradition. The mall, many recall, was always packed--and a little smelly--when those reindeer showed up.

Aside from the trains and reindeer, it seemed Mr. Martin was part of the mall's magic, too. Families recall taking their children to wave at Martin's office window. Betty Smith, who worked at Roses when it was the mall's flagship store in 1980, said she remembered "Mr. Martin would come in every day to say hello to everyone."

"After his funeral, we've been hearing more and more people reach out to tell us a story of how he impacted their lives--and we had never known," said Dascombe.

The mall was, at its core, a family business run by local folks--an underdog to bigger malls like Cary Towne Center and Crabtree Valley Mall.

"We've always been family-owned, locally-owned, the underdog. We tried to distinguish ourselves with unique family promotions, singing competitions, fashion shows, mother-daughter look alike competitions, fundraisers--just looking for ways to connect to the community."

That connection to the community may be why their mall has such unique small-town charm--a reminder of simpler days in Cary.

Nostalgia for another era

While the DMV and Grand Asia Market act as modern day anchors for South Hills Mall, locals like Brian M. can still stand in Tuesday Morning and envision the old Roses.

"That was the place to shop before Cary Village Mall was built. I remember hot dogs and ice cream at the concession stand, with a few tables nearby to sit at," he said.

He recalls Kerr Drugs with its signature green carpet. Others remember the incredible burgers at Lock, Stock and Barrel.

"I took an art class in the mall around 1981. It was held in a big metal gazebo, and those remained until they closed up that area of the mall," he said.

Ron Stoppenhagen, whose first job was at the South Hills Twin Cinema, said he recalls making $1.60 per hour. 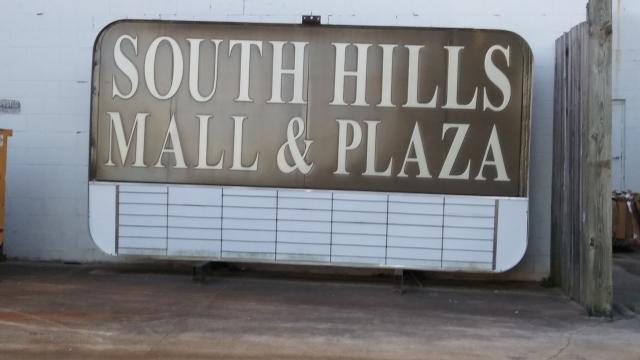 Hidden gems inside a piece of vintage Cary culture

The mall's true interior can be difficult to find, since many of the businesses can be accessed from outside.

"A dozen stores surround the outside of the South Hills Plaza, but my favorite part of South Hills is how hidden the actual, interior mall," said Patrick. "It’s difficult to find the entrance to the mall itself unless you know where to park, making it all the more quirky." 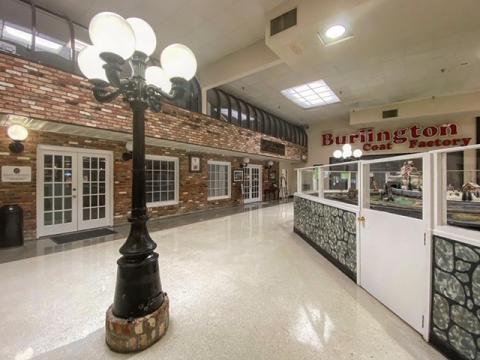 "There are so many gems you can still find at South Hills, like Baker’s Dozen Donuts, which are the best in Cary," said Patrick. "At Tuesday Morning, you can find almost anything. There's also a cute antique store, Déjà vu Thrift. And Grand Asia Market has the best bubble tea."

Inside the mall's inner sanctum, a little slice of Old Cary remains. Antique-looking streetlamps line the vestibule, where a miniature train display recalls the glory days of South Hills Mall.

"Last fall, Mr. and Mrs. Martin both passed away," said Dascombe. "They left their fingerprints on many things in and around Cary."

They left behind a large family of children, grand children and great grandchildren, who are all adding to the local community with their own gifts and talents. "

"It’s been a real blessing to watch South Hills evolve and reinvent itself over the years," he said.

David Martin has a biography about his life, including the establishing of South Hills, as well as a good amount of history from early days in Cary.

Have ideas for a hidden history story? Email hleah@wral.com to share a piece of local history you'd like to see explored!