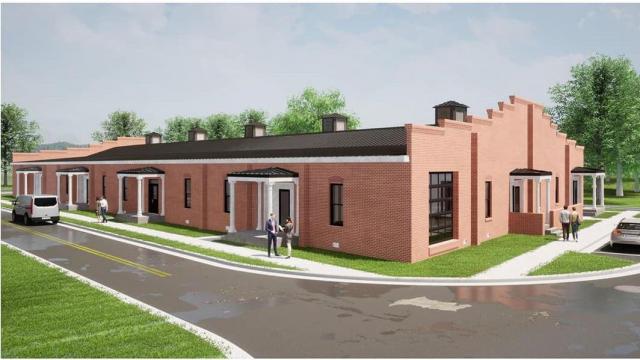 Located in the Town of Nashville and under development by, Michael Hurt, the new project is slated to join neighboring Rocky Mount Mills as a mixed-use county hub.

"The idea came about after a council member, Kate Burns, caught wind of my experience with historical revitalization projects. I was already in the process of purchasing the property, and she thought revitalizing this building would be something cool for the community," said Hurt. "After looking it through with Kate, we came up with the idea of doing something like the Mills in Nashville."

The Nashville Junction development will bring a large parking lot, performing arts pavilion with a grassy lawn and a farmer's market venue. Hurt will also restore the hundred-year-old building of the Nashville Building Supply, creating business suites and attracting new businesses and retailers to the southern end of Nashville's downtown.

In doing so, the project could bring major rejuvenation to not only Nashville but also Nash County as a whole.

"We're going to have 13 commercial units here. On the low side, each unit will create three or four jobs, and on the high side it could create 10, 15, maybe 20, depending on what business it is," said Hurt. "The town is also going to be looking to try to take advantage of the pavilion and find different things we can do for the community here on site — so that's going to have its own benefits as far as jobs that they're going to need to create."

While the businesses that will move into the Junction aren't locked in yet, the suites will be equipped to handle a wide variety of industries. Once workers clock out, they won't have to go far to find their plans for the night.

"We're going to be giving the community an actual venue and a place where they can come after five o'clock when normal businesses close, and there's still something to do in this community — which doesn't really exist on a large scale right now," said Hurt. "This is going to be a historic, modern development. We want to try to bring in these young professionals and other people in the community to a place where they can enjoy themselves with their family — get a beer while they're waiting for a table at a restaurant, get something to eat, then come out and enjoy the show."

According to town manager Randy Lansing, the reaction to Nashville Junction has been mostly positive. The development will not only bring an element of nightlife and culture to the town, but also meets the community's need for providing a central community gathering place.

"Nashville Junction is going to provide amenities that the Town of Nashville currently does not have. We can have outdoor concerts, the farmer's market, swap meets and free markets, demonstrations from community groups — so much more," said Lansing. "We're hoping to get some new restaurants into Nashville, a microbrewery, a winery, maybe even a distillery — and this space is perfect for that. All that economic activity is going to add to Nashville and Nash county and enhance the foundation that's already there."

Additionally, one of Hurt's five-year goals is to create a mountain bike trail from Nashville Junction to Rocky Mount Mills, allowing the two properties to collaborate and share traffic.

In addition to businesses and venues, Hurt and his team were also recently approved for a development just across the street from Nashville Junction. This is slated to be a 24-unit, three-story apartment building with two-bed, two-bath and one-bed, one-bath units. Rent will be reasonably priced at market rate.

In doing so, Hurt hopes to capitalize on the number of commuters in the county — a demographic that Lansing also sees growing over the next few years.

"We have a nice, steady growth here in Nash County, and this is going to provide additional amenities that will attract not only more people, but also businesses and industries that are looking for available buildings," said town manager Randy Lansing. "Not only that, but the quality of life that this development brings is adding to the pool of desirability for people looking to relocate."

"There are 25,000 people that commute in this county, some daily. We want to be an option for those people who are having to commute, whether it's the doctors at UNC Hospital, nurses, teachers, students Nash County Community College — there's a huge demand, but right now the number of places to live in Nash County is not quite enough," said Hurt. "Nash County is experiencing a significant amount of growth because people in their twenties and thirties just can't afford a $500,000 house in the city right now. As we're seeing this push to other areas, we're tapping into that growth — and Nashville Junction will help us do that."