Vintage letters to Santa: What Raleigh kids wanted for Christmas in 1930 and 2020

How much has Christmas changed over the years?

An archive of vintage letters to Santa, written by Raleigh's children in the 1930s, reveals a glimpse into how our city celebrated the holidays nearly a century ago.

To compare, we also asked modern parents what their children have asked to receive for Christmas 2020.

So, with gratitude to the State Archives of North Carolina for preserving these lenses to Raleigh Christmases past, let's take a step back in time and look at the beautiful classic Christmas cards and letters to Santa written by Raleigh families 90 years ago. 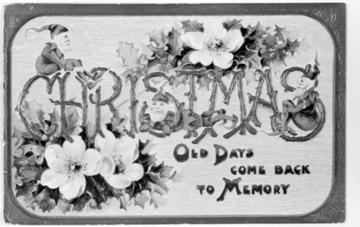 Grandparents often tell stories of receiving a paper bag full of fruits, nuts and some candies as their holiday treat. Let's see how that compares to what kids 90 years ago were asking for. 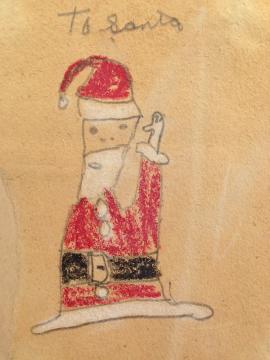 He wrote, "We all know you are a jolly fellow. This Xmas I only want a Bo air rifle and five packs of nuts and candy and fruit. I wish you and your wife a Merry Christmas!"

Another brief, handwritten letter from a young Charles Allen asked for a scooter, a cap pistol and candy and fruit. 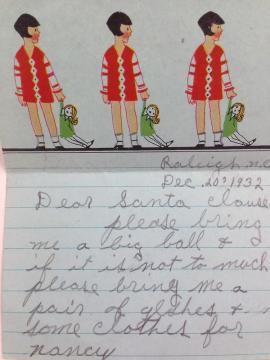 Miss Louise Shepherd wrote, "I want you to bring me some clothes and some skates and a game and that will be all."

Billy was dreaming big in his letter, hoping for "a fire truck, an automobile, a bicycle, a train and something to stop the trains." He even promised Santa, "I will be a real good boy if you will bring me all these things. I will go to sleep evening like Alice wants me so she can get a chance to breathe."

One child simply wished for a cowboy suit. 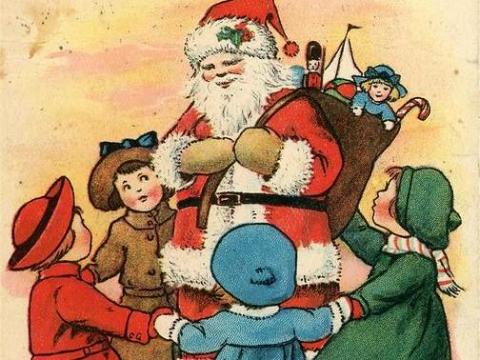 One very kind-hearted letter, handwritten by a Miss Mildred Rogers, did not forget to ask Santa to help others in need.

"Just a few lines to let you know what I want. I want a scooter, and if you can, I would like to have an umbrella so I can go to school on rainy mornings. I'm not asking for much this Christmas because I want you to have enough for the other children, and of all things, don't forget the poor."

Many of these vintage letters were from the account books of the Thomas H. Briggs and Sons Hardware Company, Inc., 1865-1920. 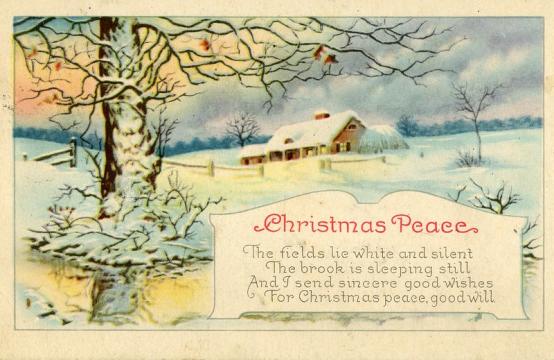 No one will argue that 2020 has been a challenging year. Just as children in 1930 were likely dealing with economic strain from the Depression, children in 2020 have also experienced an economic shift, as well as unprecedented changes in schooling and seeing their friends.

Has that impacted their holiday wishes?

"My 9-year-old told me that she put something on her wish list that she knew was impossible but she still wanted it. When I looked at the list, she had written that she wanted my mom's neighbor who died just about a year ago to still be here," said Staci Herman Drauss.

Drauss' 15-year-old asked for arts and crafts items, a music stand and a chair for her room.

"My girls don't ask for much because they realize that they have what they need," said Amy Bruce. "Several years ago my younger daughter's only ask was for a light up toothbrush. Go figure."

One 3-year-old wants a suitcase for Christmas. "We always travel to see family and he loves to play 'pack up' with our suitcases pretty much every day!" said Stephanie Gordon. 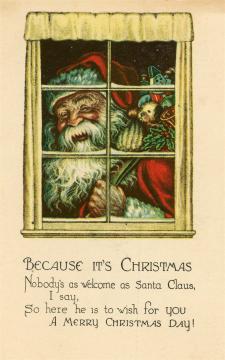 Much like the children of 1930, her 5-year-old wants trucks.

Similar to Miss Mildred Rogers, who asked Santa not to forget the poor, one 11-year-old boy wants a cure for cancer. "He's a cancer survivor, and his beloved grandfather died from it a few years ago. He's really scared his dad will get it," wrote his mother Mary Tucker.

He also asked for a new laptop to make his virtual classes easier. 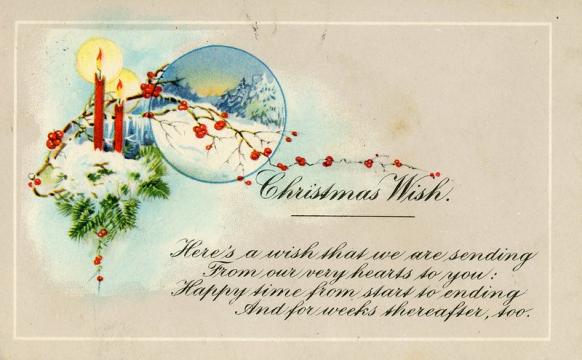 Has Christmas in Raleigh changed in the past century?

"I still put a tangerine in the toe of my daughter's stocking each year," said Nancy Alexander. It's a tradition that dates back generations, to when fruit and nuts were a rare treat on Christmas morning.

Some traditions change over the years – but never completely fade. The letters to Santa may ask for different toys in 2020, but the real meaning of the holiday hasn't changed in the past century.

What will historians say about Christmas 2020?

Make it a bright one!