Raleigh, N.C. — For years, some business-owners in downtown Raleigh have shared the legend about an abandoned speakeasy from the 1920s, hidden beneath Fayetteville Street.

Recently, several locals have shared photos showing the remnants of a bar with antique seating, coated in decades of dust, forgotten beneath Raleigh's oldest remaining hotel: The Hotel Sir Walter.

Like a hidden time capsule to Raleigh's past, the bar hasn't been used in ages. 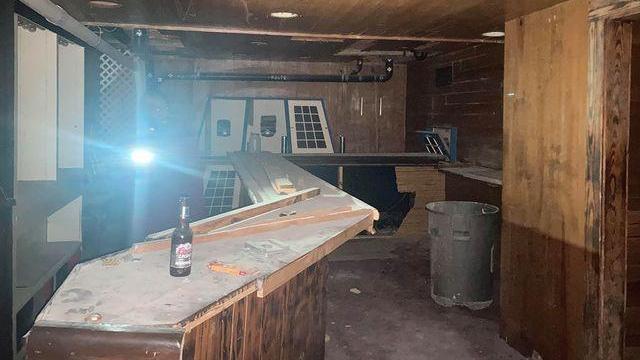 Bill Sallada, who owns Rocket Fizz on Fayetteville Street and will soon be moving his candy store into the historic structure, said, "The basement level bar, speakeasy was in the hotel. Political deals were made there."

The main entrance and stairwell to the tavern had been completely closed up behind drywall, leaving the historic insides sealed away like a time capsule – frozen in time and covered in dust.

A few months ago, crews cut a hole in the dry wall, like a portal to another world, revealing the old wooden doorway to the tavern. 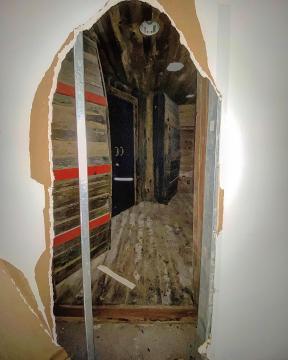 According to Sallada, the remnants of the tavern would soon be demolished – and possibly turned into another, more modern subterranean bar.

However, in its heyday, the Hotel Sir Walter was a place for North Carolina royalty. It harkens back to an era of classy hotels like the Velvet Cloak, when political leaders and local elite, attracted to the grandeur and sophistication, often made historic decisions from inside the ballrooms and mezzanines of such hotels. 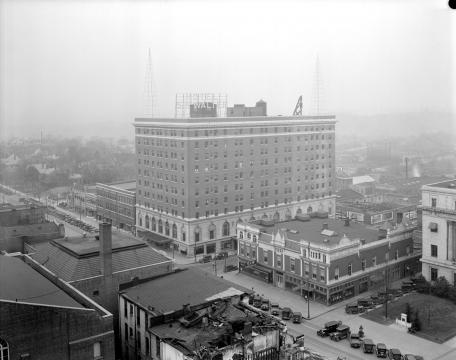 Legend or history? Political deals in an underground speakeasy

The Hotel Sir Walter opened in 1924, serving as Raleigh's premier hotel for almost 40 years, according to Goodnight Raleigh.

State leaders, legislators and lobbyists would often stay in the hotel for extended periods when the General Assembly was in session. As such, the hotel took on the grand nickname "Third house of the legislature,” or the “Second statehouse." 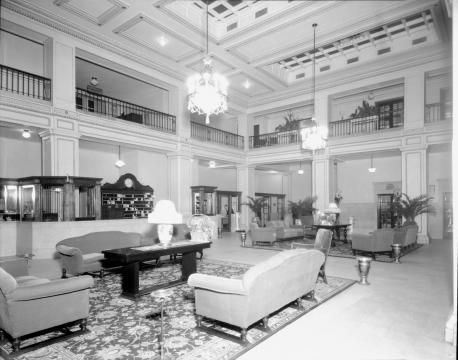 More than a simple hotel, it served as a headquarters for political activity statewide in the 30s, 40s and 50s. Lacking office space around the Capitol, these leaders "did much of their work and determined much of the political history of the state in the Sir Walter," according to the statement of significance on the nomination form to become a historic landmark.

In the 1920s when the hotel was built, America was in the midst of prohibition. So if the underground tavern dates back to the very beginning of the hotel, there's a strong possibility it could have been a speakeasy -- an illicit establishment that sold alcoholic beverages despite prohibition. 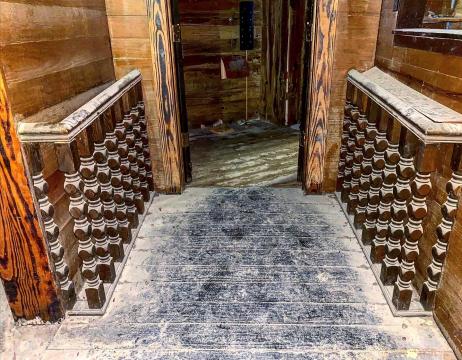 It's not as if alcohol would have been difficult to come by. Nearby, the Harricane community around Falls Lake still has old moonshine stills rusting away in the woods from the era of bootlegging.

Prohibition ended in the 1930s, one of the decades when the hotel would have been most actively entertaining politicians and influential leaders. 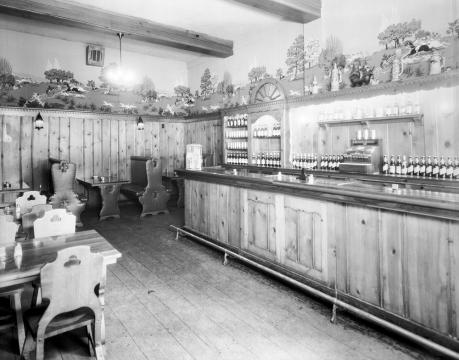 Stepping inside the remaining bar or speakeasy today, one can almost imagine the state's elite sinking into a booth, wheeling and dealing and divvying up the empire through a haze of cigar smoke to the taste of strong brown liquor.

A photo from around 1940 shows a tavern inside the hotel called the Kitty Hawk Tavern – but it's unclear if this is the bar that's underneath the hotel today. 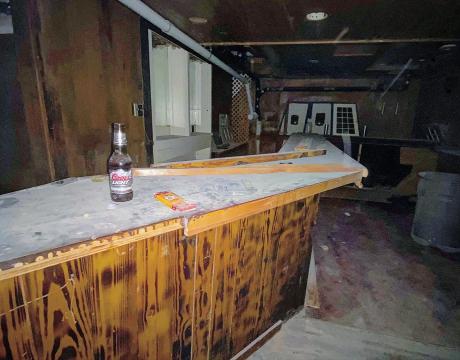 Hotel Sir Walter's glory days faded with the construction of the Legislative Building in 1963 and the rising popularity of suburban motels.

Although the bar's main entrances had been sealed up and most locals were unaware of its existence, a handful of a names and dates doodled on the dusty surfaces throughout the years indicate that some locals – likely employees or contractors – had found their way into the unused bar from time to time. Like the Village Subway, another popular underground series of bars that closed shop decades ago, the main entryways were sealed – but there's often a back entrance tucked away where only employees with keys can reach.

The rare few visitors etched their names in the sands – or dusts – of time: Tom was here. So was Kelly. And Phil.

The decor today hardly reflects the roaring 20s or Great Depression era, but appears more similar to 1970s style – likely a result of decades of remodels and updates as time wore on.

The hotel, too, has changed with time. The grand old dame is used for apartment space for senior residents, overlooking the ever-changing Fayetteville Street as she watches time march on. 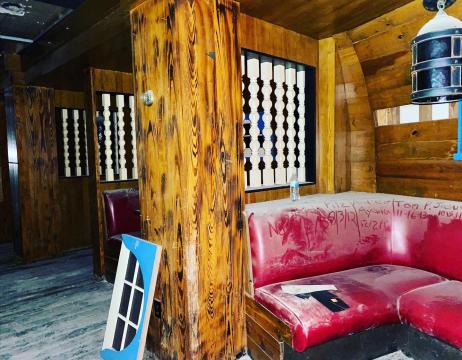 Take a live look inside the underground speakeasy

The Hidden Historian went underground to give a live stream tour of the historic, dust-coated insides.

If you have suggestions for a hidden history story, you can email WRAL's Hidden Historian at hleah@wral.com.