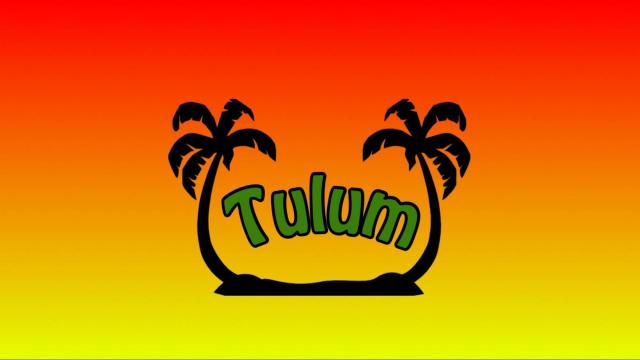 Raleigh, N.C. — The latest on restaurant openings, closings, food trucks, foodie events and more in the Triangle and beyond.

Cafe Helios closed (again), but it was announced yesterday that the good folks behind Jose & Sons will open a new concept there in early 2017. They haven’t disclosed much about what the new concept will be, so stay tuned.

In downtown Raleigh, Busy Bee Cafe and its upstairs concept Mash and Lauter will close on Jan. 1 to make way for the new concept Trophy Chicken and Taproom. It is fitting since the restaurants are owned by the same guys who brought you Trophy Brewing Company and State of Beer.

It seems like such a long time since our last post (prior to Thanksgiving), but just after we last “spoke” - Royale opened in downtown Raleigh’s City Market in the former Battistella’s spot. The French bistro is the creation of Will Jeffers, Jesse Bardyn and Jeff Seizer.

Keeping things in downtown Raleigh, we are getting closer to the opening of Jason Howard's newest concept, The Cardinal, a bar and lounge (featuring Charlie’s Hot Dogs) at 713 N. West St. Howard told WRAL's Out and About this week that he is hoping to open before Christmas, but no official opening date has been set.

We have an update on Tulum, a Mayan-inspired concept going into the space formerly occupied by San Lorenzo Bistro (and before that Twisted Mango, and before that La Volta), that they are looking to open before the end of the year. Owner Alfredo Lara is one of the partners behind Mi Cancun.

The District (in the space that was formerly The Borough and then Hadley’s) in downtown Raleigh, is looking to open in early December according to Christopher Michael and Jermaine Landon. The District plans to serve up Asian fusion cuisine in addition to cocktails, wine and local draft beer.

There is another update to report in downtown Raleigh. Watts and Ward bar, a new craft cocktail bar being constructed in the basement of Caffe Luna, is looking to open in winter 2017. The space that will feature three distinct bars and an event space according to owner Niall Hanley, who also owns Hibernian Co. and Raleigh Beer Garden.

Over at North Hills, Triangle Business Journal reported that Aladdin’s Eatery will be opening in the spring in the former Black Cat Café space in the Lassiter District.

Up in north Raleigh’s Litchford Village, reader Rebecca Calhoun notified me that Hoppy Endings, a neighborhood bar and bottle shop, is now open.

Also in north Raleigh, reader Paul Prause tipped me off to the fact that a Hot Sauce & Ketchup concept is coming to Peachtree Market at 7440 Six Forks Road. It will feature burgers and wings. No word yet on an exact open date.

Dana McCall announced via his GoGoRaleigh twitter feed that Cary’s Diced Gourmet Salads and Wraps (Kildaire Farm Road in Cary) is opening a second location in Raleigh’s Oberlin Court. No exact timeline, but their sign is up.

Is eight enough? I don’t think so, at least when you are talking about Rise Biscuits & Donuts locations. Rise Biscuits and Donuts announced this week that they will open their eighth Triangle-area location in Holly Springs in the Holly Springs Towne Center in March 2017.

This is the biggest restaurant news to hit Chapel Hill in some time, but Durham’s Guglhupf has plans to open a location in Eastgate Crossing (apparently in the space formerly occupied by Evos). No official word from either Eastgate or Guglhupf, but several readers sent me photos of the signage in the window. Also no word yet on the “scope” of the operation.

So, apparently we jumped the gun a bit on The Bullpen, a new taproom and restaurant that will feature local craft beer including Bull Durham Beer Company and food from Heavenly Buffaloes. The Bullpen plans to open in early December in the Diamond View III building across from the Durham Bulls Athletic Park.

As noted above, Glenwood South’s Cafe Helios has closed...for good this time.

In north Raleigh, Triangle Business Journal reported that the Tilted Kilt has closed after a five-year run.

And over in Chapel Hill, Triangle Business Journal announced that McAlister’s Deli on East Franklin Street closed. They’ve been there since the late 90s. Word from Johnny Morris is that he already has someone lined up for that space. Stay tuned.

Rudolph's Food Truck rodeo will be held in Knightdale on Sunday, Dec. 4 from noon-4 p.m. at the Knightdale Station Park. Look for more than 10 trucks, beer, Santa Claus, live music and children's activities.

Listen up chefs! Want to win a pristine restored classic car - a 1969 Corvette Stingray? That is the “trophy” for the Lucy Daniels Center’s Cooking for a Classic 2017 - but the deadline for chefs to apply is today (December 2). The actual event is in February and March. Get all the details here.

Piedmont’s general manager and beverage director Crawford Leavoy welcomes Bernie Lubbers, global whiskey ambassador for Heaven Hill Distillery in Bardstown, KY, for a 5-course whiskey-paired dinner Wednesday, Dec. 7 at 6:30. This unique dinner will feature 3 whiskey cocktails, two whiskeys served neat, and one on the rocks - all alongside chef John May’s locally sourced, Southern cuisine. The 5-course menu is available for $60; and an additional $25 for the whiskey pairings. Contact 919-683-1213 for reservations.

The second annual Bull City Holiday Food & Wine Soirée will take place at the Rickhouse on Dec. 8 from 5 p.m. to 8 p.m. The event is a holiday food and beverage pop up market highlighting North Carolina food and drinks folks. The intent is to give people an opportunity to meet face-to-face a variety of NC small businesses and fill their stockings and gift baskets with local treats. Admission is free.

On Dec. 15 at 6:30 p.m., Teddy Diggs, executive chef of Il Palio, will join forces with international seafood expert, Barton Seaver, to craft a fresh approach to the Feast of the Seven Fishes. Hosted at Il Palio in Chapel Hill, this historic Italian feast will feature exclusively sustainably sourced seafood, showcasing recipes from Seaver’s acclaimed cookbook, Two If By Sea, and classics from chef Diggs’ Italian repertoire. Tickets may be purchased for $135 by calling 919-918-2545 and include autographed copies of Seaver’s Two If By Sea cookbook, Italian wine pairings, tax and gratuity.

Gifts went twice as far this #GivingTuesday thanks to a matching gift from our generous partners Allscripts, Delta Airlines, Harris Teeter, and Railinc. Every dollar donated was matched up to our goal of $40,000! We are pleased to share that we've met the #GivingTuesday goal of $40,000! Because of the support of our generous community, we were able to provide 504,865 meals as part of our Holiday Meals Drive! Although the match has been met, you can still make a donation that will count toward our Holiday Meals Drive in which we are committed to providing 2.4 million meals before Dec. 31. Find out how ou you can help.