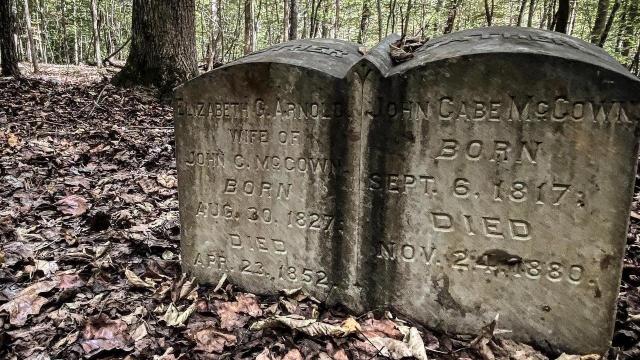 Especially in the autumn, the trails around the Eno River draw thousands of hikers. However, long before the Eno River State Park was established, the land there was used by early European settlers, as well as indigenous people from the Shakori, Occoneechee and Eno tribes. Crumbling remnants from these centuries-old civilizations have been devoured by the trees and overgrowth, but every now and then a watchful hiker may stumble upon an abandoned ruin – or haunted legend.

Hidden in the woods around the Eno are the remains of homesteads, mills, farms and even graveyards of families who tilled that land in the 1700s and 1800s.

Near the Cabelands section of the Eno's trails, hikers may spy a crumbling mill with iconic archways or the broken headstones and sunken graves of the Cabe family cemetery.

Only 12 graves bear official markers; however, historians say the burial site holds 51 graves. Some graves are notable only by the way the ground sinks nearly a foot deeper, forming coffin-sized divots in the earth.

In this section of the park, known as The Cabelands, many hikers have reported hearing whispering voices, screams from the woods – and even seeing shadow people whisping through the trees. 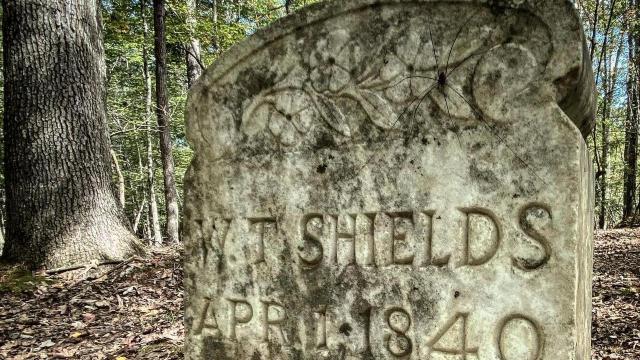 The cemetery of John Cabe's family isn't marked on the main maps in the visitor's parking, and the signage leads hikers away from the old trailhead that leads to the graveyard. However, maps online indicate a secluded dirt path that will take curious hikers to visit the centuries-old graves.

In the 1700s and early 1800s, headstones typically looked different than today. They were often smaller and thinner, like a one-inch-thick tablet that could easily be eroded by the elements. If a family had less money, sometimes the only marker would be a rock, or even a personal effect like a shoe, at the head of the grave. Over the centuries, it's easy to see how the markers could be lost – and why legends of unhappy spirits would emerge from a forgotten cemetery with lost graves. 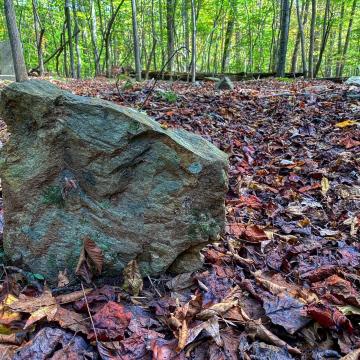 The cemetery tells the story of John Cabe and his family. In 1780, Cabe bought over 300 acres of land along the Eno River. It would have been common for settlers to establish communities along the river, for an easy source of water for crops and personal use, as well as transportation. A community grew along the river, including mills, farms and even the Piper-Cabe schoolhouse.

His father worked for Governor William Tryon, and by 1818, Cabe owned over 3,000 acres of land. He owned two mills on the river; one of which has remnants standing today.

Strange, unexplained occurrences in the Cabelands area of the Eno

According to an experience shared by Herb Englishman on the Eno River website, the most haunted area is the historical site of the Cabe homestead. Interestingly, while most of the land surround the Cabelands is covered with young trees – indicating this was once flat land suitable for farming – there is an ancient oak standing atop the bluff at the site of the homestead.

Centuries ago, this quiet bluff would have been where the Cabe family lived, overlooking the peaceful Eno River and farming their acres of land. It's likely they once played and sat beneath the old oak standing there today. 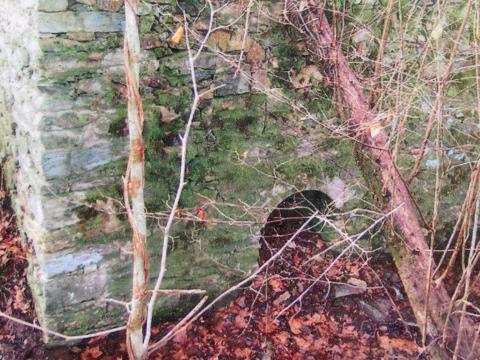 He describes the spirits of a man, a woman and a girl. "The girl seems to the most talkative. She appears as if she was standing right next to you," he writes.

He said that he's also heard a man's voice, and could make out the words: Noise, miller, flags and years.

Following the haunted legends, many local ghost seekers have investigated these lands. One man described seeing a shadow person standing on the trail just as he was trying to leave the cemetery. "The shadow person appeared to be male. He just stood there, only a few feet away from me, but before I could get my camera, he was gone," said paranormal investigator Keith Campbell. 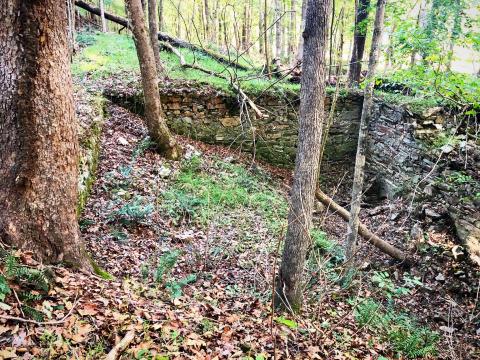 Many people have claimed to hear a young woman's friendly voice greeting them. Others report shrieks from the woods.

Some hikers say they sense someone standing beside them, even whispering or blowing into their ear. They turn, thinking a fellow hiker is beside them, only to discover they are alone on the trail.

"Spirits tend to hang out at places that hold the most significance to them," said Englishman.

Given that the Eno River's woods have been home to centuries of indigenous tribes and European settlers, the area is likely significant to a great many ancestors who once lived on this land. 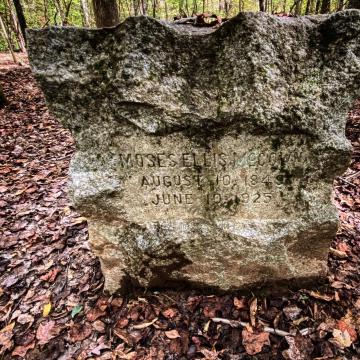 The historic importance of ghost stories

Broken down to its basic components, a ghost story is really just a way of ensuring we remember what's been lost. Spooky legends and folklore are part of North Carolina's oral tradition, and play a role in keeping our history and memories alive.

With miles of hiking trails and young trees covering the centuries of history that once stood here, perhaps the ghosts are just the old inhabitants way of reminding people, "We were here."

Old pump station: Historic remnants hidden on the banks of the Eno River

The Eno River is full of incredible abandoned places – the old water pump station, the rusted remains of the Occoneechee Speedway and many hidden gems.

So the next time you're hiking down these young trails and you hear a whisper in your ear or see a shadow passing by – it might just be the ghost of lost history coming to say hello.