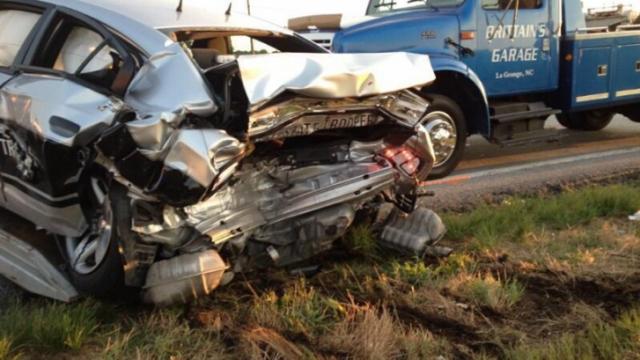 La Grange, N.C. — A North Carolina State Highway Patrol trooper was injured Sunday evening after his patrol vehicle was hit by another vehicle on U.S. Highway 70 West near La Grange.

Trooper R.C. Riley was completing an investigation of a motor vehicle collision and was sitting in his vehicle in the westbound lane as a tow truck was removing one of the vehicles when another vehicle struck him from behind, the Highway Patrol said.

The trooper's vehicle was stationary with its emergency lights activated when it was hit, the patrol said.

Dylan Thomas Smith, 22, of La Grange, was charged with failing to slow or change lanes for an authorized emergency vehicle on a multi-lane roadway, a violation of the state's Move Over Law.

Riley, a six-year veteran assigned to the Kinston Highway Patrol office, was treated at Wayne Memorial Hospital in Goldsboro and released.