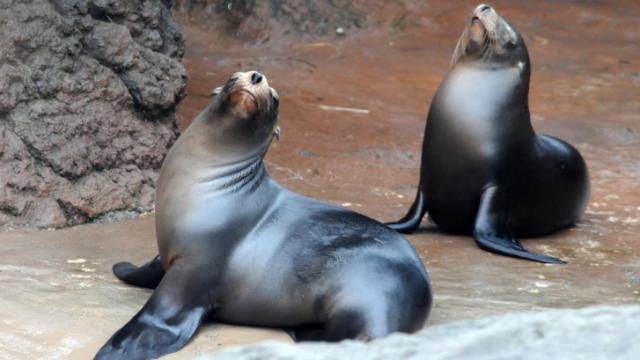 Storm, estimated to be 17 months old, was found dead in the zoo’s seal/sea lion holding facilities at about 2:30 p.m. Saturday. Officials said the animal was behaving normally and showed no signs of illness less than an hour earlier.

A necropsy, or animal autopsy, performed late Saturday proved inconclusive, according to zoo Chief Veterinarian Dr. Mike Loomis. Blood and tissue samples have been sent to outside laboratories for further testing to help determine the cause of death. Results of those tests could take several weeks, Loomis said.

Storm was one of two sea lions that arrived in Asheboro last month after being rescued by Sea World of San Diego in June 2012. Both animals had been abandoned or lost their mothers.

“We were aware that any animals rescued from the wild may have underlying health issues that contributed to their original need for rescue,” zoo General Curator Ken Reininger said in a statement. “However, we are committed to taking that risk now and in the future."

After completing a mandatory 30-day quarantine period, the sea lions were placed on exhibit with two male Harbor seals in the zoo’s Rocky Coast exhibit complex. The two Harbor seals and Dyson, the other rescued sea lion, appear healthy and remain on exhibit, according to keepers.