Rock and roll school for kids to open in Durham 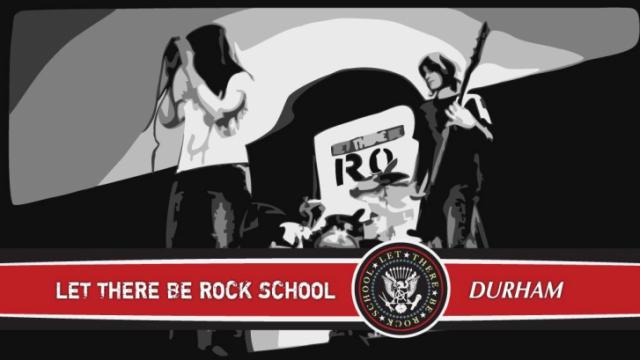 Durham's first rock and roll school for kids will open this fall with an impressive list of instructors who have plenty of experience in the business of rock and even a few Grammy nominations and platinum records to their names.

Let There Be Rock School will open Nov. 4 at 4300 Garret Rd. in Durham. An open house is scheduled for 2 p.m. to 5 p.m., Sunday, Oct. 19. The open house will include live entertainment, open performance rooms where kids can try out instruments and visits with instructors, who will give tours and offer mini lessons. The school is offering a 10 percent discount for students enrolled before Nov. 1.

“We are incredibly fortunate to be surrounded by such a musically rich community,” said school co-owner Glenn Riepl in a press release. “Our goal is to help our musical community grow even more by educating the next generation of musicians and teaching them in a way that is meaningful to them.”

The school aims to teach kids about rock music through individual lessons, live band performances, group instruction and music clinics, the release said. Four programs are available ranging between $125 and $225 a month and include guitar, bass, vocal, keyboard and drum instruction. There's something for kids who want to learn to play an instrument, who want individual and band instruction and who are looking for instruction on band dynamics and performance. Group lessons are available for younger students.

Students will eventually have the opportunity to perform with their bands at local rock venues.

Riepl and Scott Bradford are the school's co-owners.

Bradford, a Durham native with 20 years experience in the music industry, including fronting Crumbox, a major label band that toured with The Presidents of the United States, Jimmy Eat World and Social Distortion. He is now a father and a music attorney. As an attorney he has worked with such artists as The White Stripes, Linkin Park, Panic at the Disco, Morrissey and The Shins.

Riepl loves music and brings his 20 years of experience on Wall Street and building successful businesses.

“We believe in a complete immersion into the world of rock,” Bradford said in the release. “While individual instruction is important, we find that students lose focus and sometimes their passion if they aren’t able to creatively express their musical skills. It’s like learning how to dribble a basketball and shoot free throws without ever joining a team or playing an actual game.”

Programs in the 4,000-square-foot space will be offered from 2 p.m. to 9 p.m., Tuesday through Friday, and 9 a.m. to 3 p.m., Saturdays. The release says it's outfitted with the same kind of equipment and gear that top musicians use.