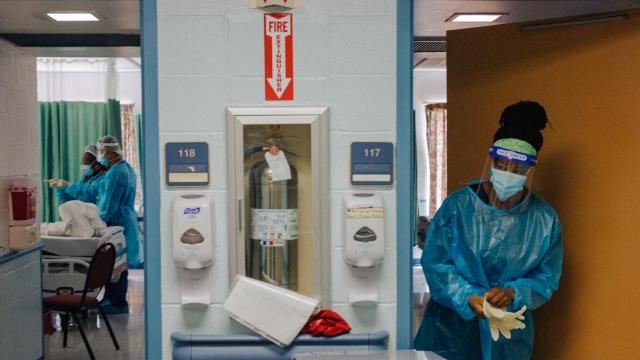 The total expenditures for healthcare in North Carolina would be decreased if access to primary care were provided to all citizens.

It is clinically well proven that management of high blood pressure, diabetes and elevated cholesterol levels are effective in preventing the patient’s health from deteriorating and developing major complications.  Also, vaccines are of huge value in preventing multiple illnesses including several childhood diseases which we hardly see anymore.

Furthermore, vaccinating adults for pneumococcal pneumonia, shingles, influenza and COVID is valuable to decrease illness.  Access to mental health care can be extremely helpful for common problems of anxiety and depression and there are effective medications to manage schizophrenia and bipolar disorder.  Better access to healthcare can help curb the epidemic of substance abuse.

In North Carolina a half million or more people get their healthcare through hospital emergency departments which are not workable for managing chronic problems. This population of uninsured patients generates excessive cost through emergency department visits and greater need for hospitalizations which are terribly costly.

How we pay for these excessive expenses involves cost shifting for insured patients, tax dollars, budget deficits for smaller hospitals and altruistic generosity by physicians and surgeons. Again, the outlay of dollars would be significantly less if these uninsured patients had access to primary care rather than making so many trips to the hospital.

Deaths of despair from drug overdoses, suicides and alcoholic liver disease have been increasing in this country such that life expectancy has declined over the last three years -- and will be even worse this year.

This trend is not so in any other industrialized country. Scholars examining the causes of this tragic pattern identify two major cultural problems.

So what can be done to reverse this tragic trend in health outcomes? There are multiple steps that could be taken to diminish wealth disparity but a straightforward step that would have limited cost to North Carolina taxpayers is to make Medicaid coverage more widely available in North Carolina.

The benefits of doing that would bring significant savings in dollars spent on healthcare, help to reverse the trends in deaths of despair, and be hugely valuable to hospitals that are struggling to survive. To accomplish this last step requires the votes of a legislative majority.

We need legislators who are rational to recognize how to save on healthcare costs and who have some compassion.