If you lived in Raleigh in November of 1988, you remember the tornado.

The Kmart was flattened. Asbury United Methodist Church was destroyed.

Some locals still remember crouching in their bathtubs while the walls shook around them.

I was only five years old. I remember walking outside that evening, pointing at the clouds and saying to my mom, "They look weird. They look scary."

I didn't know it meant a tornado was coming – but I knew the clouds scared me that night. 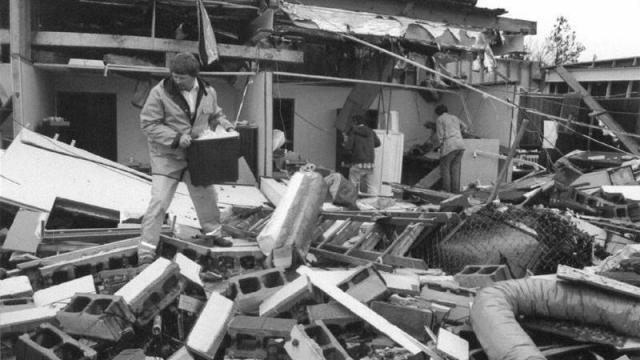 Not many people expected a tornado or even severe weather in the waning days of November – when we're still sleepy from Thanksgiving and our minds are turned to the upcoming holiday season.

The unexpected overnight tornado killed four people and injured 157 as it tore through Raleigh. It also spun through Wake, Franklin, Nash, Halifax, Northampton and Hertford counties.

"I lived behind that Kmart! I still have a fear of tornadoes after that night," said Jennifer J.

Another Raleigh resident, Lynda K., said, "I will never forget that night! My house at the intersection of Mine Shaft and Sawmill was completely destroyed with my family inside. I was six months pregnant with my third child. Thankfully, we were not hurt."

"Don't know how so many of us lived through that terrible storm," said Christy M.

A nurse at Rex hospital recalled leaving her shift after midnight. "It was very warm, very still and very eerie," she said. 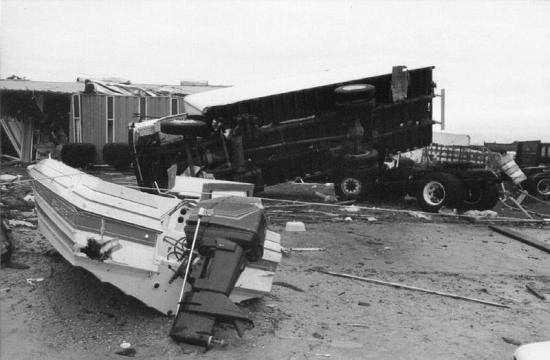 Local children were lost in the storm

The two children lived in the same neighborhood.

"Pete Fulghum died as his bedroom walls came crashing in on top of him on that Monday morning. His family found his body an hour later, laying still beside his favorite fishing rod," wrote WRAL reporter Scott Mason.

"The devastation of this thing was incredible," Gaddy said. "I'll never forget seeing a woman on the second floor at this apartment development off Creedmoor [Road]. There were no walls on the second floor, but her dresser. It's amazing what things are preserved and what things are blown away. Her dresser was still there and she went up and started going through the items on her dresser with no walls around her."

The tornado reached maximum intensity of EF-4 strength in northwestern and northern parts of Raleigh and remained on the ground for 84 miles.

It's been 33 years since that night, many Raleighites can't help but think of that strange and frightening night decades ago. It's shared loss, shared fear and shared history.