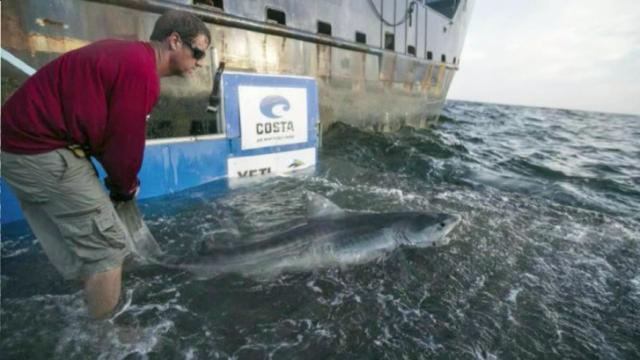 Wrightsville Beach, N.C. — The research group made famous by catching and tagging great white sharks is off the North Carolina coast this week.

Ocearch, a non-profit organization researching great white sharks and other large predators, has already made a couple of big catches off the coast of Wrightsville Beach.

On June 16, the group caught a tiger shark that it named Orlando, as a tribute to the nightclub shooting victims. The 8-foot shark’s tracking device pinged several times over the past week, including twice Wednesday morning.

Ocearch is partnering with the North Carolina Aquariums on their latest expedition. The group set out to catch and tag sand tiger sharks because they’re a threatened species, but the sand tiger sharks will not be included in Ocearch’s online tracking map.