Raleigh, N.C. — With so many people attending the NC State Fair, safety is a top priority for officials in all areas.

Many people will take their families to the fairgrounds this weekend and into next week. So how are officials working to keep you and your loved ones safe while you're there? 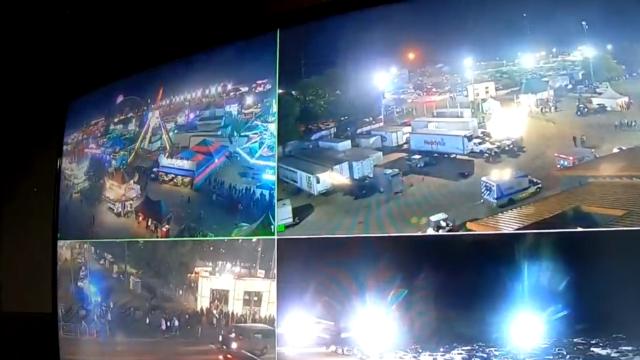 Fair managers and law enforcement say they have their eyes trained on anything that looks out of place. They mentioned command posts throughout the fairgrounds. Radios are monitored along with several security cameras in parking lots, entryways and other locations at the fairgrounds.

"This gives us a real-time view of these areas in the fairgrounds, but where the real work is done is on the ground," said Kent Yelverton, fair manager.

Outside the fairgrounds, members of the NC State Highway Patrol have the streets controlled, including Blue Ridge Road and Hillsborough Street. There are extra flood lights and crosswalks.

"We have troopers at a lot of our crosswalks so that pedestrians wait for the troopers to say 'OK it’s safe to cross,' making sure traffic is stopped in either direction," said Dana Brown with the NC State Highway Patrol.

It's just another reminder that law enforcement is out and operating on a ‘zero tolerance’ approach.