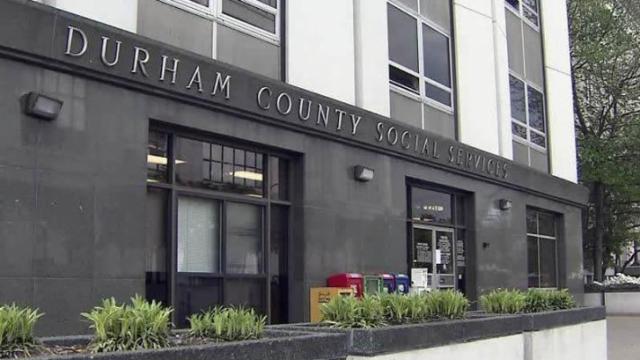 Durham, N.C. — The Durham County Sheriff's Office is investigating the operations of the county's Department of Social Services office to determine whether any criminal offenses have occurred, County Manager Mike Ruffin said Wednesday.

The investigation follows a county audit of the DSS office that found Walmart gift cards normally used to provide emergency food or clothing to children in foster care and other DSS clients were being used to pay for office parties and reward agency workers.

"The audit findings are disturbing," Stan Holt, board chairman of Durham County DSS, said in a statement. "We expect sound procedures to be in place that ensure public funds are handled appropriately and with integrity. The weakness of internal controls in a public organization breaches the public trust."

Ruffin and Holt declined to comment on the criminal investigation.

County auditors found that DSS officials purchased almost $206,000 in Walmart gift cards between January 2007 and last November, but the agency didn't keep track of them or how they were used. One employee, for example, was found with more than $9,000 in gift cards in January, and files in the office contained folders filled with random receipts, notes about DSS programs, more gift cards and even $12 in cash, according to the audit.

Almost $7,100 in gift cards were used on training sessions, staff meetings, a Christmas charity program and to entice clients to participate in surveys, according to the audit. As much as $975 in gift cards was given to employees during a 2010 staff holiday party at the home of former DSS Director Geri Robinson, the audit states.

The Durham County Board of Commissioners fired Robinson last summer. She recently filed suit seeking to regain her job, as well as unspecified damages, and her attorney called the criminal investigation "a witch hunt."

Attorney Jack Nichols said Robinson paid the money back for the cards given to employees and maintained that the agency was using gift cards for office purposes, including buying food for meetings, before Robinson was hired.

"It’s almost like they are fishing for reasons to justify her termination,” Nichols said.

He charged that Durham County Commissioner Joe Bowser, who sits on the DSS board, targeted Robinson "because she did not respond to his political direction." In her lawsuit, Robinson alleges that Bowser pressured her to hire certain people and treat people differently based on race.

"Some of the stuff that Bowser did, I think, is pretty egregious," Nichols said.

Bowser said the lawsuit is an attempt to smear him in an election year.

"It's just smoke that she has blown and her attorney has blown, and it's all going to be cleared up at the courthouse," he said.

He added that the audit's findings are only a small part of the problem he saw with DSS under Robinson.

"I was surprised at the fact that the audit didn't dig as deep as I thought it should have," he said.

The auditors tracked purchases linked to some of the gift cards and were able to substantiate that many were used appropriately.

Holt told WRAL News that he finds some comfort in those findings and said he wants to ensure that gift cards can still be used to help DSS clients in certain circumstances.

"I don't want to throw the baby out with the bath water," he said.

Interim DSS Director Gail Perry said in a statement included in the 26-page audit report that the agency has implemented better financial controls to account for gift card usage.

Aside from the gift cards, the audit also questioned the DSS office's use of temporary workers and contractors and the reimbursement of Robinson's moving expenses in 2009 without getting competitive bids.