Raleigh, N.C. — Mention the name Annie Louise Wilkerson to anyone who's lived in Raleigh for more than a few decades and odds are good that they'll remember her.

Some women can actually say both – because many women who were delivered by her as infants came back to be her patients when they were ready to give birth.

Wilkerson was a mother to thousands of Raleigh's women – guiding more than 8,000 expectant mothers through their pregnancy journey, helping them safely become mothers themselves.

During a time when it was virtually impossible for a woman to become a doctor, she began a 55-year journey in medicine that blazed trails for other women – and shaped the future of Raleigh's health care. 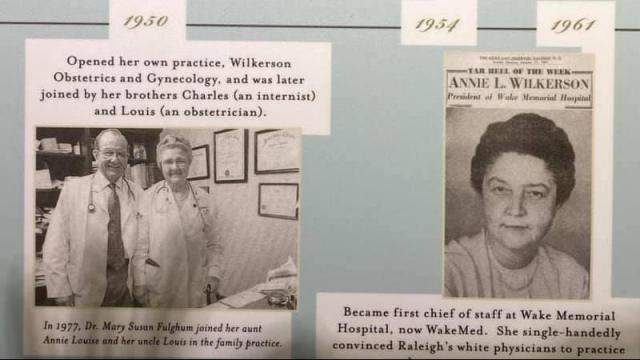 Described as "a pioneer who surmounted traditional gender boundaries," her career began in 1940, when she became the first woman to complete an internship and residency at Rex Hospital.

She was Raleigh's first woman to specialize in obstetrics and gynecology. She played a major role in the successful establishment of WakeMed, which had a very rocky start during the era of desegregation.

Wilkerson has become something of a legend in Raleigh. However, in her youth, she was warned not to become a doctor, that her aspiration was impossible because she was a woman.

However, from her birth in 1914, she almost immediately began breaking down barriers for women in the medical field. 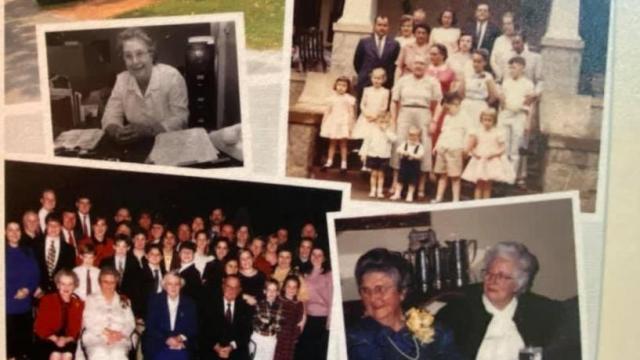 From country doctor to 'round-the-clock toil' in WWII

Wilkerson spent her earliest years making rounds in Wake County, riding in a horse and buggy with her father, Dr. Charles Wilkerson, according to Bryan England, the preserve manager for the Annie Louise Wilkerson M.D. Nature Preserve.

"She grew up with her father teaching her basic medical knowledge," England said.

Even in her youth, "she didn't really want to be a girl. She wanted to wear guys' clothes and play games and play sports and always felt very much at home in the presence of men," according to oral histories compiled by Joseph Mosnier, associate director of the Southern Oral History Program at the University of North Carolina at Chapel Hill.

Loved ones and patients remember her as warm and loving but stern. They describe her as courageous, determined and passionate about helping others.

At age 20, she delivered her first baby – likely never realizing this would be the first of thousands.

Despite her background in medicine, her family heavily discouraged her from pursuing the career. 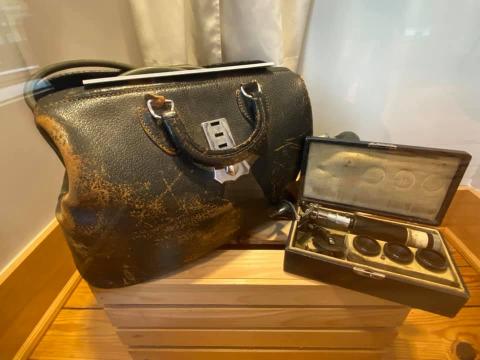 "At the time, it was virtually impossible for a woman to be admitted into medical school in the state of North Carolina, so she went to Virginia, but then immediately came back to Raleigh," said England. "She really devoted herself to the city of Raleigh."

When polio struck in the 1940s, she played a leading role in fighting back. Then, during World War II, she tried to enlist to serve medical needs of soldiers. However, officials told her she was more needed in Raleigh.

"With so many doctors being pulled away in service of the war, Raleigh needed some doctors to remain to help in the community," said England. 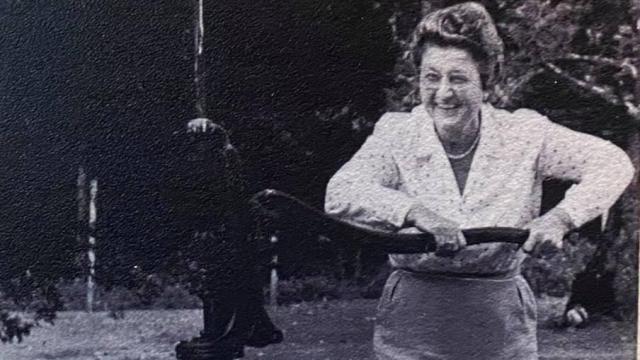 Getting WakeMed off the ground

WakeMed is a major name in health care today, but it had a very bumpy start, according to England.

"When it first opened ... in 1961, it was the first integrated hospital in the state of North Carolina," he said.

When they brought over patients from St. Agnes, which was the segregated hospital for African-American families, they found it difficult to find someone to take the job of chief of staff.

Her contemporaries warned her not to get involved, saying, "It was a hard battle. Our personal opinion was she was going to get her head chopped off."

In fact, one day a colleague said to her, "You're going to get beaten up over there."

Wilkerson replied, "Somebody's got to be beaten up."

"Once she stepped up, others followed. Her influence was so great that, once she made a stand, the hospital became a success," said England. 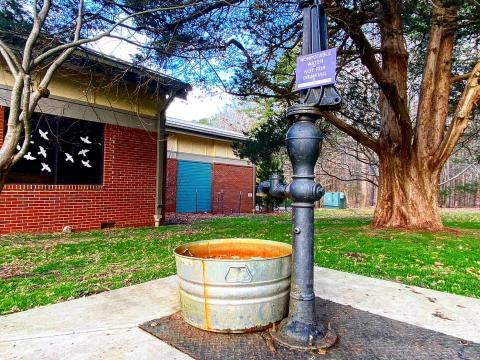 "She became the first chief of staff in what we now know as WakeMed," he said.

She strongly believed in equal rights and civil rights. She was, said England, one of the few doctors who would provide services in Raleigh's brothel – a fact she was very proud of.

She believed in meeting the needs of the community in many different ways. 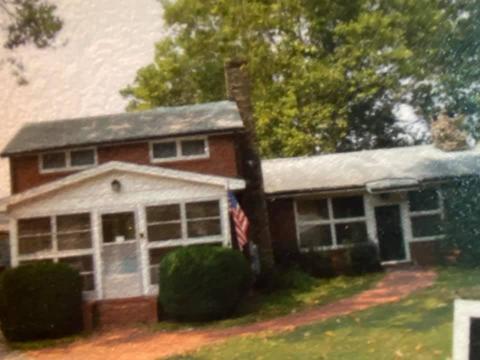 Wilkerson's home and farm, which she bought in 1953, sat on over 150 acres of land near Falls Lake. Today, her farm and house are still there – and her land has become yet another gift for Raleigh's mothers and children.

When she passed away in 2005, she left the entire site to the City of Raleigh. She required the land remain mostly untouched so generations of future children could roam the wild, open landscape where Wilkerson once gathered her own nephews and nieces. 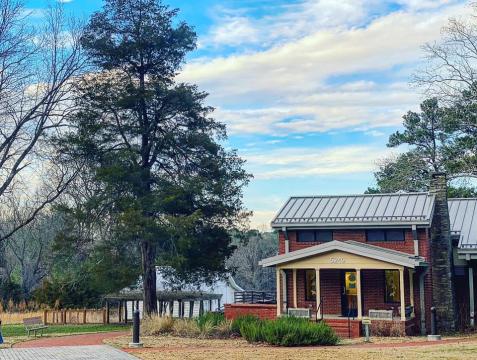 "The land was worth around $15 million when she donated it. It's worth even more today," said England.

In fact, her donation created yet another historic first.

On this land, she once raised cows and gathered loved ones. The untouched magic of the park includes enormous boulders in the Hidden Rocks trail – and hidden fairy houses scattered among the park. Nature trails curl and weave around vast green carpets of lush grass and ancient trees. It's a small peek into the past – into how Raleigh looked before it was developed. 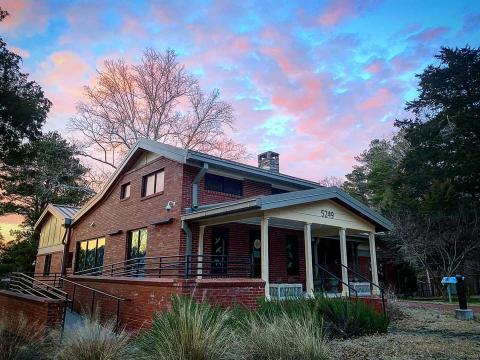 "She knew Raleigh was growing, and soon natural spaces like this wouldn't be available anymore," said England.

Wilkerson wanted future Raleigh residents to have a place to get out in nature, he added.

Herds of deer literally frolic over the wide, rolling fields. A tranquil lake sits in the distance.

"Pretty much everything on her farm has been left exactly the same – except the cows," said England. This year is the 10-year anniversary of her donation and the opening of the nature preserve.

Her former home is open to the public, looking very much like it did decades ago. Inside is a space for nature programs and a small exhibit about her life. 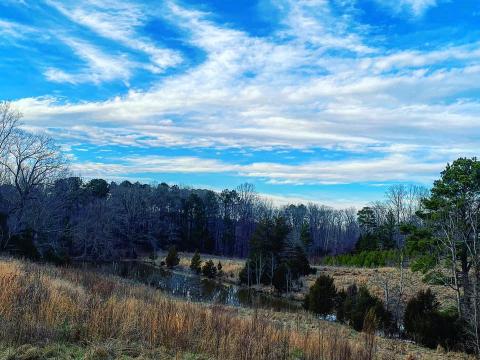 "She was a very humble woman," said England. "She said she didn't want a shrine to her life inside her home."

Wilkerson never had biological children of her own. But for decades, she brought life to Raleigh and created opportunities for women in medicine. Even today, she's looking after her city – providing a place for Raleigh's children to play, grow strong, and blaze trails of their own. 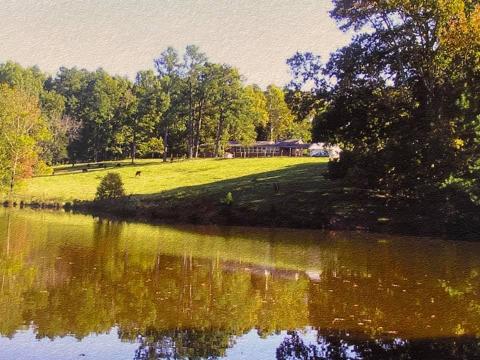