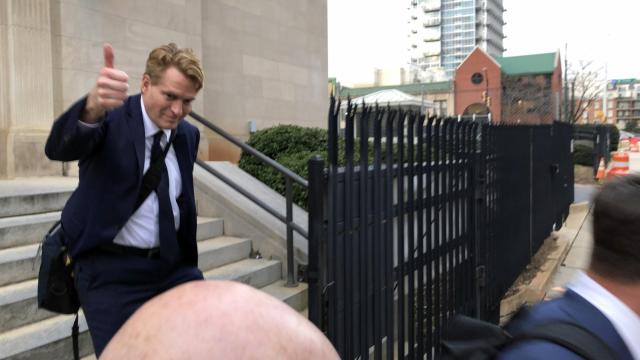 Raleigh, N.C. — Spokespeople for a North Carolina investor facing more than seven years prison on a federal bribery conviction declined comment Friday on a national report that he may seek a presidential pardon in the coming days.

Greg Lindberg was once North Carolina's largest political donor, but he was convicted earlier this year of trying to bribe the state's insurance commissioner. He began serving that sentence last month in an Alabama prison camp.

The New York Times mentioned Lindberg in a story this week that lays out some of the pardon and clemency options before President Donald Trump in the last two months of his presidency. Trump pardoned his former national security adviser, Michael Flynn, the day before Thanksgiving.

The newspaper said Alan Dershowitz, a well-known attorney who represented the president during his impeachment, was exploring pardons on behalf of two clients, including Lindberg. WRAL News reached out via email Friday to two of Lindberg's spokespeople, as well as to two of his attorneys.

"Neither Greg Lindberg nor his legal team will be commenting on the report in the New York Times about Mr. Dershowitz and a possible pardon," one of the spokespeople replied.

The New York Times reported that Dershowitz said he had not approached Trump about Lindberg's case, but that Lindberg is a client and he is advising him on whether to seek a pardon or clemency.