N.C. Zoo to star in Nat Geo WILD series 'Secrets of the Zoo' this fall 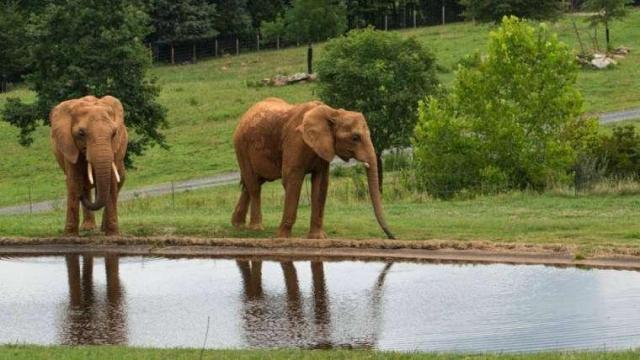 Asheboro, N.C. — The North Carolina Zoo will star in a new season of a popular series on Nat Geo WILD. Over eight shows, "Secrets of the Zoo: North Carolina" will take viewers behind the scenes at the Asheboro destination, about 90 minutes from Raleigh. The show is scheduled to premiere on Oct. 31.

“It’s been a wild year at the zoo! I’m so proud that our zoo family can share our passion and commitment to wildlife and conservation with everyone,” said Patricia Simmons, director of the North Carolina Zoo, in a press release. “The stories are exciting and very touching – they’ll make you laugh and warm your heart.”

The N.C. Zoo is the world's largest with 2,600 acres, sprawling natural habitats and more than 1,800 animals. The show, according to a press release, will feature several zoo staff, including keepers and veterinarians, and highlight stories, including routine animal husbandry, emergency procedures and the Zoo’s work in conservation and rescue and release of injured wildlife.

A London-based production company, Double Act TV, produces the series for Nat Geo WILD. Previous seasons of Secrets of the Zoo have featured the Columbus Zoo and Aquarium in Ohio and ZooTampa at Lowry Park in Florida.

“The North Carolina Zoo is already widely known as one of the most spectacular natural habitat zoos in the world,” said Susi H. Hamilton, secretary of the N.C. Dept. of Natural and Cultural Resources,, in the release. “We are so excited for this opportunity to share with a worldwide audience the stories of our zoo, the animals and their keepers.”

The show premieres at 10 p.m., Oct. 31, on Nat Geo WILD. The zoo's website has more information about how to watch the show.