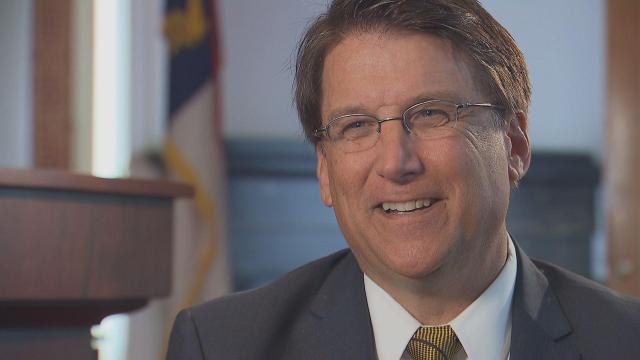 Raleigh, N.C. — Gov. Pat McCrory says he will decide whether to sign or veto the remaining 38 bills on his desk next week.

Lawmakers adjourned for the year on July 26, leaving the governor with a stack of pending legislation, including a sweeping measure that makes dozens of other changes to the state's election laws.

McCrory did not mention the elections bill Tuesday morning and did not stop to speak with reporters on his way out of the Council of State meeting.

However, during the meeting, McCrory called out two measures remaining on his desk as getting particularly close review. One is a regulatory reform measure, which touches upon subjects important to dozens of industries, including smoking and health regulations for bars and the review of all existing administrative rules crafted to implement state laws. The other is a technical corrections bill for the state budget.

Both bills contain provisions that were passed, combined and recombined during the final days of session as last-minute deals were hammered out between the House and Senate.

"They require extensive review because so much was done in the last 48 hours (of session)," McCrory said.

Although he didn't say whether he would veto either measure, McCrory did say his staff was drafting executive orders related to the regulatory reform bill. Such orders might give agencies specific instructions on how to deal with provisions in the measure he finds troublesome or not well drafted. During a July 26 news conference, McCrory said provisions in that bill dealing with trash hauling and landfills were potentially problematic.

If McCrory vetoes a bill, he must recall the legislature to give lawmakers a chance to pass the measure over his objections or re-craft it. If he does not sign or veto the remaining bills on his desk by Aug. 25, they will become law without his signature.