Five things to know about the legislative adjournment 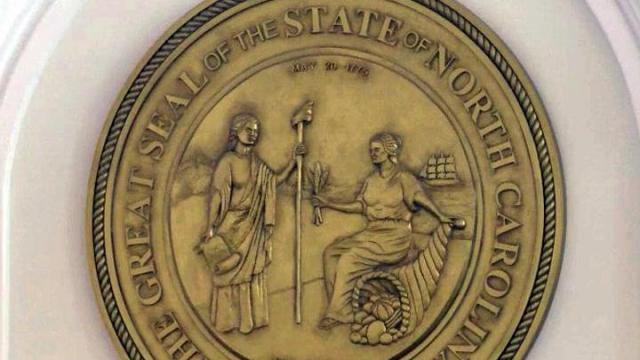 Raleigh, N.C. — Lawmakers are gone for the year, but they are not forgotten.

The North Carolina General Assembly adjourned its 2013 legislative session on July 26. They are not scheduled to return to lawmaking until May 14, 2014.

But that doesn't mean the legislative branch won't be making news for nine months. Here are five things to keep in mind about this year's legislative adjournment:

VETOES: As of July 26, the last day of the legislative session, dozens of bills are pending on Gov. Pat McCrory's desk. During a news conference, McCrory indicated that there were at least two bills he may veto. If McCrory does drop the veto stamp on a bill, he has 40 days to recall the legislature to a special session so they may try to override his objection. Overriding a veto requires a three-fifths majority vote of both the House and Senate.

SPECIAL SESSION: The governor has the power to call lawmakers back into session for a specific purpose. Lawmakers can also call themselves back into session if enough members agree. In recent years, special sessions have been used to deal with economic development measures, redistricting and other specific issues. In the waning hours of session, lawmakers mentioned that they may want to return to deal with a measure reorganizing the Commerce Department. During a July 26 news conference, McCrory said he thought he had all the Commerce-related powers he needed, but may call lawmakers back to deal with an energy bill he had sought.

SINE IS NOT DEAD: Lawmaker do not adjourn "sine die" – a Latin phrase that means the session is permanently over – until next year. When they return to work next May, legislators will technically be returning to the same legislative session. That means all the bills that have been in process will still be eligible for consideration. So lawmakers can pick up a bill like the measure raising the age at which those who commit crimes remain in the juvenile justice system right where they left it. It will only be when lawmakers adjourn next year that their session will be permanently over. At that point, all legislation that hasn't passed will have to start over in 2015.

OVERSIGHT AND STUDY: From now until May 14, interim committees of the legislature will meet. These committees have the power to study particular topics and recommend legislation. Others conduct oversight of executive agencies, ensuring that McCrory and his subordinates are carrying out the instructions legislators put into law. Although these committees can't make new laws or exercise other legislative prerogatives, they can make news and are closely watched for signs of things to come next year. For example, the Revenue Laws Study Committee, which met in the interim between 2012 and 2013, laid the groundwork for this year's tax reform push. It's also important to know – study committees can give new life to bills that otherwise would not be eligible for consideration in 2014.

POLITICS: Before lawmakers return to work next year, they will face primary elections. Some will be running to keep their seats. Others, such as House Speaker and U.S. Senate candidate Thom Tillis, will be running for higher office. Regardless, the need to face the voters will keep lawmakers, and the bills they passed, in the news.