Kathy Hanrahan: Thank you for being a friend 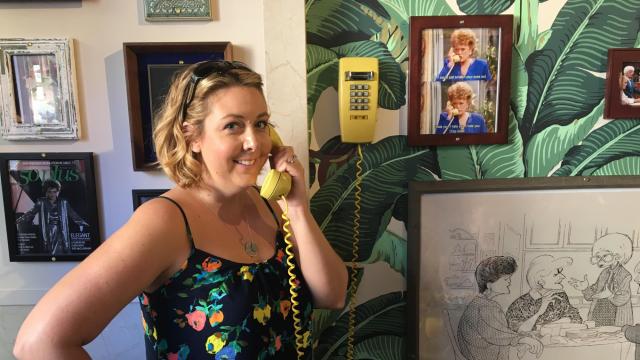 Raleigh, N.C. — Anyone who knows me, knows I love "The Golden Girls." I grew up watching them every Saturday night and then throughout the week in syndication. I was born in the early 1980s so some of my earliest memories of laughing at a TV show were "Golden Girls," "America's Funniest Home Videos" and "Full House."

I never got to interview any of "The Golden Girls." I did, however, visit the Golden Girls-themed cafe in New York, Rue La Rue Café, in August 2017. It was as amazing as it sounds. They had show memorabilia and even the phone from the kitchen! The cafe closed for good just a few months later. 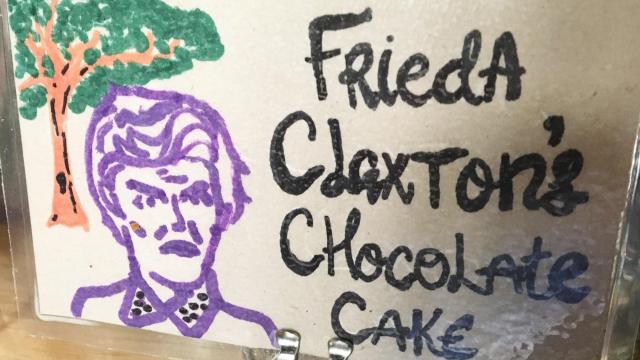 When I was in labor with my daughter in 2019, I had to wait 2 hours for my epidural (had to get blood work done, then they didn't have enough staff, etc.) The nurse gave me something to take the edge off - basically it made me a little loopy so I wouldn't care that I was in pain. Anyway, I ended up watching "The Golden Girls" and singing along to the theme song. It was, oddly enough, the episode where Blanche's daughter is giving birth. The girls got me through the wait for my epidural!

The girls also helped teach me about humor, sarcasm, acceptance and friendship. I feel like that show helped shape my sense of my humor and sense of the world. No matter how old you are, you can still have fun with your friends.

While I never got to interview Betty White, I did get to interview Bob Saget. He was a huge part of my weekends in the 1990s. "Full House" every Friday night and then "America's Funniest Videos" on Sundays. He did voiceover work on "How I Met Your Mother," which I loved until the final season.

My interview with Bob came at a really rough time last year. I was coming back from gallbladder surgery. I had been dealing with constant pain for weeks and when I couldn't get in to get an ultrasound for another few weeks, I opted to go to the ER to see if I could get checked out. They found a gallbladder full of stones. They removed it a few hours later.

I tried to go back to work two days later. Bad idea! I was too weak.

I ended up going back to work from my home office a few days later. My first assignment, interview Bob Saget for an upcoming podcast. It was 8 a.m. and he was in New York hanging out with John Stamos. The interview was great. It was only audio. We talked for awhile and he was fascinated that I had just had surgery. He was actually interested in my gallbladder!

Bob seemed like he was very happy. You can read that interview here.

My son has seen a little of "The Golden Girls" and he thinks Sophia is a riot! My daughter plays with her "Golden Girls" Little People. I will start showing them old episodes of "Full House" soon. It's like part of my childhood is slipping away as we lose so many of these TV icons. I guess it is up to us to keep their legacies alive.

What were you go-to shows you remember from your childhood? Have you shown your children the shows you used to watch? What were their reactions?