More than 11,500 North Carolinians have died over the last year from COVID-19. The virus has affected thousands of families, leaving seats empty at tables.

"We used to say that daddy brought home strays, but not dogs, but like, random people," said Betsy Katzin, a Raleigh woman whose father – Gerald, or Jerry – died from COVID in December. 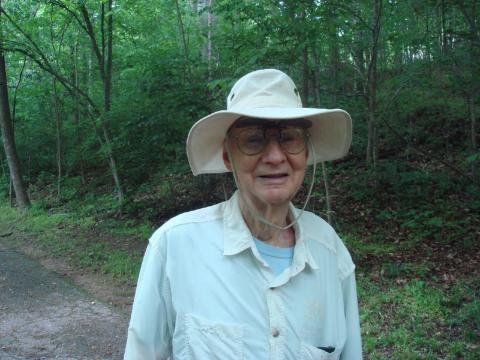 For months the family had been following CDC guidelines – social distancing, wearing masks, avoiding gatherings. It came as a surprise to everyone in the family when Jerry began feeling "lousy" in December.

And it was even more shocking when EMTs came to check out Jerry and found his blood oxygen level at just 60 percent. They rushed him to the hospital. Not suspecting COVID, Katzin was allowed into her father's room.

"His hands were like ice," reflected Katzin. "I was like holding his hand. And one of the doctors came in and she said, 'I need you to leave the room.' I thought they were going to do some procedure. I was like, 'Okay, what's going on?' She's like, well, 'He's got COVID so you need to go.' And that was it. I never saw him again."

All of those death records won’t be finalized for months. The state's Center for Health Statistics Department releases the information annually, usually in the autumn, which includes total number of deaths for North Carolina.

Wanting to get a better idea of how many lives were lost to COVID-19 in each county, WRAL Data Trackers made records requests to all 100 jurisdictions across the state, seeking information for total deaths in 2017, 2018, 2019 and 2020. All but 13 counties responded.

Drew Reisinger, Buncombe County's register of deeds, made a similar inquiry and heard from every county.

"There are a hell of a lot of people dying right now," said Reisinger.

WRAL reviewed his data, seeing there were more than 112,000 deaths in the state last year, a 17 percent year-over-year increase.

In the previous years, the increase was only 1 to 3 percent, year-over-year.

"If there was going to be any impact for citizens of North Carolina to understand, tangibly, what we're seeing right now, I wanted them to know that there was a massive increase in the rate of death and that is directly impacted by this COVID endemic," said Reisinger.

Each register of deeds death certificate reflects someone who died in that county, while the NCSCHS bases their number on a person's primary residence. Some register of deeds offices, like those in Hyde, Tyrell and Madison, noted they do not have hospitals in their counties which is likely why they have lower numbers.

For the first time in the county’s history, its death rate surpassed the birth rate. The same thing happened in 40 other counties in the state.

In previous years, the average death rate is fairly close to the state's population growth.

"This year was just totally different than every other year we've seen as far as data is concerned," said Reisinger. "Everything went the opposite direction that we've known, and it was significant."

Without the more than 7,000 deaths in the state which all noted COVID as a cause, the death rate still would have increased by more than 8 percent.

"There is a death toll associated with this even if it is not COVID itself," said Reisinger. "The death spike is jaw dropping.”

When responding to inquiries about a year-over-year increase, more than a handful of register of deeds offices told WRAL Data Trackers they saw an increase in what are often called "deaths of despair" – those linked to drug overdoses, suicides or alcohol addiction.

"We have had so many suicides and drug-related deaths in the past year," said Sherri B. Richard, the register of deeds in Craven County. "Of course, many of those were COVID-related, in one way or another."

"Many normal, non-lethal, consumption opportunities disappeared as the population socially distanced, whereas alcohol and drug abuse is something that can occur in isolation," writes Casey B. Mulligan, an economist at the University of Chicago.

According to the CDC, the general life expectancy for all Americans has decreased by one year due to hundreds of thousand of people dying in 2020. It is the largest single-year decline since World War II.

"What we're already seeing from some of the national data is the disproportionate effect of COVID-19 on some of our populations," said Dr. Lesley Curtis, a professor at Duke School of Medicine who is the chair of the Department of Population Health Sciences. "It'll show up in life expectancy for those groups of individuals, for those populations as well, and that's hugely concerning to us."

The rate was even higher for people in communities of color which have been disproportionately affected by the pandemic.

"The pandemic has amplified structural inequities that exist in our communities in our regions in our country," Curtis said. "Those inequities have existed for black and Latinx people for a long time. COVID has just made them worse."

That’s only one of the long-term ramifications experts are concerned about, though.

Curtis researches the health of populations and worries about how communities function properly after losing significant numbers of people.

"What's really concerning with the deaths that are attributable to COVID-19 is that, oftentimes, those are people who have many years of productive life left," said Dr. Curtis. "We're not just we're not talking about sort of natural, dying at the end of the natural life expectancy; we're talking about people who were cut short in their lives."

Curtis believes the increase in deaths in 2020, from COVID directly and indirectly, will have repercussions on society.

"It's only when you start thinking about the people in your community who are no longer there to do the work that they were doing that you realize, 'Oh, that's that's what 500,000 [lives and deaths] feels like."

Betsy Katzin feels her father had much more to contribute to the world. He remained an active member of the science community, still conducting research. He loved walking the greenway near Shelley Lake, smiling and waving to everyone. He was affectionately known as "The mayor of the greenway." Aside from wandering the trails near the lake, Jerry worked out regularly. His family called his routine "Gerobics."

He loved being outdoors. His sense of humor was unique. Katzin recalls a trick her father would play on dinner guests. Years earlier, he found a rock that looked like a potato. He originally put it in a bag of potatoes from the grocery store. When Katzin had boyfriends over for dinner, Jerry would suggest potatoes for dinner and sneak the rock onto the guest's plate.

Betsy followed in her father's footsteps, becoming a scientist.

"He was so proud," said Katzin. "I keep thinking like, could I have done something? Why didn't I know?"

The day her father died, Katzin's mom tested positive for COVID-19, too. She has since recovered after receiving regeneron treatment.

Katzin spent the days following her father's death in isolation, quarantining because she had been at the hospital with him.

She wonders what else her father would have done if he didn't suddenly die from COVID-19. When she is reading science articles, she finds herself noting information she wants to discuss with him before remembering she can no longer reach out and call him.

"It's been hard because it has not been a normal grieving or mourning process. It's certainly not fair."