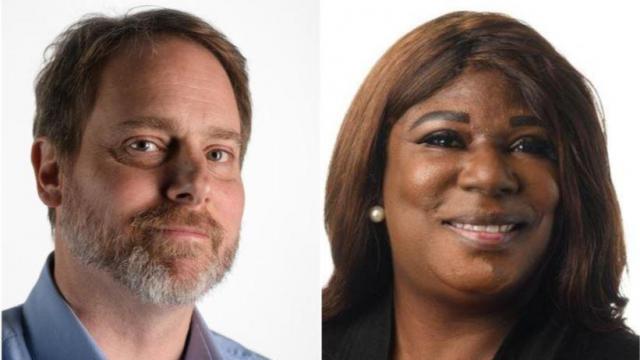 Paul Woolverton was in the parking lot near the J.C. Penney store when a man hit him several times and kicked him, according to Observer reporter Melody Brown-Peyton, who was with Woolverton. The assault happened just after 11 p.m., she said.

Woolverton said Sunday that he has a concussion, some bruises and a knot on the left side of his forehead. He said doctors checked to determine if he had bleeding on his brain but did not find any. He said he is sore but is otherwise OK.

Protests over death of George Floyd end in fires, looting, property damage in Raleigh and Fayetteville

“It appears I was knocked out,” he said. “I have gaps in my memory.”

Brown-Peyton called 911 and was able to flag down a police officer in the area. She said she told the officer that they work for the newspaper and what happened.

Brown-Peyton said she didn’t have time to think about whether she was in danger. She said she was focusing on Woolverton because he was hurt.

“Everything at that moment was happening so fast,” she said. “We were simply there doing our jobs.”

Woolverton has been a journalist for nearly 30 years.