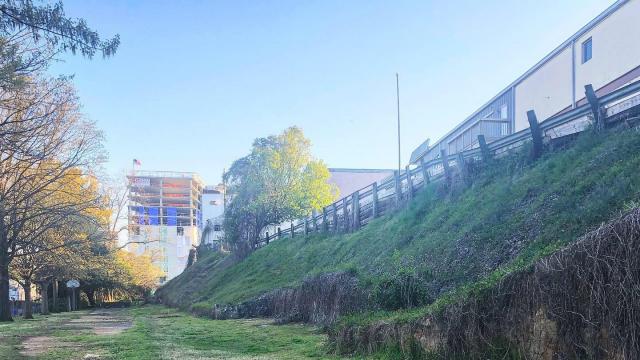 A quiet, unremarkable parking lot in downtown Raleigh seems like an unlikely place to find a piece of hidden baseball history – but if you look closely, you may be able to make out the vague shape of a baseball diamond, where legends like Carl "Yaz" Yastrzemski once played in front of cheering crowds of thousands of Raleighites.

Many have walked the unassuming concrete path that runs behind the buildings on West Street, never noticing the remains of the Devereux Meadow baseball stadium that was built there in 1938. The decades of overgrowth and abandonment have left it nearly unrecognizable.

But if you know where to look, you can find secret traces of Raleigh's baseball history. 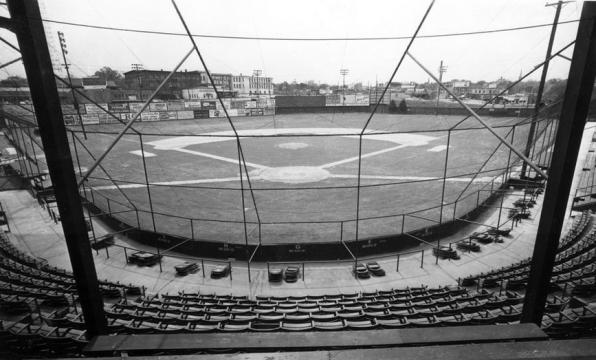 The Raleigh Capitals: Farm team for the Boston Red Sox

While most locals are familiar with the Durham Bulls, some locals have no idea that Raleigh once had its own team: The Raleigh Capitals – and later, the Raleigh Pirates.

Baseball legends like Carl Yastrzemski got their start on the Devereux Meadow diamond. Yastrzemski went on to find fame as a player for the Boston Red Sox. Devereux Meadow served as a farm team for the Red Sox, and even paid homage to Fenway Park by building our own version of the 'Green Monster.' 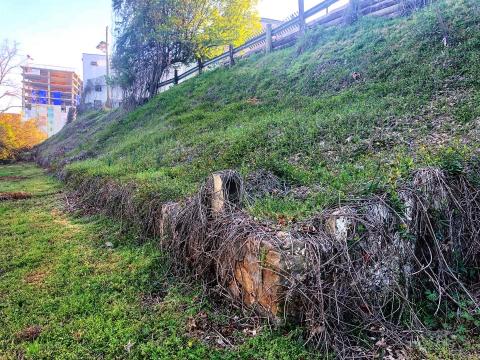 Several players on Raleigh's team went on to join major league teams and even the Baseball Hall of Fame.

Built in the 1930s, Devereux Meadow grew in popularity through the 1940s and 50s. In those days, up to a third of Raleigh's population could squeeze into the park, packing the benches while home run balls flew over the dangerously nearby Capital Boulevard – or, at the time, Downtown Boulevard. 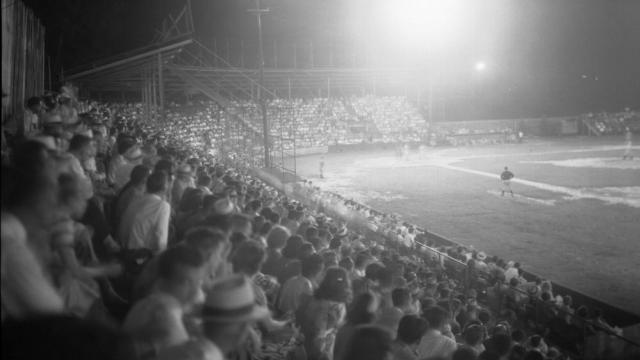 Devereux Meadow then and now: Remains of the walls and bleachers

The above image gives a view of how the baseball stadium appeared during its heyday.

Today, the remains of Devereux Meadow look more like this:

The paved walkway is a common place for locals to walk; however, it's easy to miss the tall stone wall with rebar poking out of the top, as most seasons it's nearly completely overgrown. 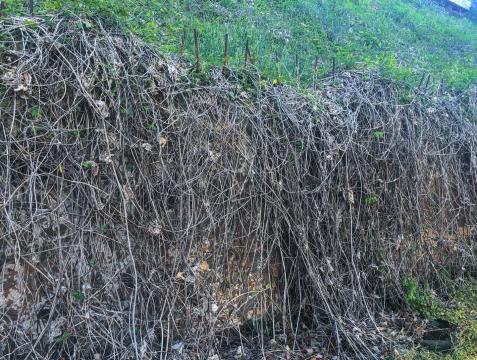 Behind the wall, a steep hill seems to be melting beneath decades of weight – but if you squint, you can almost see the stadium shape of the incline, where bleachers would have likely sat.

The stone wall is hidden beneath drapes of overgrowth, but during the winter it's easier to make out the shape of the wall. Corners and entryways become more apparent, indicating where rooms may have been built beneath the bleachers. 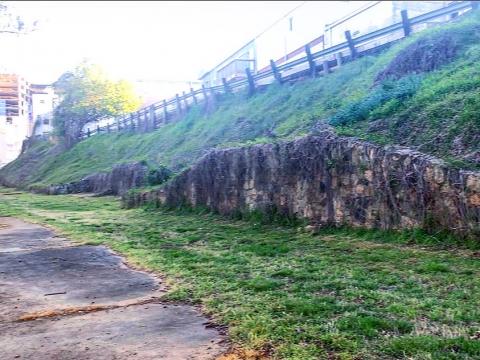 One section of the wall has rusted remains of plumbing, including a flusher. It seems likely that a restroom or changing room would have filled this spot. 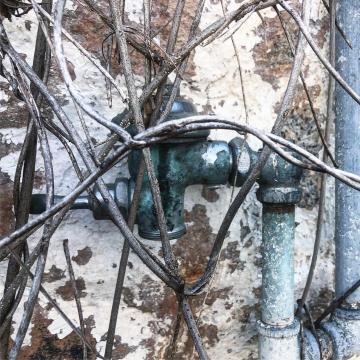 Rusty, sawed-off metal girders jut out of the pavement of the walkway, likely indicating where poles and beams held up the roofing that provided shade for the bleachers. 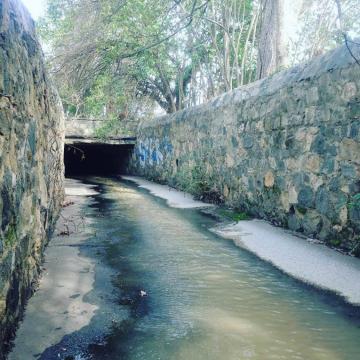 Devereux Meadow was more than just a popular baseball stadium. It was also a place where local school teams practiced their own sports leagues. Some locals recall stopping at Devereux Meadow as a reward after shopping with their parents at Belk's in downtown Raleigh. And in winter, Raleighites remember buying Christmas trees at Devereux Meadow.

"I used to go there and watch the games or sit on the hill behind the ball field. Finch’s Drive-In was right across the street and had the best hamburgers deluxe. There was a tennis court near there and we we played tennis and skated around the court," said Judy Green, who remembers these bygone days. 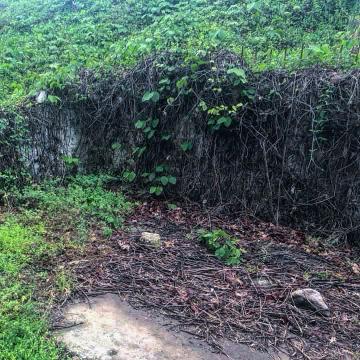 The popularity of the stadium allowed Raleighites close proximity to baseball legends who came to play there.

"Me and my best girlfriend would go to every home game," Frances Beverly, who is now 83, said. "We were about 11 or 12, and we walked from Glascock Street to Devereux Meadow. We had crushes on the ball players and would anxiously wait to get their autographs after the game!"

"What fond memories of our fleeting youth! My girlfriend, Mary Anna Trubnick, passed away in her 40s, and I miss her to this day. How I wish she was here with me to reminisce about those days!" said Beverly.

Other locals recall seeing home run balls flying over Downtown Boulevard –a sight that's difficult to imagine today. "Riding on Downtown Boulevard and seeing a ball hit in the middle of the road out of the stadium for a home run," said Ron Robinson. "One guess: Carl Yastrzemski."

Devereux Meadow also had one very memorable event, which offers a true indicator of Raleigh's culture during the 1950s: Chasing greased pigs.

"Sometimes during the games, they would ask the kids to come out on the field, and they'd have us chase down a greased pig," said Joe Alexander, born and raised in Raleigh. He said kids who caught the pig could win big prizes like TV sets or even a pony.

The end of minor league baseball in Raleigh

In 1968, around 30 years after the stadium opened, Raleigh and Durham created a joint team in the Carolina League. Their team was called the Raleigh-Durham Triangles, according to historian Chris Holaday in his book Baseball in North Carolina's Piedmont.

"They played half their home games at Raleigh's Devereux Meadow and half at Durham Athletic Park," wrote Holaday.

The empty remnants of the stadium decayed for years before finally being torn down and turned into the unassuming parking lot that stands there today.

If you walk the overgrown, muddy path and listen closely, you may hear the crack of a bat, the cheer of a crowd, and a whisper about creating a new minor league baseball team for Raleigh.

Which just leaves one final question: If they build it, will people come?

Have ideas for a Hidden History story?

Email hleah@wral.com if you have a piece of local history you'd like to see explored.

In the meantime, explore the remains of Raleigh's NASCAR speedway, tucked away in the woods off Atlantic Avenue.

Or, check out the remains of Raleigh's old roller coaster theme park, built in the early 1900s near Glenwood Avenue. Pieces of it are still standing today.

Finally, dive beneath Jordan Lake to see the hidden history of the community beneath the surface – including abandoned roads and even graves.