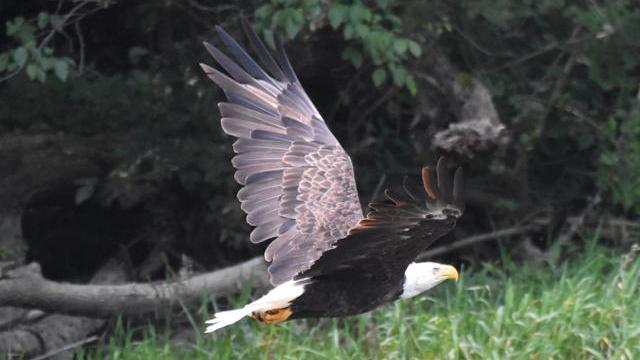 This week I repeated a ritual that has been part of my life for almost six decades. With friends, I stood on the rim of Linville Gorge in Burke County and looked down 1,500 feet to the Linville River below and back at least 300 million years in geological and biological time. Around us there were sheer cliffs covered with lichen, moss and mountain laurel. Below us were unseen black bear, ruffed grouse and bobcat hidden by the canopy of one of the last remaining old-growth forests in eastern America. When loggers came to the Appalachians in the 19th and early 20th centuries, they found the Gorge too rugged and too steep to build roads and extract timber.

This year however, I was struck by recent changes in the Gorge, which remains one of Eastern America’s truly wild places. Fifteen years ago, when my son had just entered his teens, I photographed him with his arms wrapped one-third of the way around a giant hemlock that was older than our Constitution.

In less than two decades that tree and thousands of other Eastern hemlock have become lifeless, gray pillars. The culprit, an introduced insect pest, the hemlock woolly adelgid. It has now killed a substantial percentage of the hemlocks in Linville Gorge and in North Carolina. In today’s world, such stories stories of loss are not uncommon.

Even as late as the 1800s the living natural resources — forests, fish and wildlife — of America and North Carolina seemed limitless. However by the beginning of World War I, North Carolina’s remaining longleaf pine forests in the coastal plain and the stands of spruce and fir on our highest peaks had been clear-cut with little thought to sustainability.

As if all of this wasn’t enough, the American chestnut tree, once one of the most valuable and omnipresent trees in Eastern America, was taken to the brink of extinction in the first quarter of the 20th century by the “blight” (an introduced fungus). Today, modern forestry practices have helped bring back portions of those forests, but the belief in “limitless” resources was shattered.

During that time of changing forest landscapes more than a century ago, one bird species, the American passenger pigeon constituted as much as 25% of our total bird population -- numbering between 5 billion and 8 billion birds. The combination of hunting pressure and habitat reduction drove the passenger pigeon to extinction by 1914. The once common Carolina parakeet joined the extinction list in the 1920s,. By the start of World War II the last ivory-billed woodpecker had been seen in the wild.

In the early 20th century the great flocks of migratory waterfowl that had darkened winter skies on the North Carolina coast were suddenly reduced to precarious numbers. The first decade of the 1900s also saw many of the most elegant birds in North Carolina wetlands, including egrets and herons, almost extirpated for their feathers.

Finally, let’s not forget that America’s national symbol,the bald eagle was in dire straits just 40 years ago because of illegal hunting, habitat destruction and chemicals (including the pesticide DDT) in its food chain.

A resurgence of many of these bird species was made possible by international cooperation, an educated public and a few good laws -- including the Migratory Bird Treaty Act (1918) and the Endangered Species Act (1973). Bird populations and avian habitats were also enhanced by the work of nonprofit organizations, lead by the National Audubon Society and Ducks Unlimited.

Looking into Linville Gorge I was reminded of the strong connection between natural resource preservation and the world of science. Through the permanent loss of some plants and animals and the near loss of others, as a nation we finally understood that whole species can be quickly eliminated by the carelessness of humankind and that water and air can be polluted to the point where ecosystems cannot survive.

We responded with landmark legislation, The National Environmental Policy Act of 1969, set forth a comprehensive environmental framework and a pledge “... to promote efforts which will prevent or eliminate damage to the environment and biosphere. ...”

In 1988 the science community helped identify another environmental crisis. A prominent NASA scientist, Dr. James Hansen, told a congressional committee “with 99% confidence” that a sharp rise in temperature that had been detected around the world was caused by human activity. For a brief moment in time the United States and other nations, stood unified behind the best available science,and began cooperative efforts to control the greenhouse gasses warming our planet. The cooperation did not last.

Just as I have followed the quiet rhythms of Linville Gorge, I have tried to understand the work of some of this country’s best scientists who have quietly and fearlessly sought to educate us. Included in my list are E.O. Wilson (understanding and preserving biodiversity), Rachel Carson (the impact of long-acting chemicals on living things), James Hansen (global warming related to human activity), Jeffrey Sachs (climate change and sustainable development), Stan Riggs (sea-level rise and climate change), Ayana Elizabeth Johnson (oceanography and environmental justice) and Anthony Fauci (advocate for public health education).

I do not know their political affiliations and have never found their writings or public statements to impinge on the religious beliefs or the constitutional rights of anyone. They have simply dedicated their lives to building a sustainable planet and to improving the health and condition of people everywhere.

When the implications of the pandemic became clear early this year, most of us expected national leaders to help us unite against a common threat as we have always done.

However, for the first time in my life, as a nation we have neither followed the science, nor exhibited empathy for those most affected. Instead, our national response has left us more divided and shaken trust in the scientific community.

The same shrill voices that have challenged and diminished our response to global warming and the protection of biodiversity are now challenging long established public health practices.

In this election year, COVID-19 has tested healthcare systems, the economy, schools and brought sadness to countless families. At the same time the only planet we know continues to show alarming signs of a steadily warming climate, diminished biodiversity and reduced air and water quality.

As you mark your ballot to choose local, state and national leaders this year, I have only one observation: The loudest and angriest voices are rarely the wisest. COVID-19 will present our toughest challenge in the months to come, but in the years and decades ahead. Our response to climate change and the diminishing diversity of living things will determine the temperature of planet and the quality of life for future generations.

If you need a reminder of what is at stake on Nov. 3, travel to Burke County, look deep into Linville Gorge, listen for the quiet voices and follow the science. 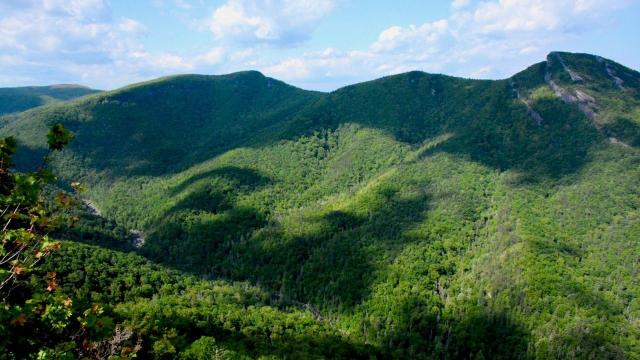 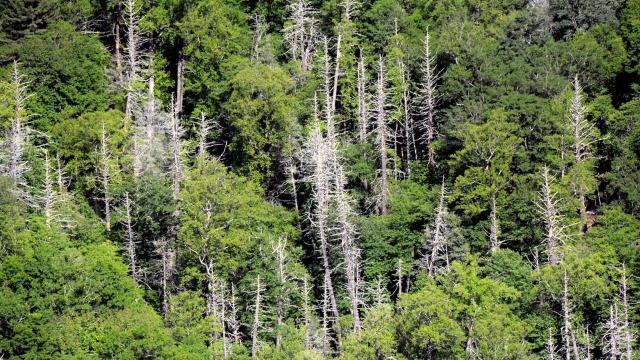 For most of its length Linville Gorge is deep enough (1,500 feet from its rim to the river below) to hide the Empire State Building (1,250 feet). (Photo 1) Even though it is still home to extreme biodiversity, the great chestnut trees and most of its hemlocks are now gone. The ghostly skeletons of hemlock can still be seen. (Photo 2) 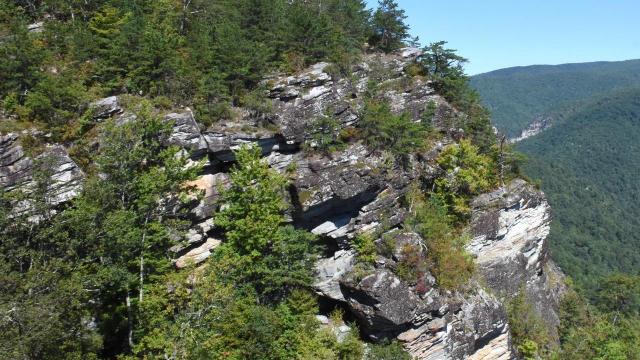 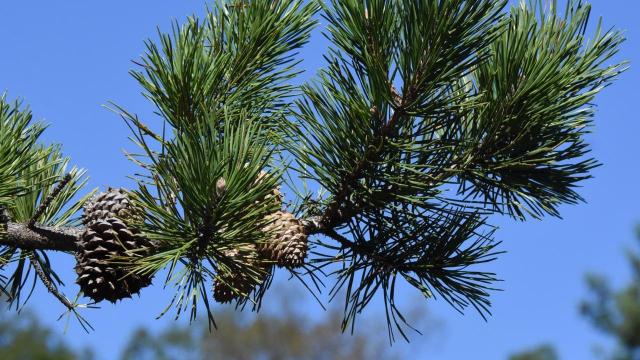 The ancient rocks in the gorge walls (Photos 3) are covered with lichen, moss, laurel, and table mountain pine. (Photo 4) 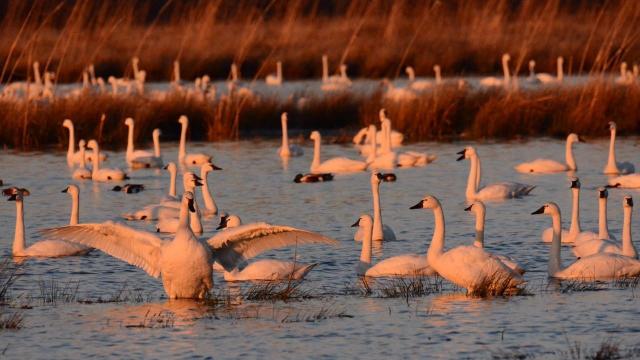 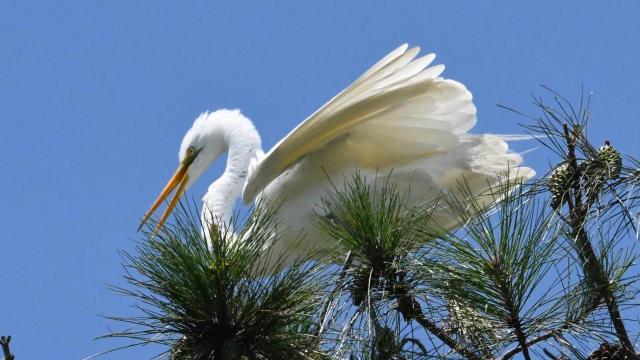 Treaties and legislation based on sound science have aided in reestablishing populations of some of North Carolina’s most iconic birds, including tundra swans (Photo 5), the great egret (Photo 6), and bald eagle (Photo 7). 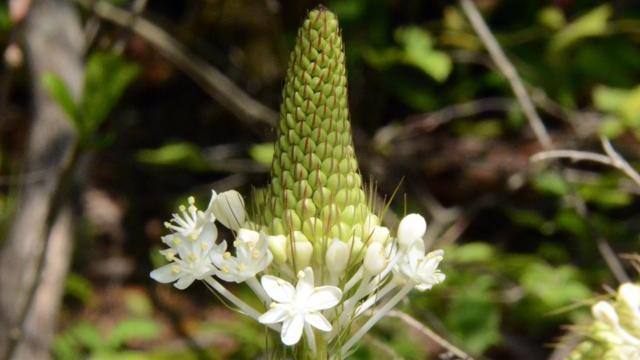 Looking into Linville Gorge I am reminded of the role of science and responsive government in protecting the myriad species of trees, flowers, birds and insects that form a tapestry in which all living things are connected. Several years ago, near Memorial Day weekend, I came upon an unexpected wildflower, the “turkey-beard lily,” on top of a stone outcrop. I should not have been surprised because truly wild places like Linville Gorge never disappoint. (Photo 8)