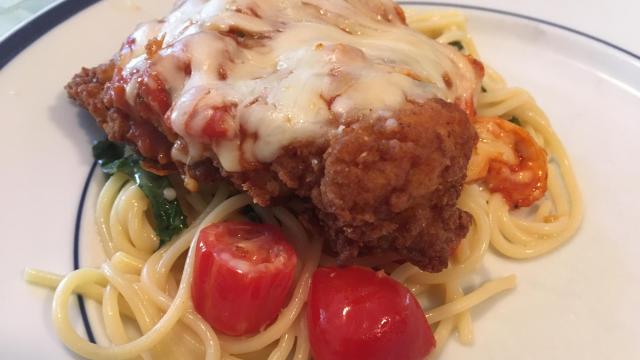 Chick-fil-A not only has its usual menu of chicken sandwiches, waffle fries and nuggets, it's also helping you cook dinner too.

On April 30, the fast food chain announced that it was rolling out its Chicken Parmesan Meal Kits to participating restaurants, including many across the Triangle, starting this month. Starting at $14.99 for two adult servings, the kits come with ready-to-heat ingredients and a step-by-step recipe with promises that you'll get dinner on the table in less than 30 minutes.

I gave it a shot.

Once our order was placed, we drove over to Cameron Village and, within minutes, the kit was placed in our trunk at the curb.

The unboxing of the meal kit was probably one of the highlights of the entire week for my 10-year-old and me. There was a lot in the bag — boxes with all of the ingredients and little packages of warm fried chicken filets. Plus those cookies. 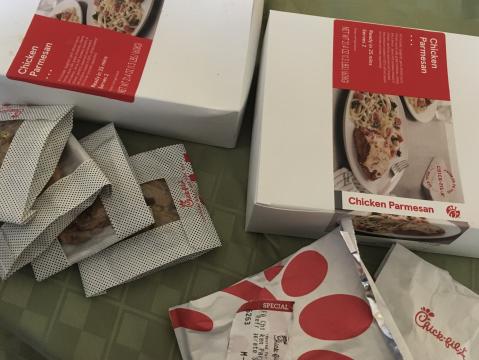 It also came with six-part instructions to get it all on the table, and that's when I realized I was in for some work. I knew this was a kit, but, for some naive reason, I didn't realize I'd be spending so much time at the stove and oven. Let's just say, this kit does take some work. It isn't anything that can't be done quickly and easily, but if you don't feel like cooking or doing dishes, just order your usual at Chick-fil-A.

Inside the meal kit boxes, you'll find all kinds of packaging. There's fresh produce, including entire fresh lemons for squeezing, grape tomatoes and shredded kale, along with other ingredients — the cheese, sauces and cooked spaghetti. 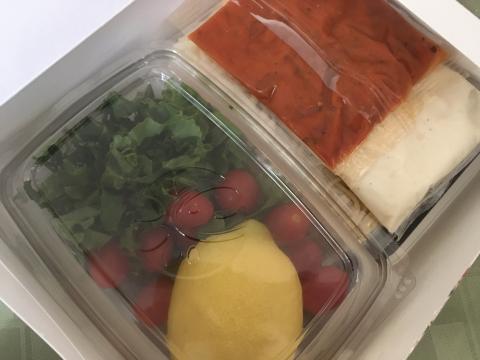 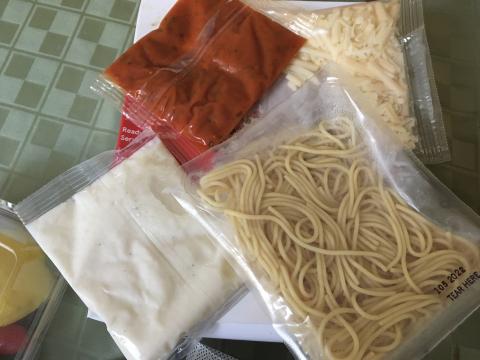 Here's what two of our chicken filets looked like. 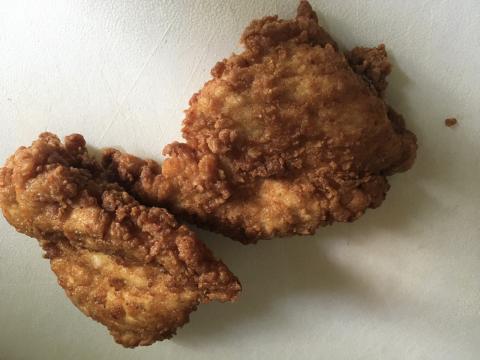 So, now I had to actually cook the thing, which involved heating up the oven, cutting the filets into four strips and baking them in a foil pouch with the marinara sauce and cheese on top. While they cooked, I stirred up the creamy garlic and lemon pasta sauce on the stove. To prepare the sauce, you have to slice the grape tomatoes, sauté the kale, mix in the pre-made sauce, add in some water and squeeze the lemon. 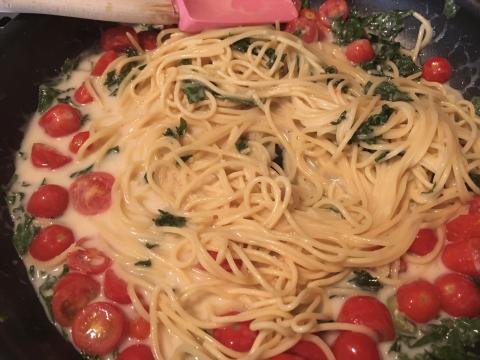 And here's what my chicken looked like once it was out of the oven. 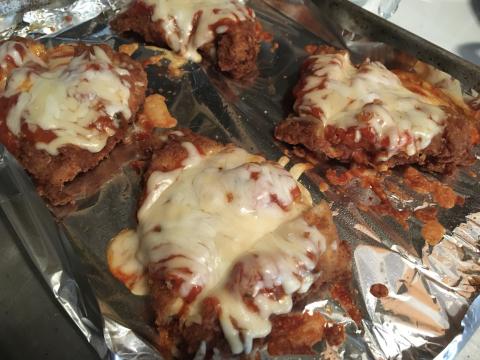 And, finally, the presentation.

The reviews? It was a little saltier than I usually make things, but it was surprisingly good. The veggies were nice and fresh. My husband was surprised that the cheese sauce was fairly light. My kids ate it up with no complaints. And, as advertised, it did take me 30 minutes to get on the table. 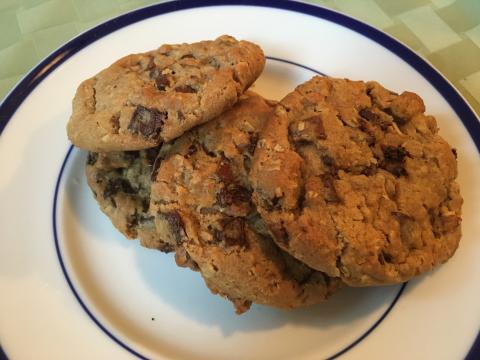 Will I do it again? I didn't love all of the packaging that it came in. It did require me to stay fully involved for the 30 minutes it took to make it all. But, overall, it was a filling meal that everybody ate without complaint, and I'm up for anything that makes my life a little bit easier these days.