Chapel Hill conference to highlight the important role, unique challenges for fathers of kids with autism 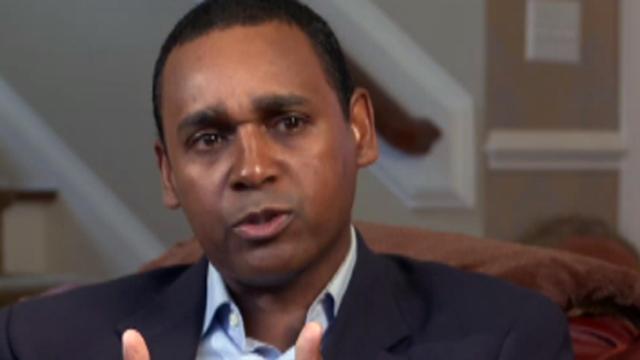 "I simply didn't buy it. I thought, as a man, this was something ... I could fix," Ballen said in an interview. "When you realize you can't fix it, you're not sure how to react. A lot of men tend to recede into the corners."

It took a couple of years, but Ballen eventually came to terms with the diagnosis, tossing aside worries about his ego and what his son's diagnosis said about him, thoughts which he now says were "completely wrong." Today, Ballen and Julian, now 26, are very close. Julian, who loves animals and animated Disney movies, lives at home with his parents.

Ballen eventually wrote the memoir, "Journey with Julian," about raising his son. And, as he navigated his own journey with his son and spoke with others in the autism community, he noticed something. Many fathers struggled with the same thoughts and feelings he had experienced. What's more, across the country, he heard from women who attended his talks and told him that their husbands walked away from their families after autism diagnoses.

"I knew I couldn't be the only father who thought these things," Ballen said. "And when I talked to other fathers, I realized this was the case."

That's why Ballen is behind the first-ever UNC Autism Fathers Conference. Planned for Sept. 14 at the Carolina Inn in Chapel Hill, the day-long conference will address the important role of fathers in parenting individuals with autism.

Professionals from the sports, art and entertainment worlds will talk about their personal experiences in the morning keynote and other conference sessions. They include former professional baseball player and UNC alumnus B.J. Surhoff; NASCAR Hall of Famer Ray Everham; former NFL tight end and current pro scout for the Tampa Bay Buccaneers Alex Smith; and documentary filmmaker Charles Jones, who directed the 2014 documentary, “Autistic Like Me:  A Father’s Perspective."

Registration, which ends Sept. 10 and costs $50, is open. Attendance is open to all, not just fathers.

Several years ago, Ballen started speaking with Dr. Joe Piven, director of the Carolina Center for Developmental Disabilities, about the unique issues fathers face when their children are diagnosed with autism. Piven said he's seen it in his own practice.

"They seem to struggle with this much more than mothers," he said. "But there seems to be an absence of this conversation, much less any special kinds of interventions or doing anything about it."

The number of children diagnosed with autism has skyrocketed in the last three decades. At the start of Piven's career 30 years ago, about every two or four kids per 10,000 had autism. Today, the rate is 1 in 59 school-age kids. There's no general agreement on why so many more children have autism.

"Clearly, a lot of it has to do with the visibility and the advocacy groups and the changing definition," Piven said. "We don't know if something in the water has changed or biology has changed. It's become a much more prominent and obvious public health issue."

Exactly why men may have a harder time accepting their child's autism diagnosis is hard to say, Ballen and Piven said. It may have something to do with their traditional roles in families as the fixer and provider. Men, traditionally, seem to have more trouble opening up and expressing their feelings than women. It could have something to do with the difficulty of watching their own sons struggle. Autism is much more common in boys than in girls.

Despite the large numbers of children with autism, the experience can feel isolating. Even now, friends with children the same age as Julian have no idea what his day-to-day challenges are, Ballen said. Their children are embarking on exciting careers; Julian isn't.

"I have a different pathway as a parent and it helps to be able to connect with other people who understand," Ballen said.

Ballen and Piven hope the conference will provide fathers with more information about their child's diagnosis and why their role as a father is vital to their child's well-being. They also hope that it helps dads build connections with others like them.

"Everybody wants a sense of some kind of community, no matter what that community is," Ballen said. "For me, it was just good to know that I wasn't the only father who had a child with autism, who was dealing with these emotional issues myself. I found it therapeutic. It helps when you talk to other people. ... There is safety in numbers and there is comfort in numbers. You come up with different ways of coping."

Piven and Ballen are hoping for a packed house on Sept. 14. (And, don't worry, sports fans, at the end of the day, during the closing reception, they'll have monitors up with college football games.)

To other dads out there with children on the spectrum, Ballen shares these words of wisdom.