Business owner? Here's what you need to know about filing an insurance claim 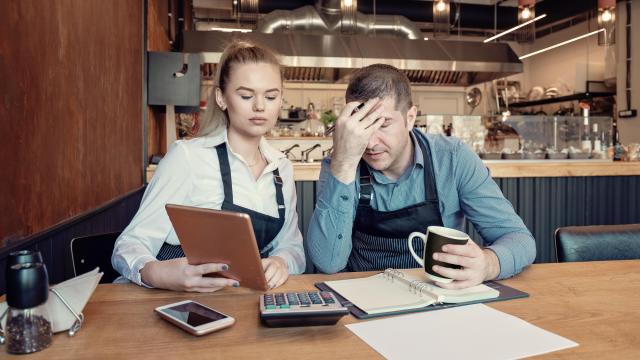 This article was written for our sponsor, Paynter Law.

All across the world, business owners are being impacted by the coronavirus, and countless stores and restaurants have been forced to shut down or significantly reduce hours. While this guideline is in place for the safety of the general public, decreased or halted business operations have led to a significant loss of income for many.

For those with businesses affected by COVID-19, submitting an insurance claim is one way to take the steps toward financial recovery. However, due to the unprecedented nature of the pandemic, it's not immediately clear which policies cover what damages.

"In an ideal world, you'd be able to talk to a lawyer who could review your policy, because there may be ways to get coverage that you haven't thought of," said Stuart Paynter, a trial attorney and founder of Paynter Law. "Most business owners have standard property insurance, which may have a provision that allows you to recover for lost business income. In those policies, there's usually a requirement of a physical loss or damage to a covered structure. That's really where the rubber meets the road, whether the impact of the pandemic qualifies as some kind of physical loss or damage."

Physical loss or damage to property varies on a case-by-case basis, and, in Paynter's opinion, the topic isn't black and white.

Policy language tends to differ between insurers and businesses, so some contexts could allow for more flexible coverage than others, but no hard-and-fast definition for the concept exists.

A business interruption policy may also be a coverage option, but the language can be tricky.

For example, some policies only kick in when there is a complete cessation of business. For restaurants that continue doing takeout or stores that offer online shopping options, this continuation of business may disqualify them from coverage.

Since the language can be ambiguous, it may be best to speak with a lawyer and discuss your options.

Along with most of these typical insurance policies comes a "menu of endorsements." Through these endorsements, business owners may find additional opportunities to make a claim.

"Depending on your type of business, there's a number of endorsements you might have in your policy. Restaurants, for example, might have coverage explicitly for contamination of their food. That's something that business owners need to be aware of and think through: how the policy relates to their particular business," Paynter said. "Some of these endorsements — like a civil authority endorsement — may be in a business owner's policy and they may not even know it."

A civil authority endorsement may allow coverage thanks to a stipulation that kicks in during a shelter-in-place or shutdown ordered by the government.

Typically, individuals will still need to show physical loss or damage, but the damage doesn't necessarily have to be to the insurance holder's property. Instead, the damage must have occurred to a building or structure within a certain radius of the covered property.

Speaking with an insurance provider about your claim

When bringing forth your claim with insurance providers and discussing your various coverage options, it's crucial to carefully phrase your conversation, as anything said can potentially be used as leverage to deny a claim.

Since this crisis is unprecedented, however, there's no guarantee of coverage. There are currently rumors that some providers may do what they can to deny coverage altogether. When filing a claim, there are a few red flags to be on the lookout for.

"In general, insurance companies will take all the time that they can get before making a decision," said David Larson, a civil litigation attorney at Paynter Law.

If there is a delay before a policyholder hears anything and then once they do hear something, there's a request for more information, Larson advises people to ask the insurance provider to tell them everything they need upfront so the claim can be addressed as soon as possible.

"Otherwise, it'll become a pattern of asking for more information every few weeks to draw out the process," he said. "It needs to be very clear between the parties exactly what the insurance company wants or needs in order to make a decision on the claim."

If an individual filing a claim believes for any reason their insurance company is intentionally drawing out the process, they may be entitled to bring a bad-faith claim. An example of bad faith would be an insurance company that has internally decided not to honor claims and has possibly passed this decision onto brokers, but continues to ask people for detailed information about their case — typically in an attempt to make the claims process more trouble than it's worth.

In some cases, even if an individual's claim wouldn't have normally been approved, they can still recover 100 percent of losses through a bad-faith claim.

In cases where either bad faith is suspected or policy language is unclear, it may be wise to enlist the expertise of a lawyer before speaking with your insurance provider. Since there aren't many similar cases to compare these claims to, it's largely unfamiliar territory and could set a new legal precedent for insurance coverage.

"In North Carolina, we've seen lots of widespread claim events every time we have a hurricane, but this is very different," Larson said. "It's going to come down to the specific policy provisions, because some are going to specifically exclude this, but some are going to include something like a government shut down."

Paynter added, "There are several case law attempts to define what you need to show for physical loss or damage, but this is really new. We've never had this situation before, and I think there is going to be a lot of litigation to define these terms. There aren't cases out there that you can point to and say, 'This has happened before, and we all know what it means in this context.'"

When preparing to bring forth a claim, business owners should carefully read through their policies, gather information like tax returns and accounting books, and consult with a lawyer if the policy language is unclear.

Even if you aren't certain your claim will be covered or an agent informally said it may not be, it's still wise to submit one as soon as possible. Otherwise, time may lapse, and you could unintentionally waive your rights to coverage, not to mention continue losing income.

"People are trying to figure out how to live right now, adjusting to working from home with kids, dogs, parents, people you care for. I don't know how many people have started to make a claim, but the process can take some time. If people want to have their income replaced, they need to get those claims in ASAP," Larson said. "If you don't make a claim, they're not going to start offering you money — they're not even going to consider it until you make that claim. If you're sitting there losing income, it's important that you take the steps to start getting that replaced."

Insurance coverage in the midst of a pandemic is, undoubtedly, a strange and complicated concept; one that could very likely spur new legal precedents. For those with businesses financially affected, many lawyers offer a free consultation that can shed some light upon your options, since a majority of coverage could be decided on a case-by-case basis.

"It's a unique time, and it's a tough time. Everyone is struggling," Paynter said. "If you're making claims yourself without having a lawyer to help you, that could impact your ability to recover down the road. A lot of lawyers, including my firm, will do this kind of coverage analysis for free."

"Additionally, if your claim is denied or if the insurance company is trying to drag things on, you are able to potentially bring litigation. A lawyer is not only going to know about whether you potentially have coverage, but will also bring clarity to the complex rules in the insurance code and the case law," he continued. "At the end of the day, there might not have been coverage, but you may still be able to recover if your lawyer is able to show that the insurance company didn't handle the claims process itself properly."

This article was written for our sponsor, Paynter Law.