'It was a pill mill': Local doctor caught prescribing high doses of opiates

Raleigh, N.C. — Through enforcement, education and outreach, North Carolina is making headway on the opioid epidemic that killed 12,000 people in the state from 1999 to 2016.

The North Carolina Medical Board launched the Safe Opioid Prescribing Initiative in 2016. To date, the program is paying off. WRAL Investigates found in 2016, the amount of oxycodone prescribed in North Carolina dropped for the first time after 10 straight years of skyrocketing increases, 2.5 million grams of the highly addictive drug were prescribed in 2016. While that’s still twice the amount prescribed 10 years earlier, the drop appears to show we’re heading in the right direction.

Under the Safe Opioid Prescribing Initiative, the Medical Board collects data on the top two percent of doctors who prescribe highest amount of opioids and who have a high volume of patients. The board also collects data on doctors who have two or more patients die from opioid overdoses when the last prescription was within 60 days of the patient’s death.

Jean Fisher Brinkley says the board’s investigation goes beyond just the data. “The board is looking to identify prescribers who may be engaged in substandard care and who may be prescribing inappropriately and if they are to take action to make sure they stop,” she said.

The first year of the program showed positive results. 50 investigations were opened based solely on the prescription data collected by the board. Action was taken against prescribers in nearly 40 percent of those cases. Combined with tips from patients, doctors or pharmacists, the board also saw an overall jump in the number of investigations based on prescribing concerns from 103 in 2015 to 180 in 2017. Despite the increased enforcement, Brinkley says there’s still plenty of work to do: “We’re not there yet. You know, the overdose rates, deaths are still rising.” 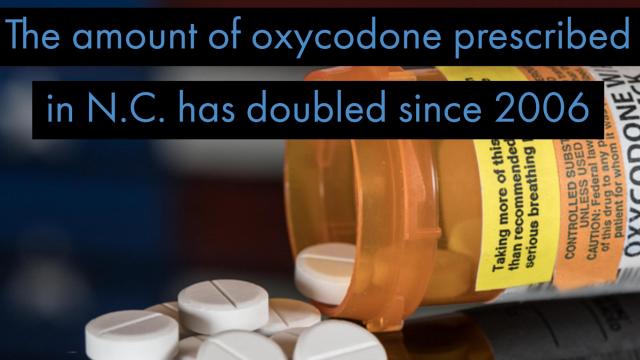 “Unbelievable. Absolutely unbelievable.” That’s the reaction from Teresa Joyner following a board investigation into Doctor James Campbell, from Clemmons. Joyner’s 34-year-old son Jeffrey Stafford died within a year of seeing Campbell. “It was a pill mill. I mean they were rotating through there every 15 minutes,” says Joyner.

The board’s disciplinary decision against Campbell says Stafford wasn’t the only patient who died from his care. Under the board’s Safe Opioid Prescribing Initiative, the North Carolina Department of Health and Human Services notified the board of the overdose deaths of two more patients.

WRAL Documentary: Searching for a Fix

“His testimony just blowed me away. He’s like they would come into me and I would prescribe them what they were getting off the street,” says Joyner, who also testified in front of the board.

WRAL Investigates spoke to Campbell on the phone. He defended his prescribing habits, claiming he was helping patients by getting them off of street drugs. In the end, the board disagreed and revoked Campbell’s medical license. It’s a move he called “unjust.”

Moving forward, Joyner hopes the medical board, the medical profession and law enforcement continue to crack down to keep other mothers from experiencing her pain.

“You see it every day on TV,” she said. “All these kids dying but you wonder what are they really doing. I mean, if they’re going to do something, they need to do it now.”