Raleigh council approves plan to turn church into a restaurant 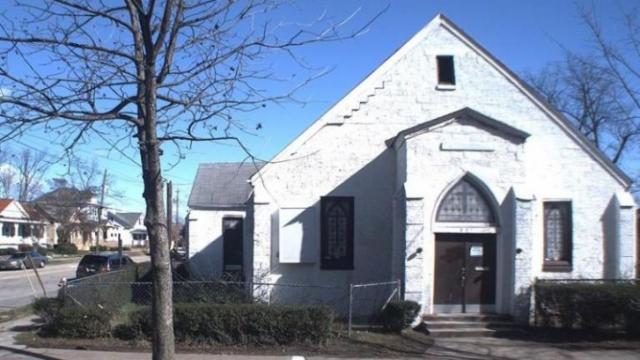 Raleigh, N.C. — In a Tuesday meeting, the Raleigh City Council approved the plan to turn a Person Street church into a restaurant.

During Tuesday’s session, Andy Petesch, the attorney for applicant Phuc Tran, told council that he had compromised on his plans, including capping outdoor seating and limiting the hours to 10 p.m. Monday-Thursday, 11 p.m. on Fridays and Saturdays and 9:30 p.m. on Sundays.

Many in the community had asked that the applicant prohibit a restaurant altogether, as they felt the accompanying alcohol sales would be inappropriate for both the character of the neighborhood and the history of the building.

Councilor Kay Crowder asked Petesch if the limited hours of operation would be enough to sustain a business. Petesch replied that the applicant had researched similar businesses in other neighborhoods and concluded that his endeavor could be successful.

Councilor John Odom called for a vote on case, noting “This is one that we’ve asked to have conditions put on it, and it looks like they’ve added quite a few. I think we’ve come to the best possible conclusion we can on this one.”

The case was approved 6-2, with councilors Eugene Weeks and Russell Stephenson voting against it.