Cary's Zombiepalooza was a thriller, not too chiller night 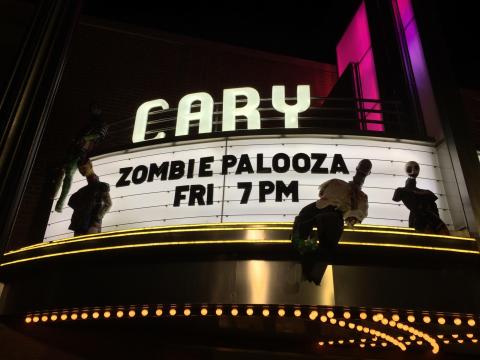 It's the second year for Zombiepalooza, and from the looks of the turnout, it might not ever die. It was a pleasant, crisp fall night, and a large, diverse crowd of walking dead enthusiasts came for the free viewing. Attendees ranged from groups of teens to elderly couples, pet owners to families with small children, very particular zombie experts to zombie-curious neophytes.

Some came in costume, or so I wish to believe. Part of the night included a costume contest. There were several worthy entries, as the lurches in my stomach can attest. Freddy Krueger was also in attendance, unless I was dreaming.

The range in story lines was a real credit to the creative spirit in the community. I would've thought there is only so much one can do with those creatures. Emotionless, finicky eaters, usually slow of foot, and generally unable to pronounce, well, vowels, they would seem to present all the storytelling appeal of a stinkbug romance. 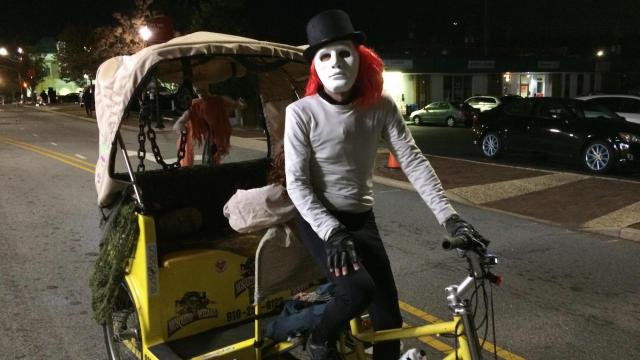 What I saw as a limit, the contributors clearly took as a challenge. While there were some in the classic zombie oeuvre — Oh no, zombies! Run! Kill 'em before they kill us! — the theme of the night might have been, as expressed in "The Big Sale," that "Zombie lives matter."

Several contributions considered the humanity in these lumbering human corpses. For example, what kind of television shows would zombies like? What kind of employees can zombies be? Can zombies be patient with a salesman without butter?

A documentary explored raising a zombie daughter in "Life with Molly" and confronted us with the question of whether it's enough if her teeth don't break the skin. Or when the subject of "Zombie Love: A Second Chance" exclaims "I can't be dead; I never found my true love!" we wonder: Are you still able to find your life partner … after death?

"I asked you to pick up some brains for dinner" developed into an exploration of the dynamic between undead husbands and wives. In the night's top prize-winner "Death Don't Do Us Part," a young married zombie couple began to deal honestly with the fact that their deaths have been drifting apart.

The night concluded with a showing of zombie pioneer George Romero's 1978 classic "Dawn of the Dead."