Zelle Fraud Protection: What You Need to Know Before Transferring Funds 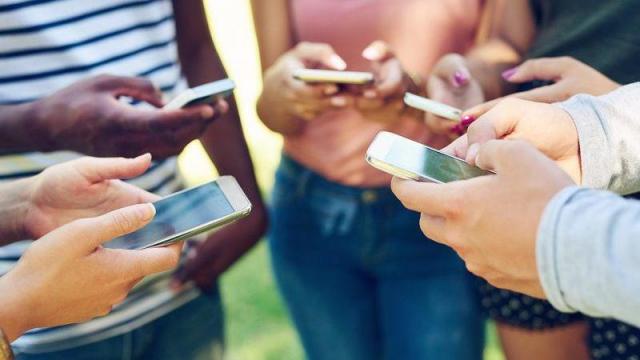 Credit cards. Debit cards. Zelle. One of these popular ways to spend money from your bank account is not like the others, and many consumers are finding out the hard way. Zelle is the big banks’ answer to Venmo  — a  consortium of heavy hitters like Bank of America and Wells Fargo lets account holders send cash to each other almost instantly via smartphones or email.

Zelle was a near instant hit: about $75 billion in transactions were made via the service last year, twice Venmo’s volume. But it’s popular with scammers, too. Criminals have flocked to the service because, like wire transfers, Zelle transactions cannot be disputed or reversed, and some consumers have been overly trusting of the service due to its affiliation with traditional banks.

Lauren Driver of Los Angeles sent $2,000 using Zelle in an effort to buy “Hamilton” musical tickets in December. When the seller turned out to be a scammer, she turned to Zelle and to Bank of America, expecting the usual fraud protections would apply to the transaction.  After all, Zelle commercials hawk the service as safe, because it’s “backed by the banks.”

No luck. Driver was told her transaction wasn’t covered by any kind of fraud guarantee.

Consumers have flocked to social media recently with similar tales of woe.  In many cases, banks are declining to help, citing Zelle’s policy. In an emailed statement, Bank of America reiterated that Zelle is intended for sending funds to friends, family and people customers know.

“Banks are saying there is no protection because the consumer initiated the payment,” Driver said.

Is Zelle unsafe to use? Yes and no.

Zelle should basically be handled the same way. In other words, Zelle should only be used for low-dollar, very personal transactions.

Some of the consumer confusion around Zelle was created by the product’s aggressive marketing, which initially touted its security features. In one TV commercial, performer Daveed Diggs rapped, “You can send money safely cause that’s what it’s for / It’s backed by the banks so you know it’s secure.” Citing such ads, Driver said she was surprised that she wasn’t covered for her incident.

What types of fraud are covered with Zelle?

The confusion lies in Zelle’s definition of “fraud.”

Zelle does provide some fraud protections to consumers, as required by the Federal Reserve’s Regulation E, which governs electronic transactions.

“Consumers are not liable for unauthorized activity on their accounts,” said Lou Anne Alexander, group president of payment solutions at Early Warning, the firm that operates Zelle for the banks, in an emailed statement.

“Unauthorized activity” covers only certain kinds of fraud, however, such as account hacking — similar to a criminal stealing your credit card and using it to initiate fraudulent purchases. On the other hand, transactions initiated by consumers that later turn out to be fraud — when there really aren’t “Hamilton” tickets for sale — are not covered. Credit card issuers often call this “purchase protection” or “dispute resolution.” And Zelle doesn’t offer that.

“Sending money with Zelle is like sending cash, and consumers should only use the service for sending money to people they know and trust. We do not offer purchase protections available through credit cards, debit cards or available for a fee for purchase-specific payment technologies,” Alexander wrote.

It’s understandable that consumers might miss that critical distinction — after all, whether their accounts are hacked or a scammer lies to them, the end result is the same. With credit and debit cards, and even PayPal, consumers can get their money back in most cases by disputing the transaction. But not with Zelle, or its rival person-to-person payment system, Venmo.

Zelle said it is aware of the complaints, and is “working to improve our service, including requiring some consistent (user interface) changes that will help consumers confirm that they are sending to intended recipients.” Those changes might take some time, however.

The bottom line: Choose to whom you send Zelle payments carefully

So what should consumers do? It’s simple, really. Don’t trust Zelle any more than you trust the $20 bill in your pocket. Use Zelle to split the bill with your friends for lunch; it’s perfectly safe for transactions like that. If you’re afraid a hacker might break in and raid your bank account using Zelle, relax. You’re covered for that kind of fraud.

But never use it for any sizable transaction, or with anyone you don’t know. If you do, the banks won’t have your back.

The post Zelle Fraud Protection: What You Need to Know Before Transferring Funds appeared first on MagnifyMoney.