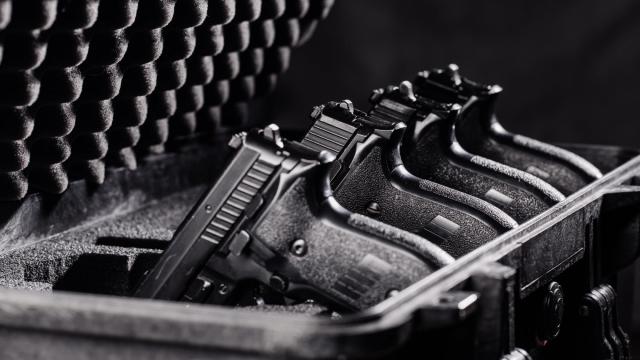 Zebulon police are searching for two men connected with robbing a man of two guns and $750 while armed.

Three people were sitting in a vehicle at Gill Street Park, on North Gill Street, when they were approached by two men wearing dark clothing.

One man opened the driver’s door of the vehicle and forced the victim to the ground at gunpoint.

Using the victim’s keys, the man opened the trunk of the vehicle and took a pistol, a semi-automatic rifle and magazines for each.

The two men fled on foot and fired a shot into the air.