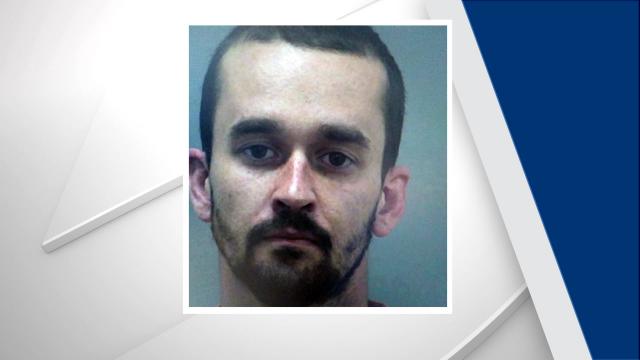 Zebulon, N.C. — A Zebulon man was charged on Thursday with using his vehicle to run over a Wake County Sheriff's Office deputy, according to officials.

Deputies were attempting to serve a warrant at a home on 2125 N.C Highway 97 in Zebulon. When they arrived, they found Matthew Cary, 30. He jumped into his vehicle and attempted to use his car to run into the deputy serving a warrant, officials said.

Cary ran his vehicle into the deputy's patrol car and fled the scene. The deputy was not injured from the crash, according to officials.

He was charged with assault with a deadly weapon on a law enforcement officer, communicating threats, and damage to property.