Zebulon man accused of killing roommate called 911 on himself

Zebulon, N.C. — A man accused of killing his roommate turned himself in to police Tuesday night, police say.

Around 10:15 p.m., officers responded multiple 911 calls reporting gunshots at a home on Braemar Highlands Drive. Callers told dispatchers there was arguing and multiple shots were fired, according to 911 calls released by police.

When police arrived on scene they found Chauncy Kassim Montague, 35, in the front yard with gunshot wounds. Montague was taken to a local hospital, where he died.

Witnesses said the shooter left in a Dodge Charger, but before officers could locate him, Travis Denawn Jordan, 32, called 911 to notify dispatchers of his location, even saying he had a gun on the seat beside him, police said.

Police are not currently releasing the recording of this 911 call.

Raleigh police officers stopped the car on Ricker Road, and Jordan was arrested on murder charges. 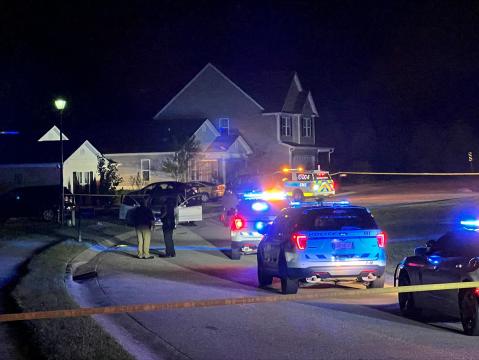 Police said Jordan was extremely cooperative. They found him in his car with the flashers on. When they arrived, he instantly got out and put his hands up.

Investigators said Jordan and Montague were roommates, and an argument had led to the shooting.

A neighbor who declined to go on camera told WRAL News the home where the apparent crime took place had been a "place of trouble." He also said it's not the first shooting that has happened on the street.