ZAGROS MADJD-SADJADI: The economy's bad, likely will get worse before it's better 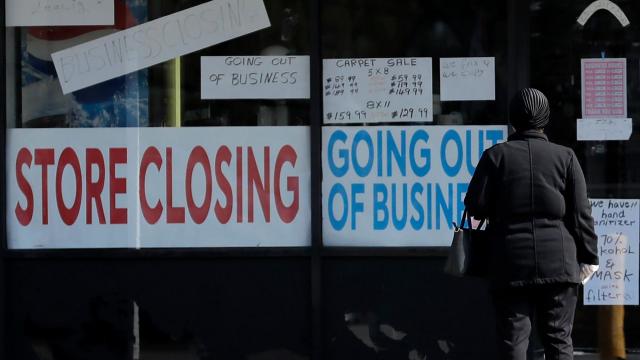 EDITOR'S NOTE: Zagros Madjd-Sadjadi is a professor of economics at Winston-Salem State University and research fellow at its Center for the Study of Economic Mobility.

The economy will likely get worse before it gets better and the economy is worse off now than reports suggest.

What the current pandemic depression reveals to us is the fragility of our national and local economies. Usually the unemployment rate moves slowly by tenths of a percentage point or even if it moves quickly, it typically does not jump by more than 1% in a month. In such cases, the reported unemployment rate roughly tracks the economy at the time.

This time is different. In only a month, we went from one of the lowest unemployment rates on record to one of the highest. Yet because of the speed at which unemployment rose, reported unemployment does not reflect the situation on the ground.

To understand this crisis and prepare for the future, we can draw on several pieces of information to build a story about what the economy looks like right now and what it will look like in the future. The exact trajectory of what will happen from that point on is uncertain, but there are indications that the economic data is deceptively telling us things are better than they really are. This is because economic data is a rear-view mirror. For example, the national unemployment rate for April, released on May 8, was 14.7%.  North Carolina’s unemployment rate was released a little over a week ago and stood at 12.8%.  So North Carolina must be doing better than the nation as a whole and since we are now in Phase Two of reopening the economy, we will be back to normal in no time, right?  Not so fast.

Unemployment data, like most economic data, is released long after it is measured. So what we see is not what is happening now. The April unemployment figures were based on a survey that was taken in the second week of April, more than six weeks ago, and we have seen a continuing deterioration of the employment situation since then.

The May figures, released nationally on Friday (June 5) and statewide on June 19, will be based on the employment situation for the week of May 11 and will likely show a 20% to 25% unemployment rate in the state and nation. However, it is the first week of June, so what can you look at to see what is happening right now?

There are actually a lot of pieces of information that give us a better idea as to the current state of the economy. Four key pieces are: mass layoffs; unemployment claims; consumer income; and consumer spending patterns. These provide a mixed picture as to what is going on.

Unemployment claims are starting to come down, while consumer income is soaring because of government stimulus subsidies.

That is great news, right? As soon as the economy reopens, there will be a floodgate of spending, right? Not really.  People are scared of losing their jobs if they have not lost them already.  Most people live paycheck-to-paycheck and that stimulus will not last forever, so they save it or spend it only on necessities.

Mortgage and rent forbearance is at record levels. Consumer spending, which accounts for roughly 70% of our economy, is down an unprecedented 21% in just two months, despite mounting inventories. The government wants us to spend, but we either cannot or will not. This is not a good sign for future recovery.

Forsyth County will likely recover sooner than neighboring Guilford County. To understand why, look at mass layoff notices. Guilford County, which is only 50% larger in population, has had seven and a half times the number of mass layoffs, with over 700 people laid off from just one company, Quaintance-Weaver. Thus, provided the economy starts to recover over the summer, Forsyth will likely to be able to bounce back faster than our neighboring county, even though Guilford County qualified for a lot more stimulus money.

The lone Fortune 500 company with a headquarters in Forsyth County, HanesBrands, has been manufacturing masks and clothing for medical use and, as a result, has largely been able to maintain employment and has even seen its stock price rebound significantly from its lows earlier in the pandemic. While this one data point is not conclusive, when we examine all currently available data, it makes us realize that despite the horrific downturn in the economy that will continue over the next several months, we will recover from this.

Do not celebrate too soon. If you have not already, you should probably save that stimulus check for later, because things will likely get worse before they get better.