Raleigh, N.C. — The last thing you'd expect from new hardwood floors is splintering and peeling, but one local couple experienced just that.

New floors can be expensive, so seeing problems almost right away was not a good sign for Marci and Steve Fisher. At first glance, the Fishers brand new floors were perfect -- the color and wide plank style was exactly what the couple wanted. From a distance, the new floors looked amazing, but the Fishers noticed problems when they got closer.

"I took a picture saying, 'Look, doesn't this look great!,' and it did; from upstairs it looked really good," said Marci. "But then we started getting splinters."

The Fisher's brand new, $6,000 dollar engineered wood floor was splintering, flaking and even coming out in chunks. "One of the pieces was sticking straight up in the air," said Marci. "When I pointed it out to the contractor he reached down with a little utility knife and trimmed it and put a little glue on it and put that piece back down. If you run your hands across it, you'll catch a piece." 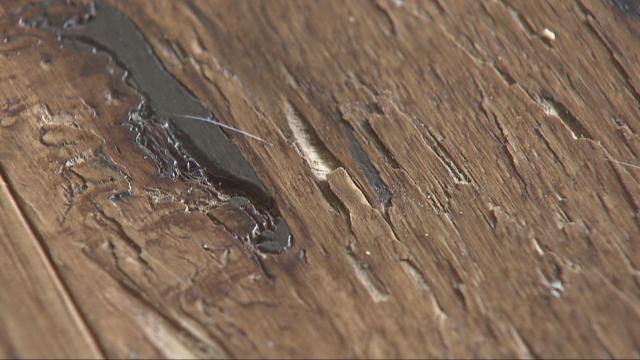 The floors were installed in November by Design Home Renovations, or DHR, out of Youngsville. The Fishers complained to owner Dana Sherron that, after more than two months of texts and phone calls, they were unsuccessful in trying to coordinate replacing the floors.

When they asked Sherron for a refund and didn't get one, they sued DHR in small claims court and won a $5,000 judgment, the maximum allowed in Franklin County.

Instead of paying the judgment, Sherron pushed to replace the floors. Fearing they'd end up with nothing, the Fishers agreed, until Sherron texted they'd have to release her from the judgment before work started. They were not willing to do that. 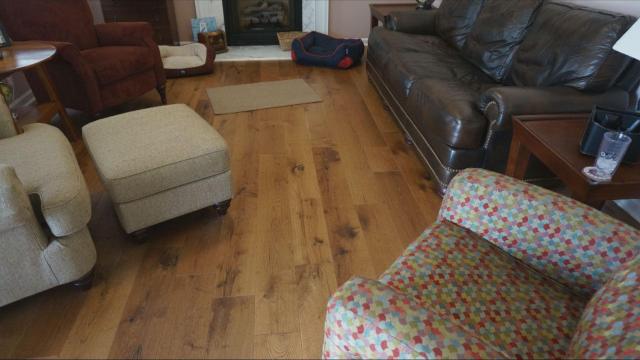 Sherron's attorney, John Austin, said, despite the judgment, the initial problem involved the product. He calls the dispute a miscommunication.

"I thought we were working out a deal to install new floors the whole time," said Sherron.

To that, Marci stated she didn't understand how Austin could call the incident a miscommunication.

"The thing is, if we do the work, we need the release, so it's like what comes first, the chicken or the egg?," said Austin. Eventually, Sherron paid the judgment.

"I wish things worked out this well for all people that have issues," said Austin. 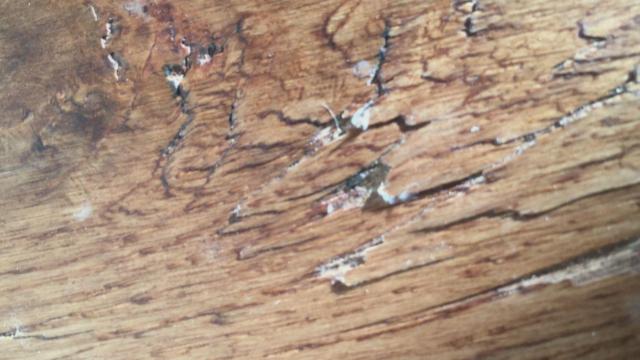 The Fishers certainly don't feel things "worked out well," but they are relieved to get their $5,000, plus court costs, back.