Young Women Have to Play Catch-Up in Retirement Savings 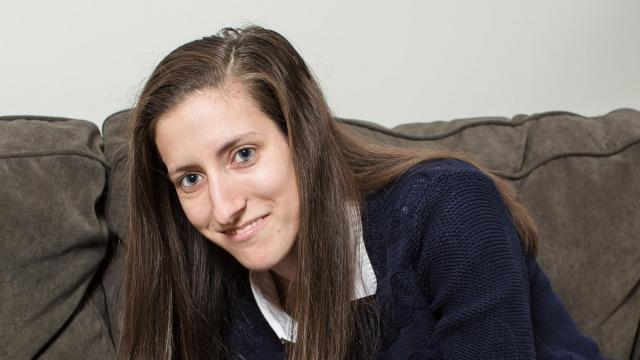 For Lindsay Corner, 25, saving for retirement has a greater urgency than for many of her peers.

“None of my girlfriends talk about it, but I feel fairly confident about managing money and finances,” Corner said. “I learned about it from my parents and, in college, I studied accounting and finance and took a personal finance class.”

Corner, a senior tax analyst from Durham, North Carolina, began setting aside funds as soon as she graduated in the spring of 2015. “My first employer offered a 401(k) retirement plan and matched 3 percent of my contribution. I contributed 15 percent of my salary,” she said.

She has since increased that amount to 18 percent. “Retirement does not seem like too far away to be saving for,” Corner said. “I can see why people my age might have that perception, but for me that wasn’t the case. Taking these classes in school really opened my eyes up to it. We would see examples: If you save this much now, this is how much it’s going to be worth later, and you would be, ‘Oh, my gosh, I would be crazy not to start to save early.'”

The fact is, unlike Corner, most younger women don’t discuss financial matters. According to a recent Merrill Lynch/Age Wave study, “Women and Financial Wellness: Beyond the Bottom Line,” among women of all ages there’s a social taboo against talking about money.

“Sixty-one percent of women would rather talk about their own death than money,” said Maddy Dychtwald, co-founder of Age Wave. “And only 46 percent of millennial women say they are confident in investing.” That’s a problem when you consider the future for many women. Women typically live longer than men — 81 years versus 76 years — according to statistics from the U.S. Department of Health and Human Services. By age 85, women outnumber men by 2-to-1 and a majority of centenarians are women, according to the Merrill Lynch/Age Wave study. This means that women are more likely to be on their own financially as they age.

“Living longer means you need more money for the extra years of living and health care,” said Cindy Hounsell, the founder and president of the Women’s Institute for a Secure Retirement, known as Wiser, a nonprofit organization dedicated to women’s financial education and advocacy. “And that creates serious problems for women — many who are divorced or widowed at older ages.”

In fact, women 75 to 79 were three times more likely to fall below the poverty level than men the same age, according to a report by the National Institute on Retirement Security.

An early start to retirement savings can help change that for younger women today, but for many women in their 20s, debt can be a stumbling block to savings.

The single greatest source of millennials’ debt comes from education loans and credit card bills, according to a 2018 Northwestern Mutual study. And the average card debt in the United States for someone under 35 is $5,808, according to the financial website ValuePenguin.

Women now earn 57 percent of bachelor’s degrees from American colleges and universities, but the American Association of University Women’s analysis of federal government data found that women are more likely to take on debt than their male counterparts — 41 percent of female undergraduates took on debt in 2015-16 compared with 35 percent of male undergraduates.

And it takes women longer to pay back those loans than it does men, in part because of the gender pay gap. Women working full time with college degrees make about 26 percent less than their male counterparts, according to the analysis. Lower pay means less income to allocate to debt repayment and to saving for retirement. The pay gap, however, is just one piece of the puzzle when it comes to the significance of increasing the savings of millennial women. An average woman spends 44 percent of her adult life out of the workforce compared with 28 percent for a man, according to the Age Wave calculation.

When a woman reaches retirement age, she’ll have earned a cumulative $1,055,000 less than a man who has stayed continuously in the workforce, because of the accumulated lifelong pay gap and interruptions to care for children, aging parents or a spouse, according to the Age Wave computation based on figures from the Bureau of Labor Statistics.

“Women in their 20s must make saving a priority, plan for career interruptions and look at saving as making an investment in their future self,” Dychtwald said.

It’s not just women, of course. About two-thirds of working millennials from ages 21 to 32 have nothing saved for retirement, according to a National Institute on Retirement Security report.

In part, the setback for both women and men in their 20s is the rise of the gig economy, and access to and eligibility for an employer retirement plan. While more than 94 percent of millennials like Corner, who are eligible for a workplace retirement plan, are saving, many don’t have access to an employer plan.

Sara Blandin, 28, a marketing director in Asheville, North Carolina, for instance, does not have access to an employer retirement plan. “A lot of my female friends are in the same boat,” she said. “I do have a savings account, and I am thinking about opening a Roth IRA as soon as possible.” Blandin had a retirement fund with one of her former employers. “Then I moved on to a different job, and I took that money out” — about $7,000, she said. “Isn’t that the craziest thing? I knew it was a bad idea, but I didn’t have an option. I needed to pay off the last of my student loans and credit card debts that had built up from buying furniture for my apartment and purchasing nice office clothes — I didn’t even have dress pants.”

More than half of investors ages 18 to 34 say they have taken money from a retirement account and paid the tax and penalty for doing so, according to research from E-Trade Financial. That figure has been growing steadily since 2015, when it was 1 in 3.

“The biggest challenge, honestly, is getting started,” Blandin said. “You get to this point when you are on your own, and you want to be responsible and put money away, and you realize it’s important, but knowing how to do that gets really complicated. There is all this financial jargon that is hard to understand and you kind of get stuck.”

But about 63 percent of women ages 18 to 29 say “financial planning is too difficult to even think about,” Dychtwald said.

Automating savings can help — even $25 per pay period, said Lazetta Rainey Braxton, a financial planner and founder of Financial Fountains in Baltimore. “It seems like nothing, but it’s the habit,” she said. “It’s not the dollar amount. Once they get going, they see they can do that, and they can up it to $50, then to $100. It’s not hoping that someone will do that for you later in life. It’s self-care. You have to value yourself first. It will dictate your future financial well-being.”

One way Blandin is seeking extra funds to open a Roth IRA is “a side hustle,” she said. “I do sports and concert photography. A lot of my girlfriends do side hustles. One of my friends cooks vegan food, and she caters events. There are people who pick up bar shifts. It’s nice because you can do it within your passion.”

Developing a contract side gig through an online freelance marketplace like Upwork or Fiverr, or selling craft items on eBay or Etsy, “is a great way to have an incremental pot on the side to use for savings,” Braxton said. And Blandin makes it a point to negotiate her salary. “I revisit my pay with my boss regularly and set time aside to discuss everything that I’m doing.”

Negotiating for higher pay can make a big difference in the amount young women can set aside for retirement. “I am encouraged by what I see,” Braxton said. “I have several 20-somethings who have sought me out for help. I encourage them to negotiate as much as they can for salary because more money means more resources all the way around for the rest of their lives.”

Women in their 20s also tend to spend more than their male peers on living in a safer neighborhood, where rents might be higher, said Tricia Rosen, a financial planner and founder of Access Financial Planning in Andover, Massachusetts. “And they spend more on transportation, say, taking an Uber or a Lyft, rather than walking, which isn’t wrong, but can add up."

To making retirement saving relevant for women in their 20s who, unlike Corner, don’t see the long game, “you need to get rid of the word retirement planning,” Rosen said. “Make it goal planning — that makes it more meaningful.”