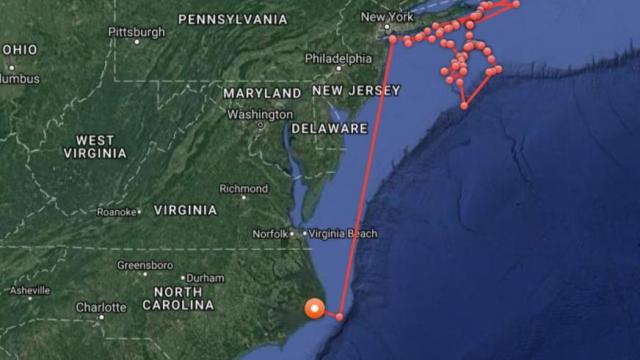 Outer Banks, N.C. — A great white shark has been lurking off the coast of North Carolina this week, according to Ocearch.

Ocearch is a non-profit organization researching great white sharks and other large predators. They catch and tag the animals to track their locations online.

Tuesday night, Bruin pinged again near the coast. Ocearch is investigating whether or not Bruin was in the Pamlico Sound that time.

Bruin, who is considered an immature shark, was first tagged in Montauk, New York in August. This week marks the first time he traveled south toward North Carolina.