You may get nostalgic for lower gas prices this year 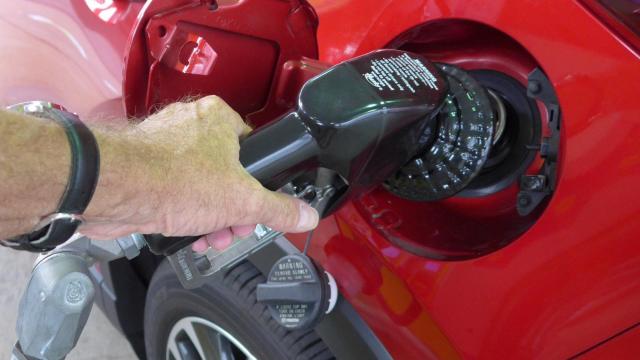 Those days of cheap gas in Florida may be in the rearview mirror.

Last year sucker-punched consumers' wallets to end with the highest gas prices in three years, after swings of 25 cents some weeks. And while there is likely to be some short-term relief initially, experts say this is just the beginning for pain at the pump in 2018.

Higher energy prices will likely drive gas up nationally to $2.51 per gallon on average this year -- 12 cents more than last year, according to the Energy Information Administration. GasBuddy.com, a gas price tracker, forecasts an average of $2.57 per gallon in 2018.

The good, short-term news: "After a quick jump at the pump last week, prices are relatively stable right now across the southeastern U.S. and should begin to take a downward turn soon," Mark Jenkins, spokesperson at AAA the Auto Club Group, said in a release.

Prices in Tampa Bay hovered at $2.42 per gallon Wednesday, just behind the state average of $2.45 per gallon. Nationally, gas averaged $2.49 per gallon.

Heading into 2018, GasBuddy expects fuel rates to top out before they hit $3 per gallon, but areas such as Tampa Bay "may get within arm's reach of such prices," GasBuddy said in its annual forecast.

The reason for such high prices is a combination of the Organization of the Petroleum Exporting Countries' influence and economic conditions.

"The pump-price plunge has faced resistance from oil prices, which have been trading at two-year highs," AAA's Jenkins said. "Oil analysts believe the oil market is somewhat inflated due to geopolitical tensions and supply concerns."

And competition between gas stations could also push prices up. GasBuddy noted significant discrepancies between sellers in the same areas, as well as anecdotal issues from motorists.

"It's become nothing short of crazy how one station might sell gasoline 20 to 40 cents lower or higher than a nearby competitor," said Patrick DeHaan, head of petroleum analysis at GasBuddy.

And those are only the known issues. Storms also have the potential to impact gas prices as they did this year.

"Even one event can completely change trajectory of fuel prices for months," DeHaan said. "Look what impact Hurricanes Harvey and Irma had on gas prices and availability."