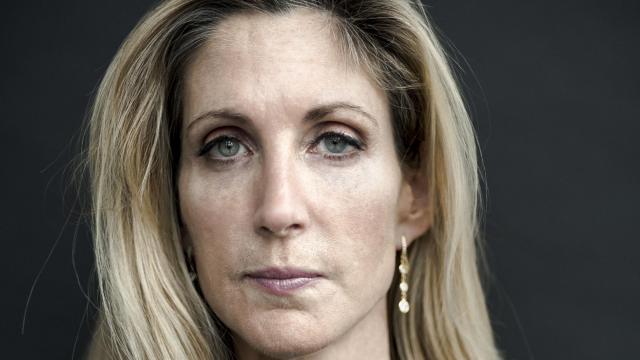 You don’t have to go deep into the internet to find the baseless conspiracies that provided a backdrop for mass murder in Pittsburgh and the recent pipe-bomb mailings to Barack Obama, the Clintons, George Soros and CNN. They are served up in plain sight, for profit, at airport bookstores, at movie-theater chains and on cable television.

They come by way of publishing houses like Hachette and Penguin Random House; film distributors like Universal Home Studios and Lionsgate; theater chains like AMC and Cinemark; and 21st Century Fox, the parent company of Fox News.

Those companies have all helped feed a segment of the media business that should be called what it is — the Incitement Industry.

It rakes in profits by serving up agitprop that targets liberals, Democrats and “deep state” operatives who are said to be plotting to destroy America for the benefit of darker-skinned migrants or a shadowy consortium of elites.

You can see this kind of thing in the pages of “Liars, Leakers and Liberals” by Fox News opinion host Jeanine Pirro. Published in July by Center Street, a division of the Hachette Book Group, Pirro’s book lays out “the globalist, open-border oligarchy” that, the author asserts, is seeking to nullify the results of the 2016 presidential election.

“The perpetrators of this anti-American plot include, but are not limited to, the leadership at the FBI, the CIA, NSA and other intelligence agencies, the Democratic Party and perhaps even the FISA courts,” she writes.

Another recent best-seller in the same vein, “Resistance Is Futile!” by conservative provocateur Ann Coulter, was published by Sentinel, an imprint of the publishing giant Penguin Random House. It argues that the “resistance” that sprang up in the wake of Trump's election is “nothing less than a coup.” And it lights into a conveniently vague villain — “the media” — in a chapter titled “For Democracy to Live, We Must Kill the Media.”

“The media’s position is that they’re allowed to engage in lies, deception and even illegal acts to swing an election,” Coulter writes.

A similar point of view characterizes the films of Dinesh D’Souza, the polemicist who had pleaded guilty to making illegal campaign contributions in 2014, only to be pardoned by Trump this year. Moviegoers did not have to go out of their way to catch D’Souza’s most recent effort, “Death of a Nation.” The film had a wide release last summer, playing in more than 1,000 theaters, including those belonging to the AMC and Cinemark chains.

The film makes the case that the Nazi platform was similar to that of today’s Democratic Party. Prominent among its villains is George Soros, who was allegedly sent a pipe bomb by Cesar Sayoc Jr., who also is accused of sending similar packages to Hillary Clinton and Obama.

The PG-13 rated film had a box office take of roughly $6 million, which paled next to the $33 million brought in by “Obama’s America,” a 2012 film by D’Souza that claimed Obama, as the president, sought to destroy the United States from within to sate the “anti-Colonialism” impulses of the African father he hardly knew.

“Death of a Nation” will have a second life on the streaming platforms Amazon, iTunes and Google Play, as well as on DVD, sold at Walmart, Best Buy and other retailers. The distribution is being handled by Quality Flix and Universal Pictures Home Entertainment.

The Incitement Industry can also be a driving force at Fox News, which has lately featured guests who have asserted without evidence that Soros financed the migrant caravan making its slow way toward the southern border of the United States. Someone who shared that view was the man charged with killing 11 congregants during a hate-driven shooting rampage at the Tree of Life synagogue in Pittsburgh.

The Fox Business Network opinion show “Lou Dobbs Tonight” was the setting for two particularly glaring assertions. Dobbs played the friendly interviewer as Chris Farrell, a director of a right-wing activist group called Judicial Watch, said that “the Soros-occupied State Department” was involved in the migrant caravan. After his appearance on Dobbs’ program, Fox News condemned the statement and said that Farrell would no longer appear on the network.

Another guest on “Lou Dobbs Tonight,” author Sidney Powell, likened the caravan to an “invasion” that was leading to “diseases spreading across the country that are causing polio-like paralysis of our children.” In that case, Dobbs pushed back, saying, “You can’t very well blame that disease on illegal immigrants.”

The hysteria led Bill Kristol, the conservative Republican who was once a regular on the Rupert Murdoch-owned Fox News, to tell Brian Stelter of CNN that it was time for Fox’s owners and investors to take a hard look at the rhetoric spilling out of its news channel.

And Fox News anchor Shepard Smith, who has become something of an in-house ombudsman for the network, told his viewers on Monday, “There is no invasion. No one’s coming to get you. There’s nothing to worry about.” There is certainly enough hyperbole to go around. Earlier this week GQ correspondent Julia Ioffe apologized for saying on CNN that Trump had “radicalized so many more people than ISIS ever did.”

Violent acts, it should be noted, are the responsibility of those who commit them, and the perpetrators have various ideological motivations. But the grist for emotionally disturbed or just plain violent people has never seemed so readily available.

“It might be fun or profitable for people to take up a megaphone against others,” said James Alefantis, the owner of Comet Ping Pong in Washington, the site of the internet’s “pizzagate” conspiracy. “The fact is, it takes just one individual to decide to take violent action.”

Alefantis’ livelihood suffered last year when a gunman — who was supposedly “investigating” the theory that the restaurant housed a Clinton-run child prostitution ring — fired an AR-15 rifle at his place of business.

Alex Jones of Infowars got rich by promoting conspiracies like that one, as The New York Times has reported. While he is in his own category, Jones got his message out to a mass audience through the tech giants YouTube, Facebook, Twitter and Apple — which eventually cut ties with him under intensifying criticism of their failure to curb the spread of misinformation. That, in turn, fed complaints among some conservatives that Silicon Valley, under pressure from liberals and the news media, was guilty of thought-policing.

But where is the line between falsehoods that may incite violence and good, old-fashioned American political hyperbole? And should book publishers and entertainment companies be more careful about the products they send out into the world in a tense sociopolitical atmosphere?

“I don’t want some publisher telling me that something is beyond bounds,” Kristol told me in an interview. “I’m a libertarian on points of view and even interpretations of history.”

But after noting that conspiracy theories of recent vintage have whipped up fear and hatred, Kristol added, “There are things that normal fact-checking would rule out. It’s not a matter of ideology; it’s truth.”

I asked Hachette, the company behind “Liars, Leakers and Liberals,” whether Pirro’s statement that Soros has “an agenda to destroy this country and the capitalist system” had passed muster with the publisher’s editors and fact-checkers. I got no answer.

Sentinel, the division of Penguin Random House that published Coulter’s recent best-seller, was at least willing to engage. Its publisher, Adrian Zackheim, told me the author’s views were “expressions of opinion.”