Yet Another Worrisome Subway Statistic: More People Are Going on the Tracks 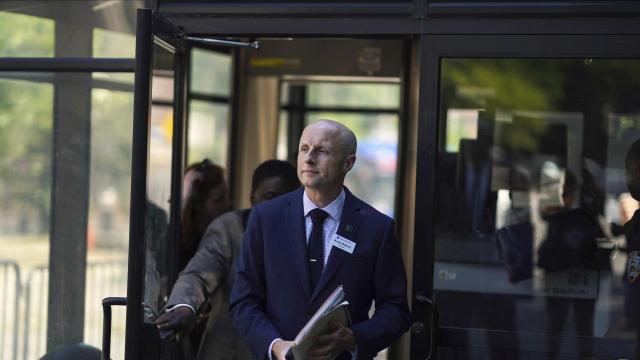 NEW YORK — The man stood casually on the subway tracks, his face showing no sign of terror as he stared down a 360-ton train.

The train operator spotted him and stopped the train just in time, sparing his life. Then the man climbed onto the platform and disappeared.

“It was totally bizarre how he was so calm,” Doug Latino, a subway rider, said of the man he recently saw on the tracks at Grand Central Station in Manhattan.

Anxious witnesses were relieved that the man survived, but frustrated that the incident set off a cascade of train delays.

The episode was also far from unusual. As subway officials work to pull the system out of crisis, their effort to run trains on time is hampered by ancient signals, creaky trains and, increasingly, by people venturing onto the tracks — sometimes in a suicide attempt, but more often for other reasons. There were nearly 900 incidents last year in which someone was on the tracks or was hit by a train after getting too close while on the platform.

This year, the number of incidents is on pace to rise even higher — a worrisome trend that subway officials are struggling to curtail.

“In New York, we have more incidents of people on the tracks than anywhere else I’ve worked,” Andy Byford, the subway’s leader, said in an interview. Byford has also been a top transit official in London, Sydney and Toronto.

“It’s a real challenge and it’s one of the many factors we need to tackle in this all-out push to improve the reliability of our service.”

There are many reasons people end up on the tracks: Passengers are drunk, confused or urinating, or they drop something and try to retrieve it on their own. Escaped prisoners have even climbed on the rails.

In a small number of horrifying cases, someone is pushed off the platform.

Subway leaders do not know for certain why the incidents have increased, though they speculate it may be in part because of the many homeless people who frequent the system or the ubiquity of expensive smartphones that drop to the tracks.

Last year, only 43 of the incidents were believed to be suicides or attempted suicides, subway officials said, noting that it is often difficult to determine what motivates people.

Byford said he understands that some tragic cases involve New Yorkers with emotional problems. But as the situation gets worse, he wants everyone else to hear a clear message: Being on the tracks is dangerous and could lead to criminal charges.

“I have little sympathy for those who think it’s funny to go run around the tracks or who go down to urinate,” he said. “I have no sympathy for them because it causes huge delays.”

Most transit systems wrestle with the problem of riders climbing onto the tracks, but the challenge is more pronounced in New York, where there are more than 5 million daily riders and a sprawling system of 472 stations — the most stations of any subway in the world. Cities including Paris and Hong Kong have installed walls and platform doors at some stations to curb the problem.

In New York, each incident can take an hour to 90 minutes to resolve, depending on where it happens and whether the power to the rails is cut off, Byford said. If someone dies on the tracks, the time needed to restore train service can stretch even longer since the train crew must wait for law enforcement to remove the body.

On Thursday, an “unauthorized person on the tracks” in Brooklyn wreaked havoc on the A line. Power was turned off on the tracks in both directions for half an hour while police searched for the man.

People who deliberately go onto the tracks can be charged with criminal trespass, a misdemeanor.

The incidents are also disturbing for subway workers and other riders who witness a gruesome death or injury. “It’s unbelievably traumatic for the train crew,” Byford said.

There have been a series of heartbreaking cases, including a woman who jumped onto the tracks with her 2-month-old baby this summer. But there have also been bizarre episodes — a woman strolling down outdoor tracks in Brooklyn last year, confounding other riders — and reports of frustrated riders escaping from stalled trains.

With a system that runs around the clock and no barrier standing between riders and the tracks, it is impossible to keep people from ending up where they should not be. But subway riders might not realize how perilous the tracks can be. They could be electrocuted by the third rail, a steel column that carries a wallop of 600 volts of electricity. It is also difficult to pull yourself back onto the platform once you are on the tracks.

“Don’t even think about it,” Byford said. “If you drop something, let us know. Do not go on the tracks under any circumstances.”

One solution that has been discussed for at least a decade is platform doors. London, for example, has glass walls lining some platforms to prevent people and objects from falling onto the tracks. But they are expensive, and officials at the Metropolitan Transportation Authority, which oversees the subway, have said that installing them across the system could cost more than $1 billion.

In June, Byford postponed a platform door trial at the Third Avenue station on the L line in Manhattan, instead choosing to spend the money on installing elevators at a different station.Byford said he understood the benefits of platform doors, but they were not a “cheap, quick or easy fix.” He instead wants to prioritize improving accessibility for wheelchair users.

For now, officials are working with the police to remove people from the tracks quickly and with social service agencies to help the homeless. If riders see someone who is distressed, they should press a button on a Help Point column or notify a subway worker.

This year, there have been 621 subway incidents involving a person who is on the tracks or struck by a train — a figure that puts the agency on pace for more incidents than last year. The problem is hardly the biggest cause of subway delays. There were more than 72,000 delays in June, according to statistics from the Metropolitan Transportation Authority. About 1,500 trains were delayed by people on the tracks — about 2 percent of total delays. About 7 percent of weekday delays were caused by signal failures and about 26 percent were blamed on planned maintenance work.

Byford has promised to cut the number of monthly train delays by 10,000. More than a year after officials began a rescue plan to fix the subway, delays have remained persistently high. The on-time rate still hovers around 65 percent — about the same as a year ago and the lowest rate since the transit crisis of the 1970s.

For train crews, dealing with a death on the tracks can have a lasting impact. Zachary Arcidiacono, who joined the agency as a train operator in 2007, said workers sometimes have nightmares and panic attacks.

“Some people are deeply affected by it,” said Arcidiacono, who is a leader at the Transport Workers Union Local 100, which represents thousands of subway workers.

Then there are the delays anytime someone is on the tracks. Latino was on his way to a business meeting in lower Manhattan when he saw the man at Grand Central Station last week. Trains were stopped on the No. 4 line, so he walked to the F line. It was a hot day, and he began to sweat. He could not help but be annoyed.

“I was completely sopping wet,” he said, “by the time I got where I was going.”