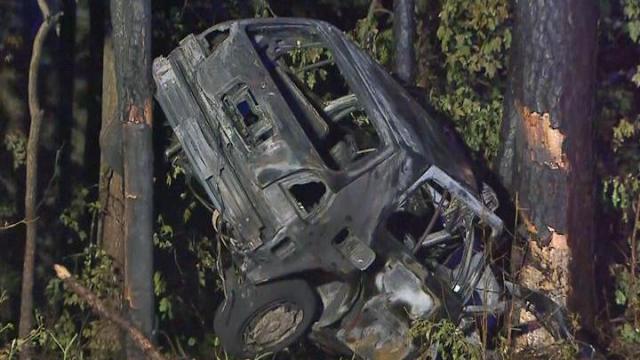 North Carolina State Highway Patrol troopers said the 25-year-old man, whose name has not been released, lost control of his car and crashed into the woods at about 2:30 a.m. near Brayton Park Place.

The car caught on fire, and he got out and ran into the woods. Troopers say the man accidentally ran into a yellow jacket nest and was stung. Emergency officials tried to help, but the wasps slowed their progress.

The man was taken to a hospital, but his condition was not released. Troopers say alcohol and speed were factors in the crash. Charges are pending.