Years After Plea Deal in Sex Case, Jeffrey Epstein’s Accusers Will Get Their Day in Court 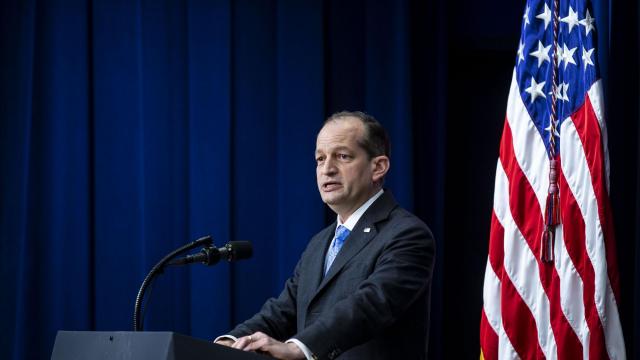 MIAMI — The sordid case against Jeffrey E. Epstein, who was accused of paying dozens of underage girls for sexual massages in Florida, appeared to end a decade ago. The wealthy New York financier struck a deal to avoid any federal criminal charges, enraging some of his victims who got no say in the agreement, which they deemed far too lenient.

But the victims and their lawyers have continued to fight in civil court, long after Epstein, who pleaded guilty to lesser state charges of soliciting prostitution, completed his sentence in a county lockup, registered as a sex offender and became a free man.

Jury selection is scheduled to begin next week in a West Palm Beach, Florida, courtroom for a civil trial that — for the first time — could give Epstein’s victims, who are now adults, a chance to publicly testify about their attempts to win justice after the sexual abuse they endured as children.

Epstein’s accusers could take the witness stand just days after a local investigative report published new details on how Epstein preyed on young teenage girls — and how prosecutors appeared to buckle to pressure from Epstein’s high-powered defense lawyers to keep him from ever doing serious time in prison.

The report published Wednesday by The Miami Herald reached all the way to the nation’s capital: The former chief federal prosecutor in Miami who signed off on Epstein’s plea deal, then-U.S. Attorney R. Alexander Acosta, is now President Donald Trump’s labor secretary. Acosta had recently been mentioned as a long-shot candidate to replace former Attorney General Jeff Sessions.

Acosta’s critical role in accepting the 2007 nonprosecution agreement that protected Epstein from any federal charges was documented before Acosta’s Senate confirmation hearing last year. But The Herald report, which quoted victims and police investigators who had never spoken publicly before, brought fresh scrutiny in the #MeToo era to the government’s actions 11 years earlier.

On Thursday, a Labor Department spokesman pointed to Acosta’s past remarks on the Epstein case, including during his confirmation hearing in March 2017, and directed new questions to the U.S. Attorney’s Office for the Southern District of Florida, which did not respond to a request for comment.

“Where’s the righteous indignation for these young women?” said state Sen. Lauren Book, a South Florida Democrat and survivor of childhood sexual abuse. “Is it because he has a private plane? Is it because he has the money to be able to circumvent the system? Well, then that means the system is unfortunately broken, and we have to fix it.”

During their investigation, law enforcement officers found that Epstein — a former hedge fund manager who was friendly with the likes of Prince Andrew, the Duke of York; former President Bill Clinton; and Trump — paid dozens of girls cash to engage in the illicit sexual activity. The encounters took place from 1999 to 2005 in Epstein’s mansions in Palm Beach, New York and the U.S. Virgin Islands. Some of the girls were runaways or foster children without permanent homes; in some cases, Epstein would ask them to recruit other girls, his victims told the police.

One girl told the FBI in a 2007 interview that she began visiting Epstein when she was 15 to give him massages — first in her underwear, then in the nude — for $200 each, court records show. The massages turned increasingly sexual, and Epstein also had the victim, who was identified at the time only by her initials, C.W., because she was a minor, bring other girls who worked with her in a local strip club.

The authorities identified more than 30 victims. In its latest report, The Herald located about 60 and spoke to four of them on the record — including Courtney Wild, who is now 31.

Acosta’s office drafted a 53-page federal indictment against Epstein that carried a potential punishment of up to life in prison. The indictment was ultimately shelved. Epstein pleaded guilty to state charges of soliciting a minor for prostitution. He registered as a sex offender, paid damages to victims and served 13 months in the Palm Beach County Stockade — the local jail — under an extraordinary arrangement that allowed him to work out of his office six days a week.

“There was nothing normal about this case,” said retired Police Chief Michael Reiter of Palm Beach, who said he had turned the investigation over to federal prosecutors when state prosecutors waffled on filing serious charges. “So many people, primarily the victims, paid so dearly for how this was handled from the government.”

Not one of Epstein’s victims was initially informed of the nonprosecution agreement, whose terms called for it to be kept secret. It was not until afterward that victims and their lawyers learned that no federal prosecutions against Epstein would be initiated. The secret deal prompted two of the victims, identified in court records as “Jane Doe 1” and “Jane Doe 2,” to sue the government, claiming that the agreement had violated the federal Crime Victims’ Rights Act, which grants victims the right to be informed of crucial steps during a prosecution, such as plea negotiations. Bradley J. Edwards, the lawyer representing Wild and other victims, wrote in a court filing that had the women known about the nonprosecution agreement, “they would have taken steps to object” to the deal, perhaps appearing in person to appeal to the judge to reject it. The victims’ rights case, which began in 2008, is still pending. Edwards did not respond to an interview request Thursday.

The case set to begin with jury selection Tuesday is a separate civil matter that also involves Edwards. He is suing Epstein, claiming malicious prosecution; Epstein had earlier claimed that Edwards’ civil cases involving the Epstein victims helped to finance an unlawful Ponzi scheme being run by Scott Rothstein, a partner in Edwards’ former law firm. Epstein dropped his lawsuit after Rothstein said Edwards was not involved in the financial scheme. Edwards then countersued.

The lengthy pretrial proceedings have involved a number of depositions, including of Epstein, who has repeatedly invoked his Fifth Amendment right to avoid self-incrimination. Several of Epstein’s victims are on the witness list, though when they could be called to testify is unclear.